I wanted more blueberry bushes. Right now I only have about fifteen or so, and frankly I'd be in the market for a hundred (we love blueberries). But they're so expensive! Young blueberry bushes cost somewhere on the order of $10 each, well outside our budget in any appreciable quantity.

So... I decided to propagate my own.

First thing I did was watch a YouTube video on propagating. 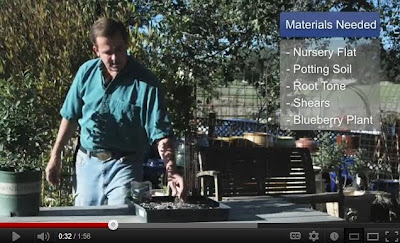 Seemed simple enough, except there was no way I was going to spend money on perlite and peat moss. I decided to make my own potting soil.

I started with some topsoil. We don't have too much left over from the truckload we bought last year, but there was plenty for this project. 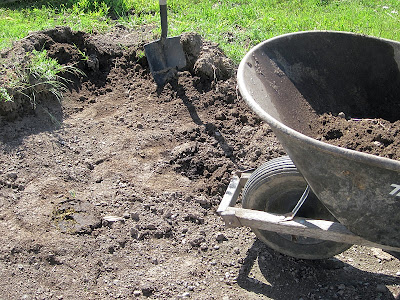 What else to add? Composted manure, of course. Got plenty of that. 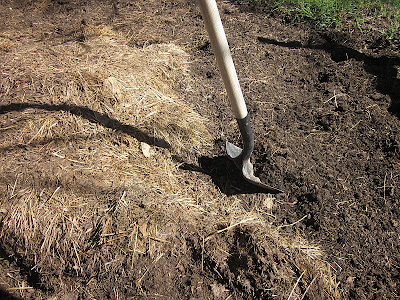 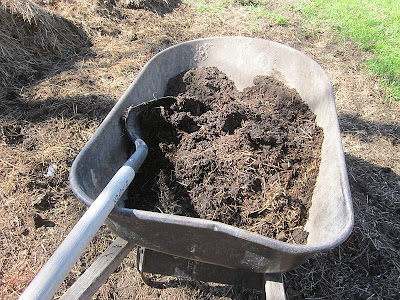 Somewhere I had a box of azalea fertilizer (which is acidic; blueberries like acid soil) but you think I could find it? NoooOOOooo. So I decided to add some composted sawdust, which is acidic. I trundled the wheelbarrow over to the oversized discard pile outside the shop, which has (ahem) plenty of sawdust mixed in. 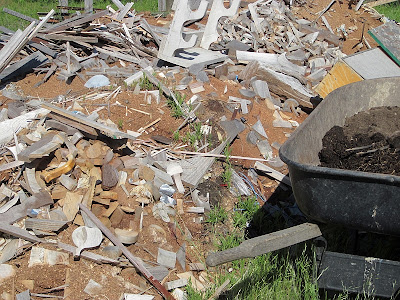 I pitchforked a generous amount into the soil. 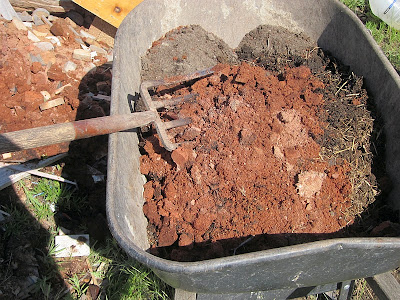 Then just for the heck of it, I added a sprinkling of granular fertilizer. 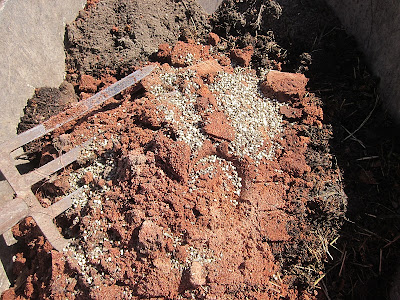 I gave everything a good mixing... 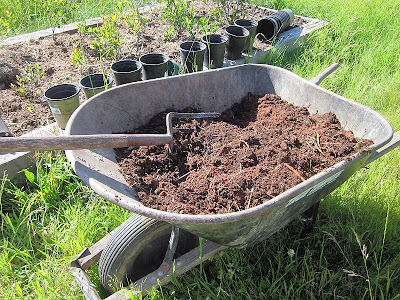 ...and then I was ready to fill some gallon-sized pots (I keep a stock of these in the greenhouse for just such an occasion). 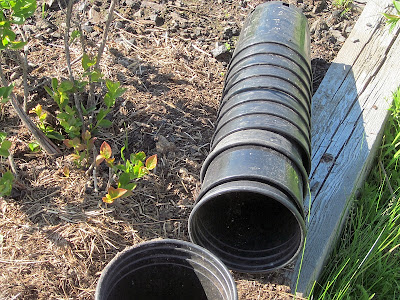 I filled as many pots as I had soil for, which turned out to be twenty-two. 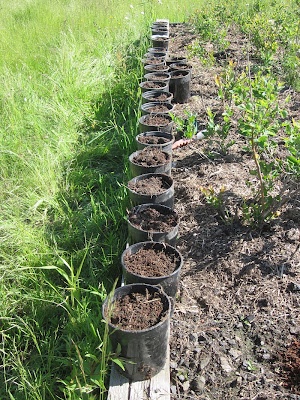 Now it was  time to start propagating. A few weeks ago in anticipation of this project, I purchased the most critical item: a small container of rooting hormone. It only cost about $5 and (apparently) is essential to the successful propagation of blueberries. In nature these bushes propagate vegetatively (underground), but in nurseries they're progagated with the help of rooting hormone. 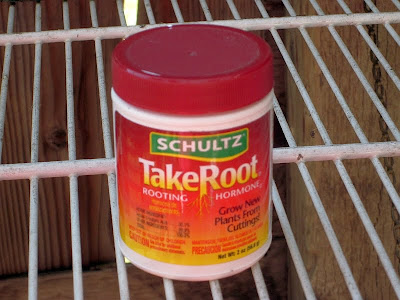 Next I snipped about four inches from the tip (apex) of a plant. 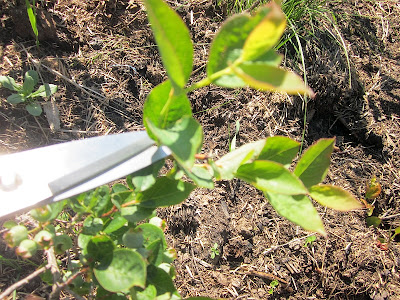 I nipped (not tore, but nipped) the lowest leaf from the base, then dipped the cutting in water. 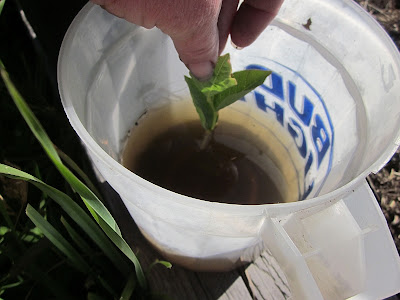 Then I dipped it in the rooting hormone, which is powdery (apparently there are also liquid versions available). 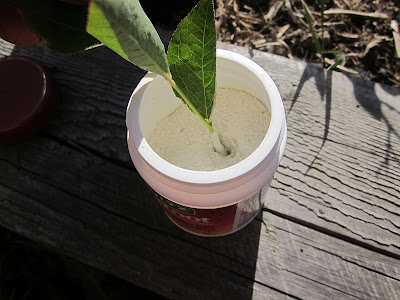 I tapped off the excess hormone... 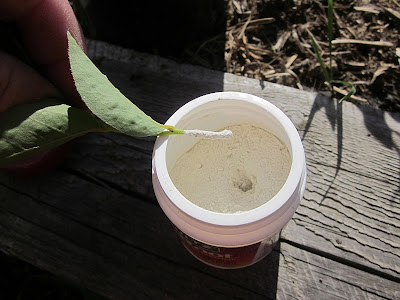 ...then carefully inserted the cutting into the soil. 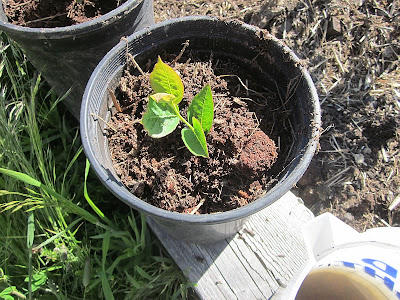 I repeated this process for all 22 pots. 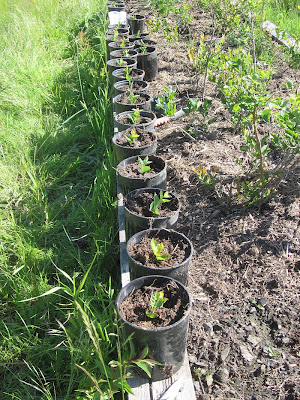 I scattered the pots among the rest of the blueberries and gave everything a gentle watering. 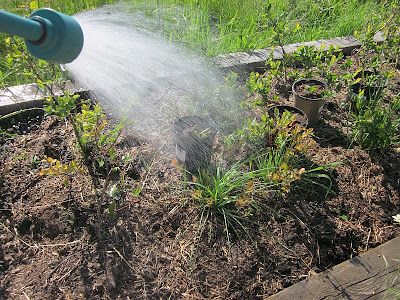 And that's it! The whole project from start to finish took less than an hour, and most of that was taken up in making the potting soil. 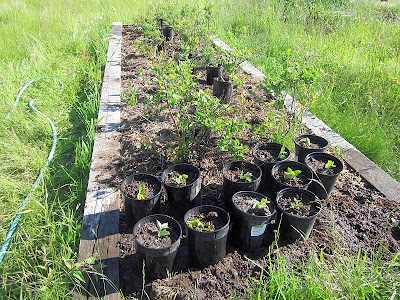 Will this work? No idea. The YouTube video did warn that not all cuttings will propagate successfully. But what the heck, it's an experiment, and it was virtually free. And if all the cuttings grow, I potentially saved myself $220. Can't beat that!
Posted by Patrice Lewis at 6:00 PM