Last year at a local antique store, we purchased a weird-looking meat grinder thingy. It's made of cast iron and very heavy. 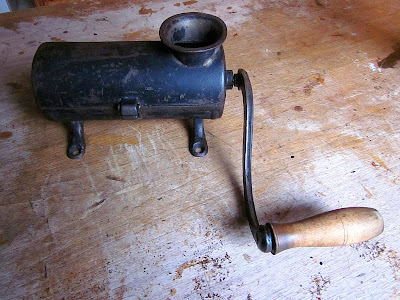 At the time we got it, it was rusty, and since we'd never used it, it stayed rusty. But during hunting season last year, a neighbor (who bagged his deer) called and asked if we had a grinder he could borrow. We warned him our antique was rusty and may not work well, but he took it anyway... and then wire-wheeled it and cleaned it up beautifully, ground up his meat, and returned it in far better condition than we got it. (That's a good neighbor.) 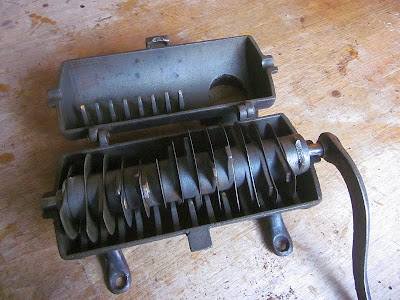 Anyway this week we ran out of the bacon bits I'd canned up earlier. So I purchased several packs of bacon ends to cut up, fry down, and can.

It's the cutting up part that's a pain. So -- why not try the grinder? 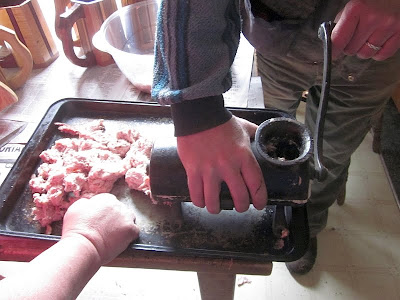 We quickly discovered a couple of things. One, if we're going to use this grinder on a regular basis, we'll have to mount it on something. Trying to crank it while holding it down was tough.

Two, the blades are dull. No surprise, considering its age. Make a note, sharpen the blades.

Three, don't overstuff. The more meat being processed through, the harder it is to crank. Feeding it at a moderate pace works better. 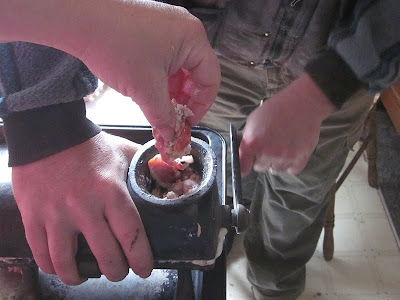 But it worked just great! 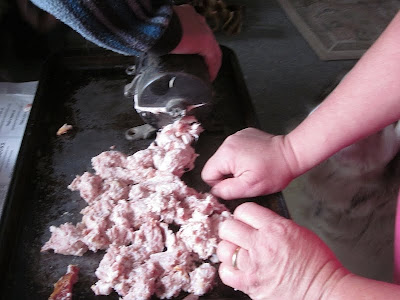 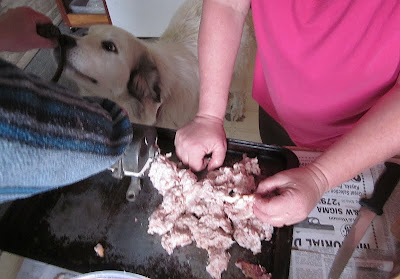 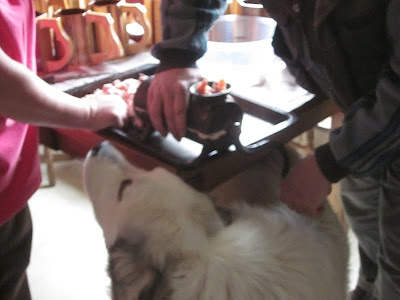 The meat was ground so fine I wasn't sure how it would fry up into bacon bits. So we ground just one package and tried frying it up first. 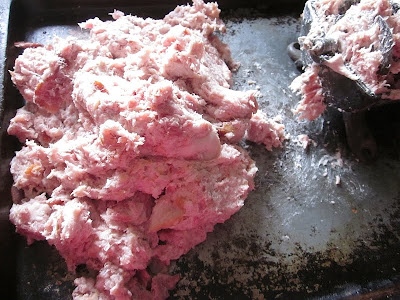 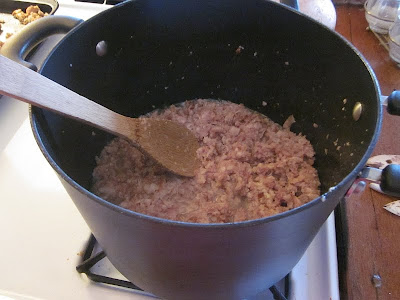 It fried up just beautifully... 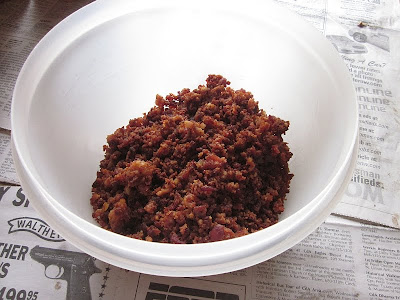 ...so we went ahead and ground up the rest of the meat. Here are some neighbor kids joining in the fun. Many hands make light work! 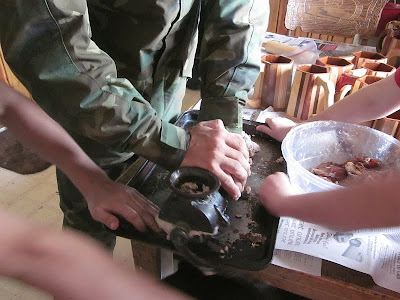 When all the meat was ground, I opened the grinder to remove the stuff still caught in the blades. 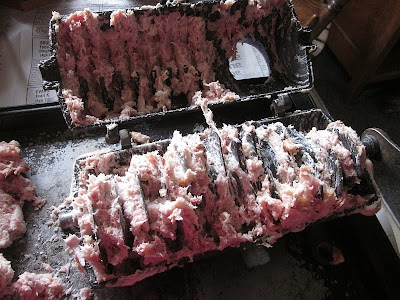 It wasn't hard, and only took a few minutes. 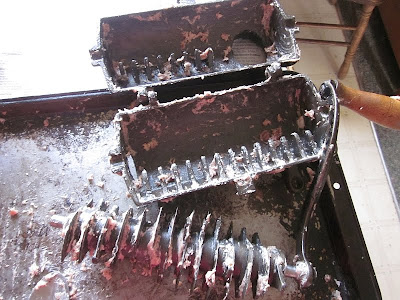 Ah, now cleaning it... that was a different story. What a hassle. Make another note, only use the grinder when there's a lot of meat to grind. Otherwise the cleanup procedure isn't worth the effort. Fortunately the blades can all be removed, but it still means that each part must be scrubbed separately. 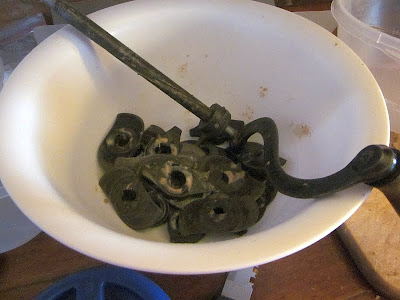 Cleaned and ready to go for the next time... 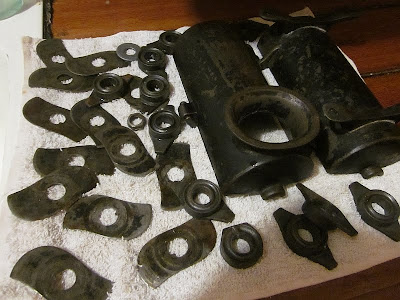 Despite the hassle of cleaning (which, frankly, would be inescapable even with a new meat grinder), I'm more than pleased with how this antique performed.

I think it's a valuable thing to start collecting hand tools of assorted varieties, both shop tools and kitchen tools. This antique grinder now has an honored place in our pantry.
Posted by Patrice Lewis at 6:57 AM