Ug, there is nothing worse than looking out one's window and seeing the cattle where they shouldn't be. In this case, they were in the wheat field. Ack! 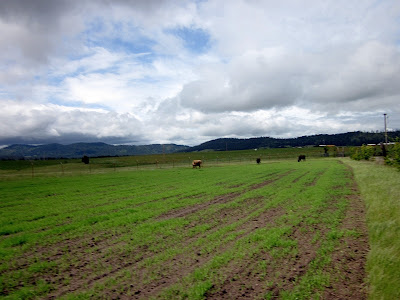 Yes, three members of the brat pack had jumped over the admittedly bad fence right into the sweetest, most tender grass they could imagine. Kids in a candy store! 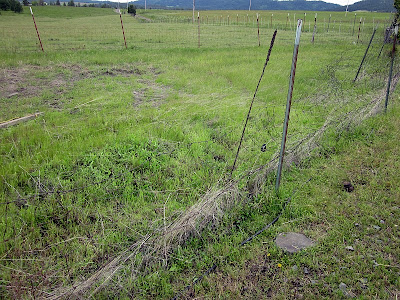 Don was away from home, so I marshaled my remaining troops and armed them for battle. 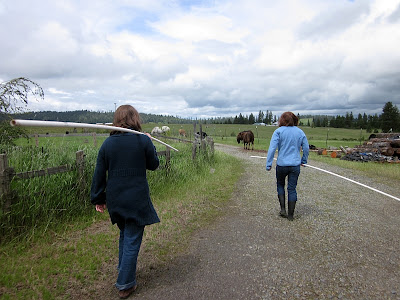 I stationed Older Daughter at the gate to keep the other cattle from sneaking into this fabulous candy store. 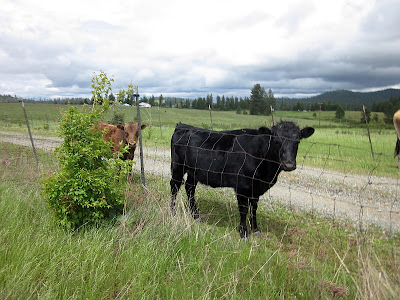 Meanwhile Younger Daughter and I shooed some seriously reluctant yearlings out of the goodies. 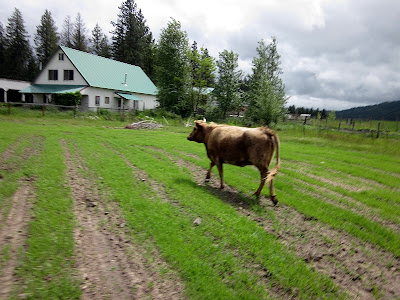 The Brat Pack looked inclined to hop right back over the (admittedly bad) fence, so we decided enough was enough. Until we could get the fence repaired, everyone was going back into the pasture. Cattle drive! 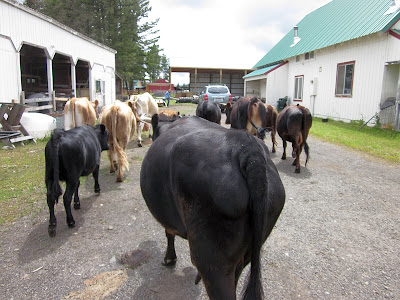 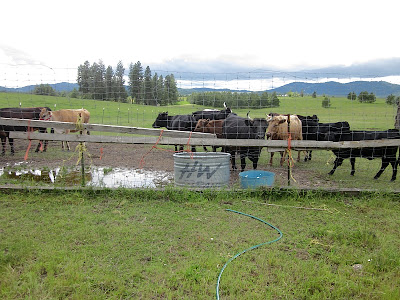 And that's where the critters stayed for the next week. Until Friday night, when we had a storm to beat all storms and the poor beasties were out in some of the heaviest rain I've ever seen, without access to shelter in the barn. Friends who lived only a couple miles away reported quarter-sized hail, though thankfully we didn't get any. 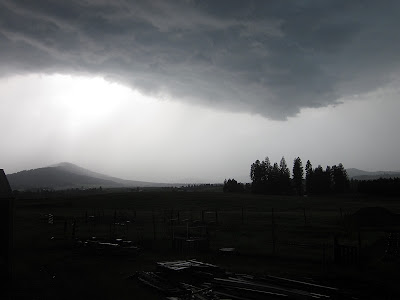 So when another storm cell of similar intensity loomed yesterday, Don and I knew it was time to hastily repair the fence and let the cattle back into the driveway area with barn access. 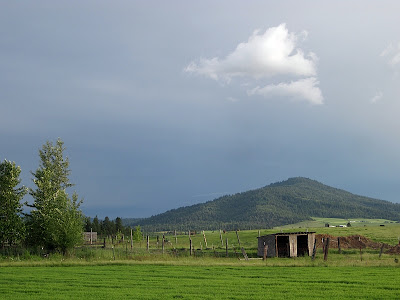 According to the Doppler radar, we only had about twenty minutes to get ready before we had that storm cell on top of us again, so Don and I leaped to work. 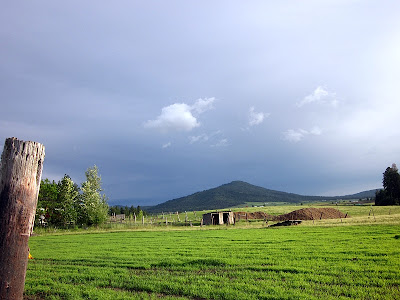 We ran a sturdy two-strand wire and Don secured it firmly to the corner post. 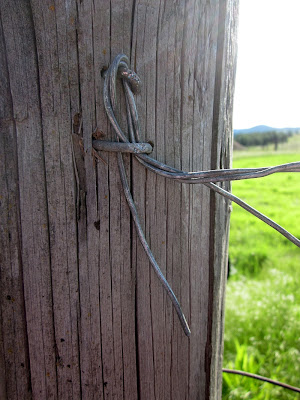 Then he ratcheted it tight until it was high-tension. 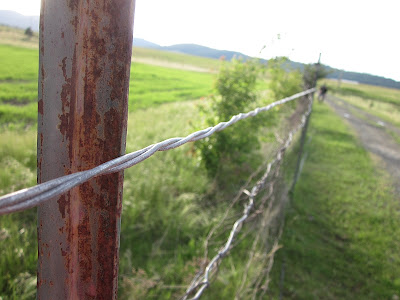 Then we started threading wire from the fence top to the high-tension wire, similar to what we did a couple weeks ago on other fences. 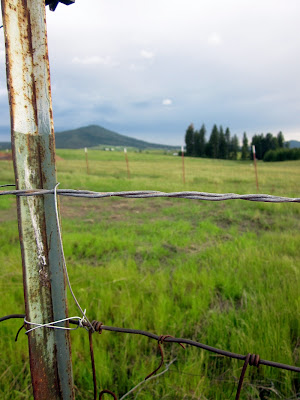 Meanwhile we watched the storm cell pass to the west of us -- we dodged the bullet! 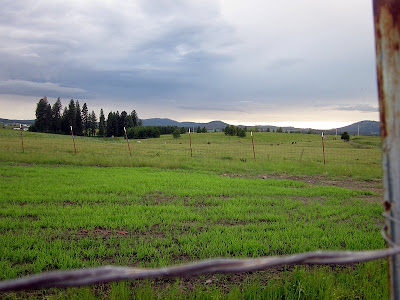 Still, we needed to get that fence mended, so I didn't mind. Mending fences is an ever-lasting chore on a farm. 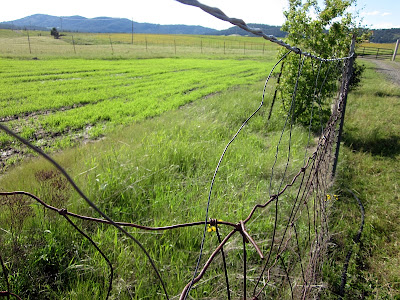 Posted by Patrice Lewis at 6:33 PM