One of the things I've always wanted to do in a garden was plant popcorn. Today I did just that.

Oh, not without a little preparation, of course. The first thing we did was decide where to plant the popcorn vs. the sweet corn. You can't plant two different types of corn near each other because they'll cross-pollinate and produce something weird. Corn is wind-pollinated, so the two different types of corn have to be far enough apart that the wind can't blow the pollen from one type over the other type.

So we decided to plant the sweet corn in the barn corral, which is separated from the garden by several hundred feet AND a building AND is not on the same "flight path" as our prevailing wind, so we feel pretty safe. 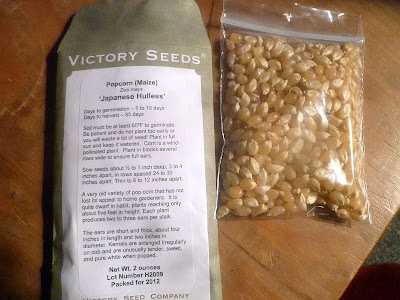 Next we took some of the big tractor tires we got in late May... 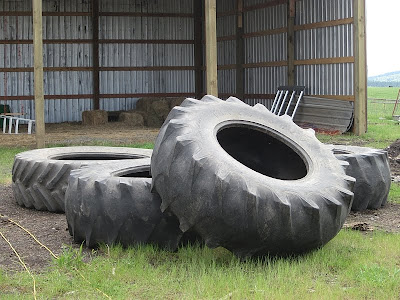 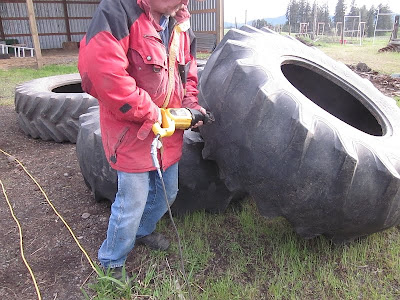 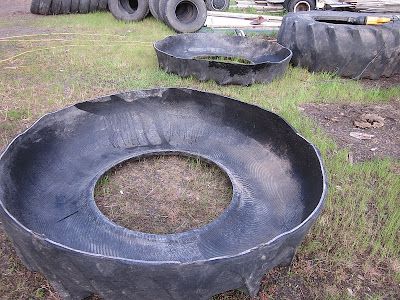 He cut two of these monstrosities, and I managed to manhandle half of one into the garden. 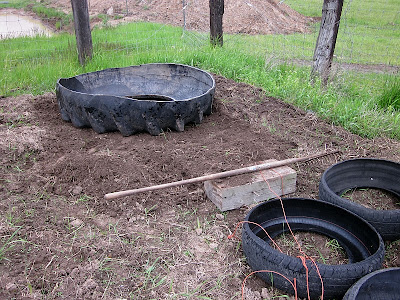 It took four wheelbarrows to fill it to the top with composted manure. 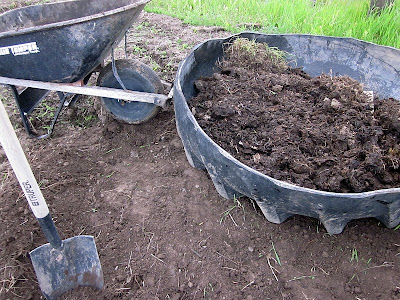 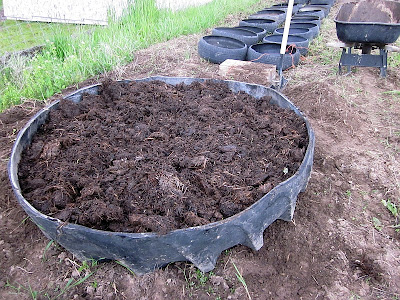 Then I spread a layer of dirt over the manure. Corn is a heavy feeder -- it adores composted manure -- so by golly the popcorn should get all the fertilizer it needs this way. 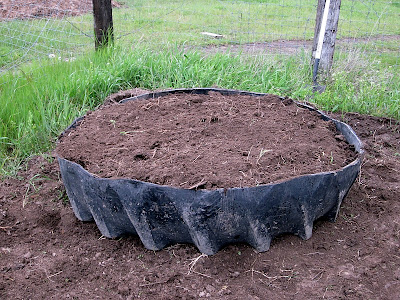 Rinse, repeat with the rest of the tire halves. At about 150 lbs. apiece, they were a bear to move. Since they're cut in half, I didn't "roll" them so much as "squish" them into place.  By the time I got the tires placed and filled, I was a muck of sweat.  Took me about four or five hours of heavy labor to get everything ready to plant. 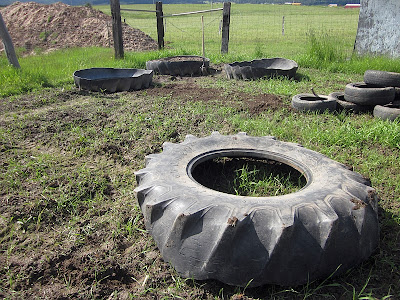 When the tires were ready, I soaked the seed popcorn overnight. (This allows it to germinate faster.) 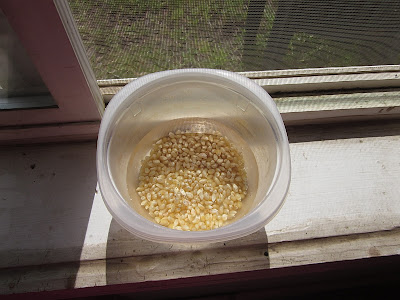 Then I planted it in a rough grid eight inches apart, three seeds per hole. 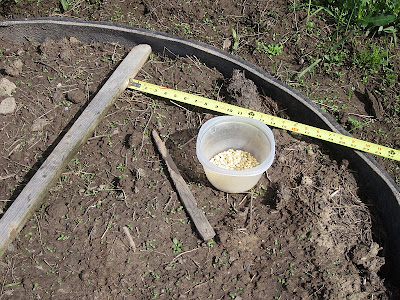 Now for the waiting game. Let's see if this works!
Posted by Patrice Lewis at 10:21 PM