Piling on the potatoes

It was long past time for me to put another tire on my potato towers. 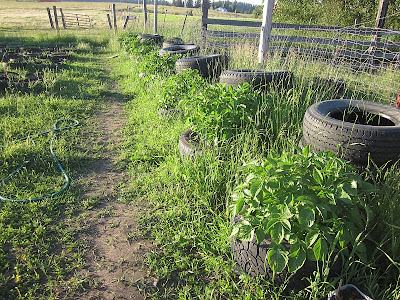 I have eleven tires planted with potatoes, and with the cool rainy spring we've had, they've exploded in growth. (I should add, they're the only thing that's exploded with growth in the garden so far.) 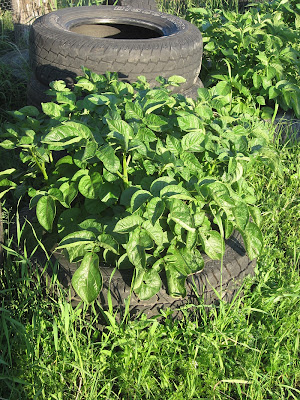 I had already pulled aside three extra tires of similar size for each plant from the last shipment of tires we got. These were stacked behind each potato plant, waiting their turn.

It was a two-person job to stack the next tire onto the tower, only because the plants were so luxuriantly big. Younger Daughter sort of gathered the plant together, bouquet-style, while I carefully placed the next tire on top the bottom tire. Then she made sure the leaves were all tucked inside as I settled the tire down.

After that it was time to fill the second tire. The stacked tires can be filled with dirt or with straw. We have lots of straw, so I used that. 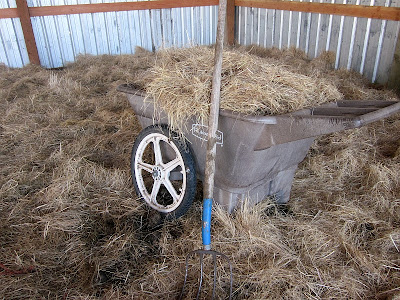 Younger Daughter and I stuffed straw into each tire... 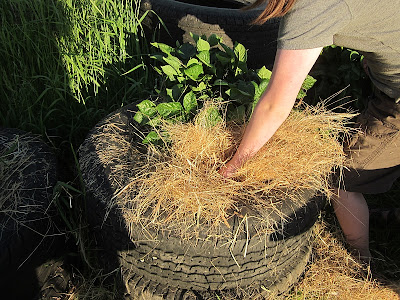 ... making sure the sidewalls were thoroughly filled. 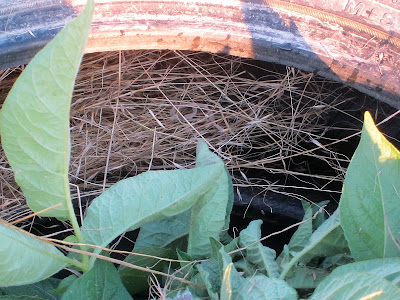 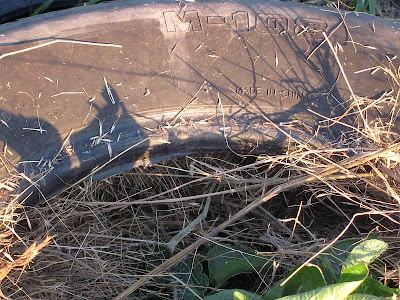 This is what the second tire looks like, stuffed with straw. 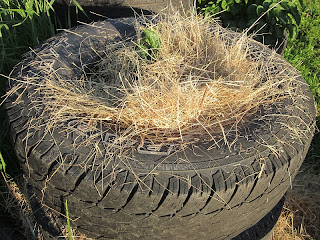 But some of the plants were so tall they were actually ready for the third tire. 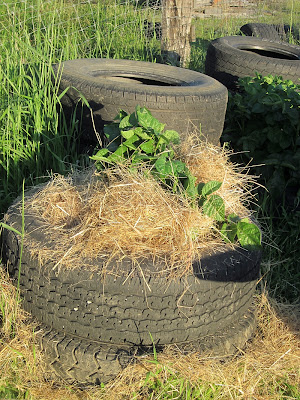 After thoroughly stuffing the second tire, I added the third tire and stuffed that, making sure the tops of the leaves were poking out. 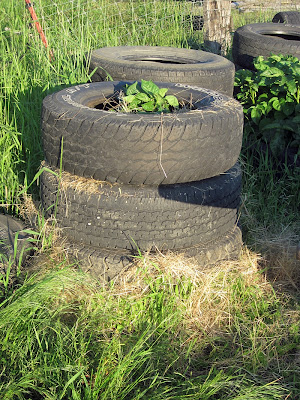 While I worked, the sun went down. 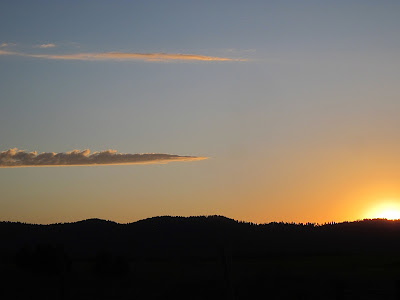 It was dusk by the time everything was finished, but I'm glad we got this done when we did since today has been a day of pouring and unrelenting rain. 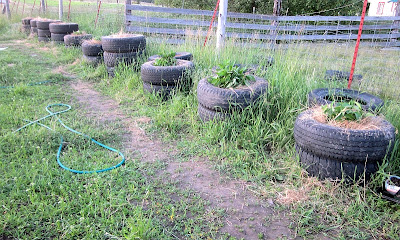 Posted by Patrice Lewis at 3:38 PM