Once in awhile I receive an email from a gentleman in the Netherlands (in perfect English, I might add). Recently he expressed an interest in seeing the Pacific Northwest. "Here in The Netherlands it is so crowded with people everywhere," he wrote. "It makes me sometimes anxious because no one is prepeared for anything in this socialist country."

This got me thinking. At the moment in our geography studies, we're learning the European countries and their capitals. The little flash cards we use show, among other things, the population of each country. I am astounded by how crowded the Netherlands is -- 32nd in size among European countries, yet with 16,000,000 people. 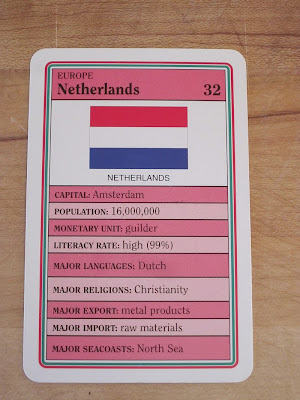 The contrast with the population density of Idaho is startling. Consider this:

And since most of the Idaho population is clustered in cities (Boise, Lewiston, Coeur d'Alene), the vast majority of the state is simply... empty. 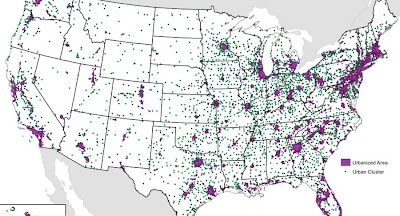 To be fair, it's hard to make a living here, so it doesn't surprise me that the population is so low.

But wow -- 970 people per square mile. That is decidedly cozy.
Posted by Patrice Lewis at 9:16 AM