Undoubtedly you’ve heard the clichés: An ounce of prevention is worth a pound of cure. A stitch in time saves nine. All things are easy to industry, all things difficult to sloth.

These Ben Franklin proverbs remind us we’re better off in the long-run to nip any problems in the bud rather than deal with a mature, full-blown crisis. It’s clearly too late to do this with our national economy, but now’s the time to address the issues in our personal lives.

Over the years here on our homestead, we’ve learned the hard way that it pays to do things right the first time. We’ve learned, for example, that it is absolutely useless to construct any cow-related structure out of anything less than 2x6’s. Anything less beefy is subject to kicking, straining, shaking, barging, or otherwise aggressive efforts on the part of the cows to get out of whatever it is you’re trying to keep them in, such as the barn, pen, stall, or chute. 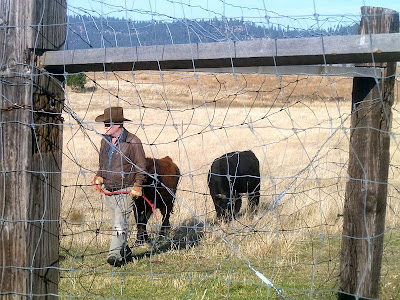 In a nutshell, it often doesn’t pay to take shortcuts.

Fortunately for many things, the situation is salvageable. You might have to take “nine stitches” instead of one, but that’s fine – just do it. To use another cliché, better late than never.

Preparedness is much the same. Try not to compare yourself to other people whose preparedness efforts may be miles ahead of yours. Yes they may have “stitched” their food storage or medical cabinet early on, making you think it’s going to take nine stitches to catch up – but that’s not necessarily the case. Your more prepared friends had to start somewhere too.

As of this writing, most or all of the things you need to be well-prepared (food, storage buckets, medical supplies, sanitation supplies, even firearms and ammunition) are easily available and relatively inexpensive. So you have no excuse to put off taking that stitch in time before it’s too late. If we have an economic collapse or loss of the power grid, it’s far too late to even take nine stitches. 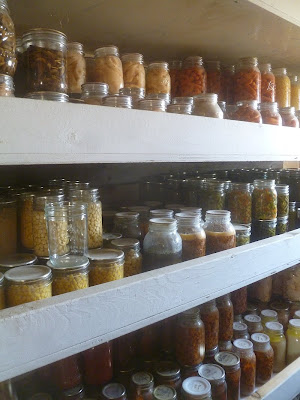 That’s why I urge people, if at all possible, to place themselves in the position they would like to be if the bleep hits the fan. If you suddenly think you’ll have a magnificent and fruitful post-bleep backyard garden, even though you’ve never gardened, what are you waiting for? Why not get started now and discover just how good or bad a gardener you are, and learn everything you can ahead of the curve? Why not take that stitch in time?

It astounds me how many people think food production or firearms expertise or raising cattle are so easy that they won’t have any problems becoming an expert after the bleep hits the fan. But until then they won’t bother learning what they really should already know.

But after nearly twenty years of homesteading with various degrees of success, I’ve found nearly everything requires a much steeper learning curve than I ever imagined. It also requires more supplies, more equipment, or more infrastructure than I thought possible. This all took time, money, and a willingness to learn – all of which could be in massively short supply if times get very hard. I’m far better taking my “stitches” now than frantically trying to catch up later.

To expand the metaphor further, someone who wants to stitch an embroidery piece usually doesn’t wing it without a pattern. Smart stitchers outline their pattern in advance before applying needle to fabric.

Same with your preparedness efforts. Better to outline your needs and desired skills in advance instead of just winging it. Outlines and patterns will guide you and help you apply your time, money, and efforts along intelligent lines rather than willy-nilly randomness.

By preparing in advance of hard times, it amounts to prevention. Remember Ben's words: an ounce of prevention is better than a pound of cure. You are preventing yourself from becoming vulnerable to many of the hardships that will befall the unprepared.

By following a pattern in your fabric of preparations, you’ll fill in the blanks with beautiful stitches of preparedness. Ol’ Ben would be proud.
Posted by Patrice Lewis at 9:31 PM