Last September, Younger Daughter cut her hair and donated the resulting ponytail to Locks of Love. This is the second time she's donated her hair.

Older Daughter had wanted to cut her hair again as well (she also has donated once) but back in September it was still a bit too short for donation, so we waited until now. Last Monday was the big day! 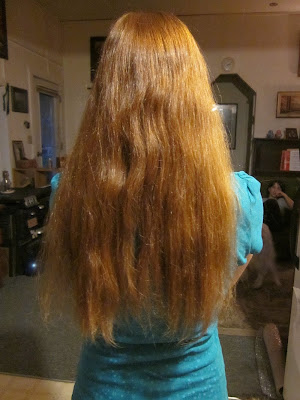 Length from the band: twelve inches, more than enough to donate. 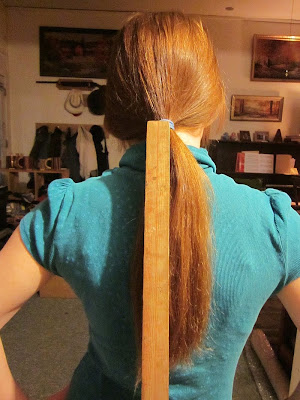 The big moment. It's always hard on me to cut the girls' hair because I love long hair. But hey, it's their choice. 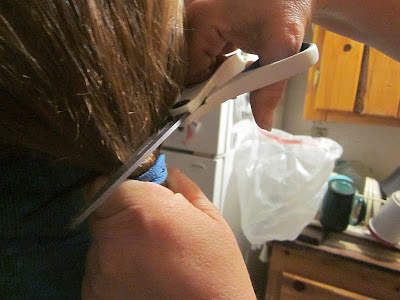 The result looks kinda butchered at the moment... 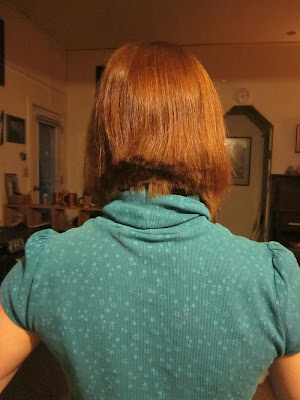 ...but she looks terrific! 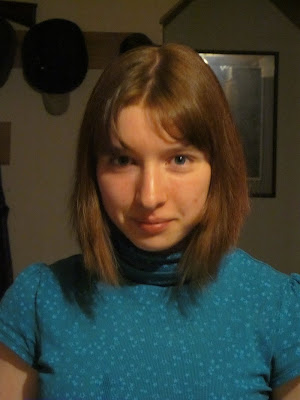 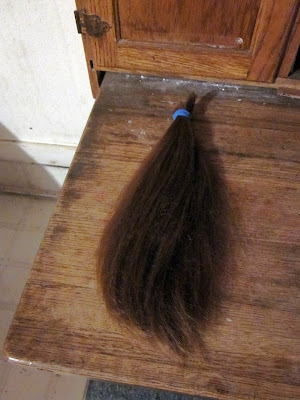 The next morning (when the light was better), Don did some evening up on her hair. He's much better at this sort of thing than I am. 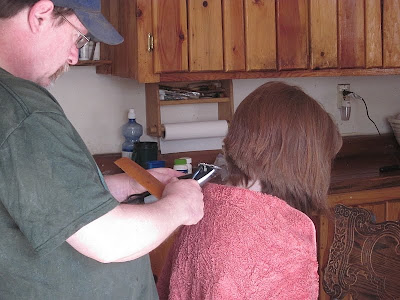 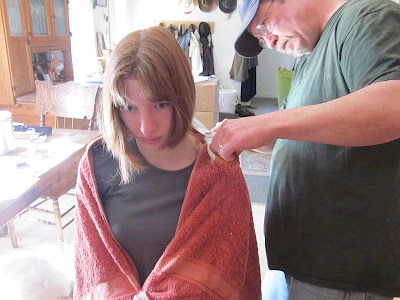 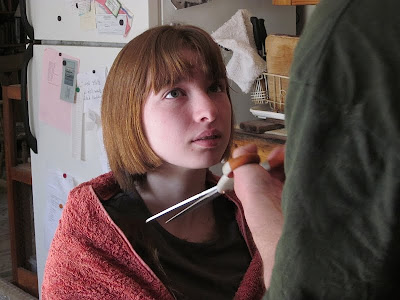 Posted by Patrice Lewis at 7:49 AM