I feel like I haven't been posting much lately, but I have a good excuse: I'm working on our taxes. In fact I've been working on them both day... 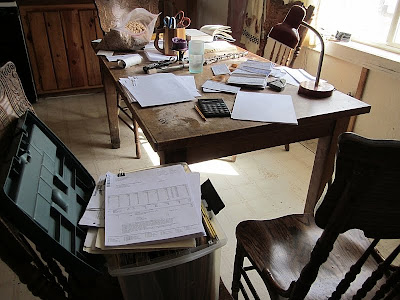 ...and night. (Well, verrrrry early morning. I don't DO nights.) 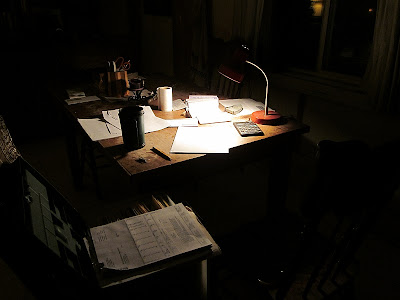 Our tax appointment is on Friday and I'm pretty brain-dead at the moment. So, in the absence of any cognizant neural activity not related to crunching numbers, I'll post some random pix until I recover my mental faculties.

For some time now, Younger Daughter has been hankering to try a cello. Her fiddle teacher very kindly and trustingly loaned her his own personal instrument for the week. Here he's giving her a few pointers on how to hold her bow and position her fingers, which are slightly different than fiddle technique. 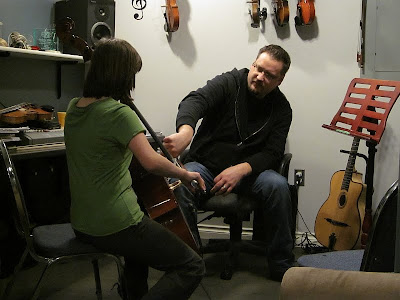 Oh my goodness, she played that instrument the blessed week long, just fiddling (so to speak) around, playing fiddle tunes on the cello. Really neat to listen to. 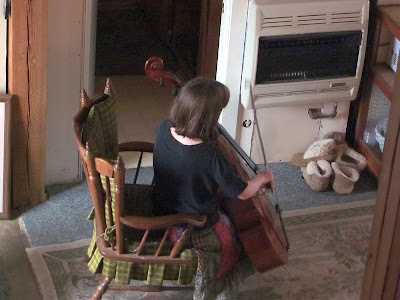 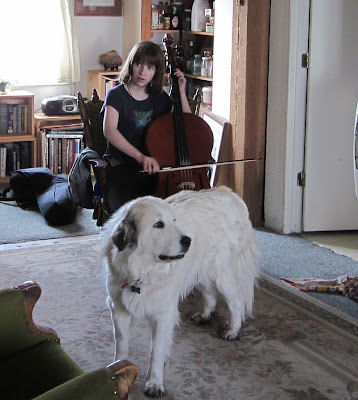 When she went back this week, her teacher was so impressed by her progress that he assigned her a couple of specific cello tunes and let her have the cello another week. Hmmm -- we may be renting a cello in the near future. 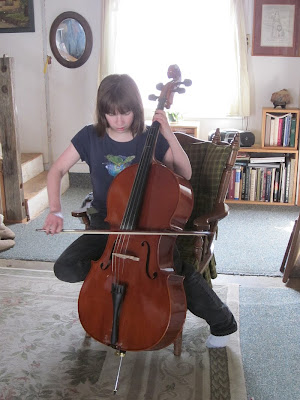 Not to be outdone musically, Older Daughter just went through an ordeal. One of our church pianists recently retired, leaving the congregation a bit short-handed in the music department. Older Daughter was asked to step into a void when both our other pianists would be out of town, and play the church service. Last Sunday was her nerve-wracking debut, and she did outstanding. 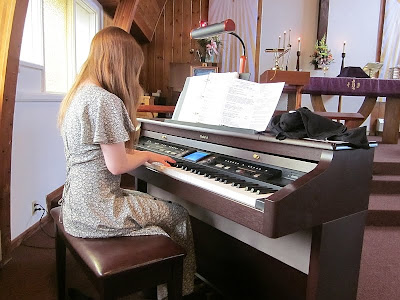 She has a hard time operating the pedals in shoes, so she always kicks them off. 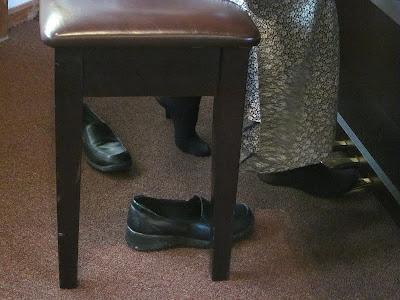 Both my girls hate to perform in public, so this was indeed an ordeal for her which she passed with flying colors. She has one more Sunday to play -- toward the end of May -- so she has lots of time to practice the hymns.

While taking a walk this week, our neighbors had released their hunting dogs to get some exercise. They plastered themselves against the fence as we walked by... 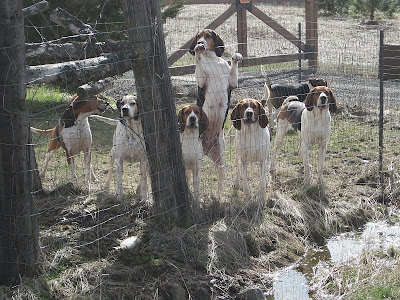 ...then raced Older Daughter as she ran along the road. 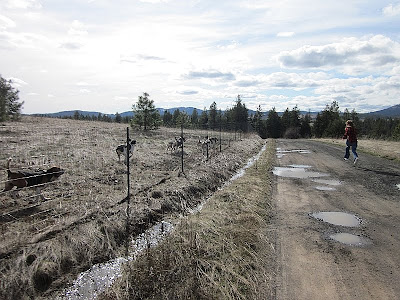 Climbing over a fallen tree. 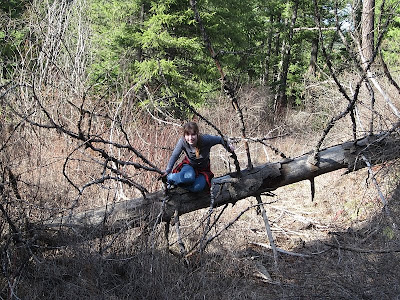 The distant mountains are firmly capped with snow. 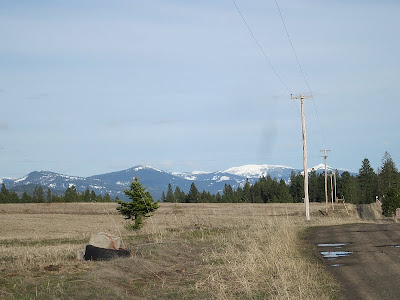 A neighbor drove by on his four-wheeler... 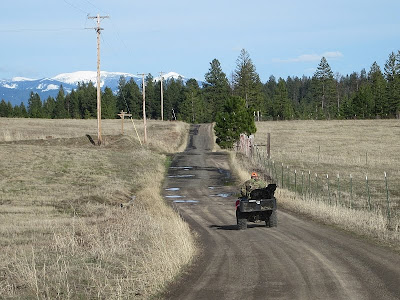 ...with his dog along for the ride. 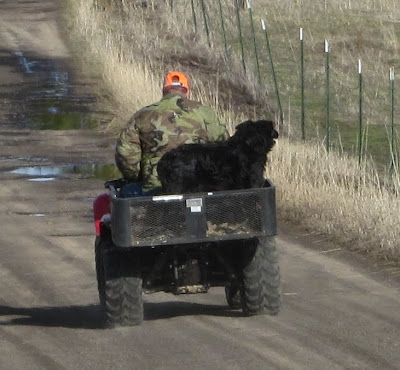 Speaking of dogs, here's a twelve-foot-high model outside the Aslin-Finch feed store in Spokane. Arf. 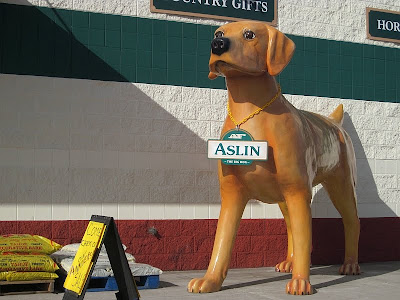 Science lesson for the day: the Coriolis Effect. 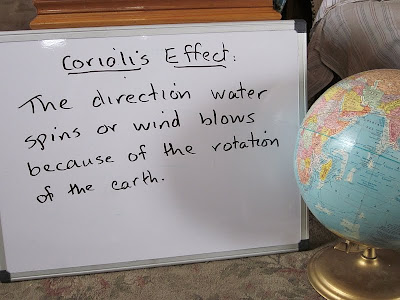 Older Daughter was practicing with her archery set the other day. She didn't notice that the fletching on one of the arrows was broken. The arrow went astray from the haybales where she was aiming and punched through the wall of the barn. 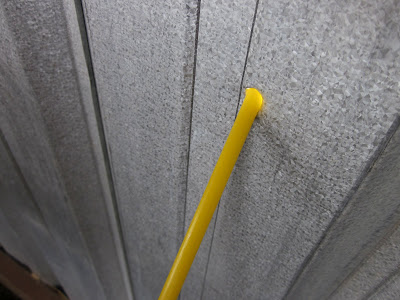 Good thing there were no livestock around! 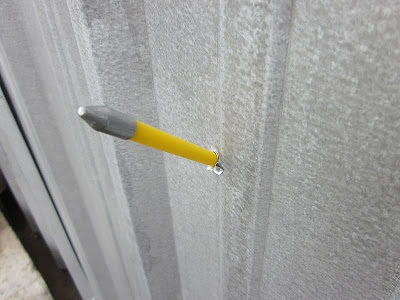 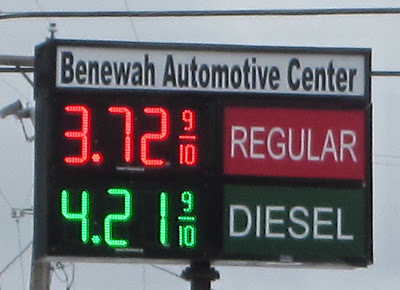 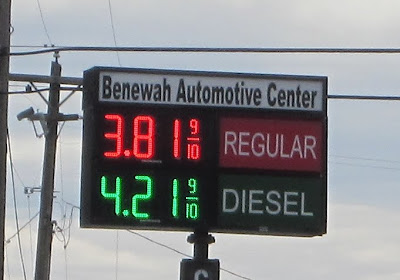 It must be spring. Our local feed store has chicks. 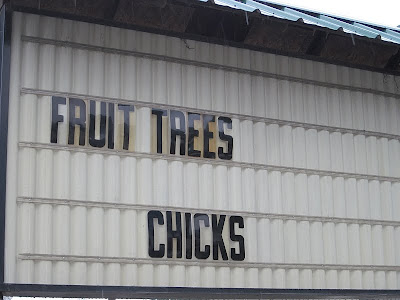 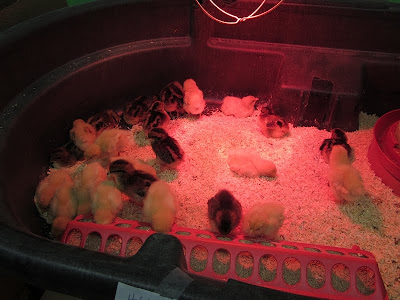 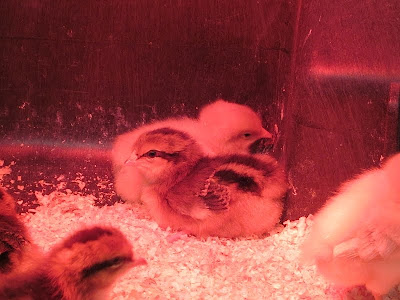 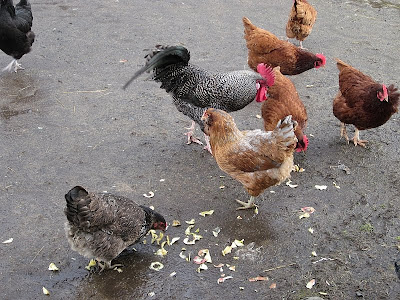 Lydia lounging. What a life. 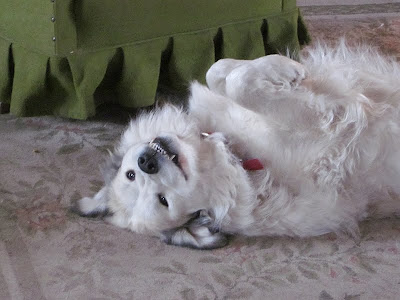 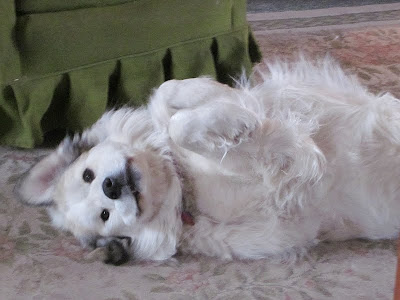