Mr. Darcy has a new philosophy in life.

On our twice-a-day walks, we let Darcy loose for the first half (on the flats) and keep him on his retractable leash as we head down the hill through the woods (or he'll dash off and we'll never see him again). Frequently after he's leashed up and the road goes into the woods, we'll see flocks of quail. 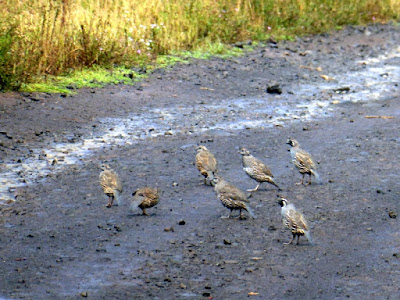 Needless to say, Darcy sees them too. 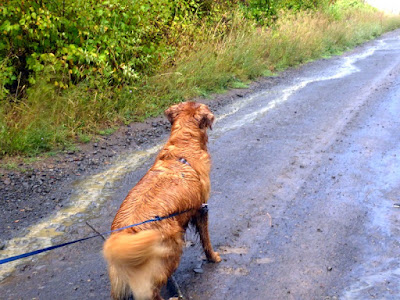 Being a hunting breed, his instincts are to chase after everything that moves, so whenever we see quail, we keep a tight grip on the leash. Until last week.

One afternoon we saw a small flock of quail which trotted on the road ahead of us, well out of Darcy's reach. Then suddenly, as quail do, the flock flew off into some bushes away from the road. Thinking they were out of danger, we released Darcy's leash length and let him roam a bit further ahead. Suddenly he lunged into an embankment and seized a stray bird.

Well, no sense trying to force him to release the quail only to have an injured bird flopping about. May as well let him mercifully kill it, so we let him keep the quail in his mouth. 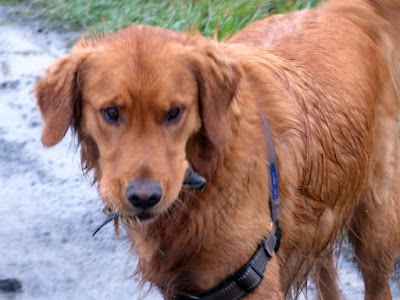 Well I must say we had a most peaceful walk after that. Darcy didn't tack from side to side across the road, chasing after scents. He didn't pull or yank on the leash. He just walked sedately ahead, conveniently out of close grabbing reach, with his trophy. "Uffing 'oo 'ee 'ere, I'm uss 'ine..." 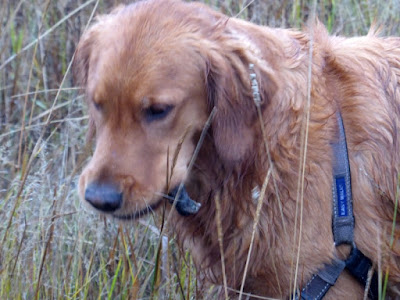 He didn't dare drop the bird, of course, or we'd have taken it away. 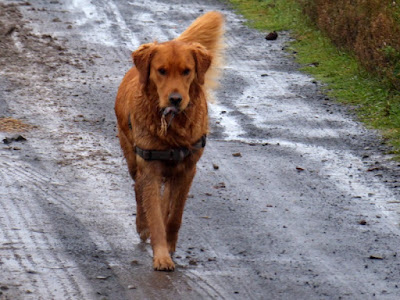 Most of the time he stayed well ahead of us, clutching his prize. And oh, was he a proud boy. He caught a quail! All by himself! 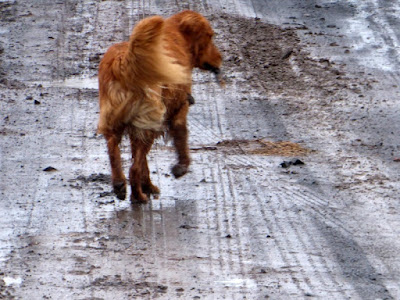 The only time he would release his precious trophy was when he knew we were too far away to grab it from him. 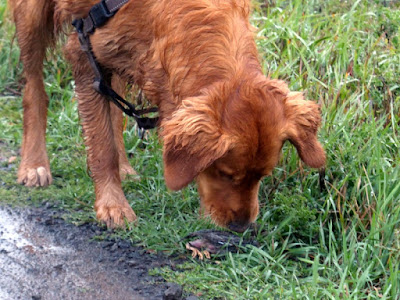 So Darcy's new philosophy is: "A bird in the mouth is worth two in the bush." Why chase after other quail when he has one firmly in his mouth?
Posted by Patrice Lewis at 8:01 AM