Now that the burn ban has been lifted in our area, I decided to burn some of the paper garbage that accumulated over the dry summer months. Most of this was conveniently tucked inside burnable bags (such as dog food bags, etc.), meaning I could just drop the whole bag into the barrel. 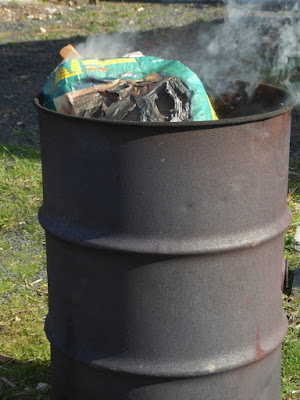 I also got rid of some old tax documents. Not the taxes themselves, but receipts, etc. 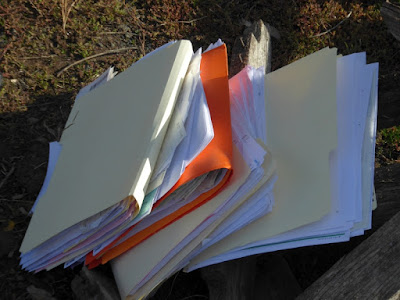 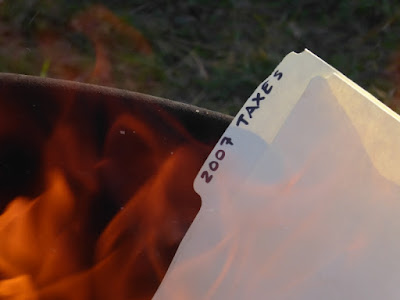 Here's one of the bags I planned to burn, stuffed with junk mail and other trash documents. Notice anything unusual? 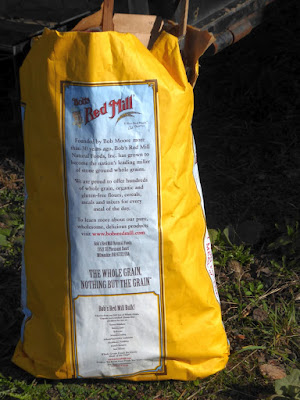 In carrying this bag from the barn to the burn barrel, I happened to notice an orb-weaver spider on the side of the bag, the biggest durned orb weaver I've ever seen. She's one lucky spider, since I nearly dropped her -- bag and all -- into the burn barrel. 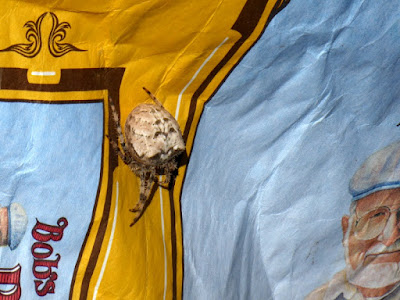 There are a zillion different orb weaver species, but I'm going to hazard a guess this one is Araneus. 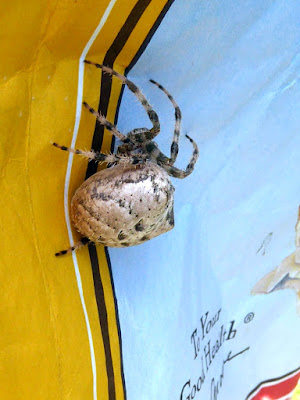 I carefully scraped her off the bag. 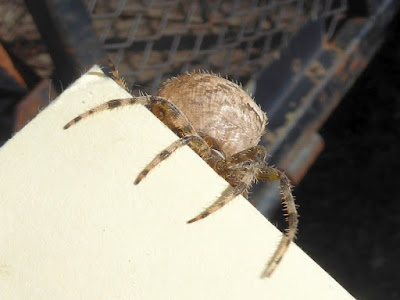 Once on the ground, she rolled over and clustered her legs together, making me think she was dying. 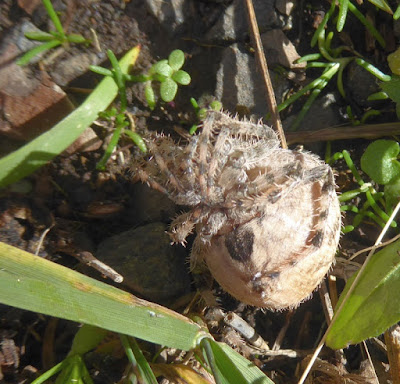 But soon enough she unfolded herself and moved away. 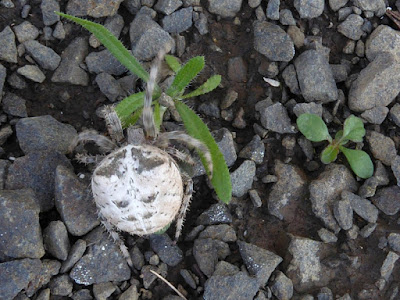 She started climbing the shop wall. I took a tape measure and laid it beside her. Her abdomen is what, three-quarters of an inch across? With her legs spread out, I'm thinking she was about two inches wide, perhaps a touch more. 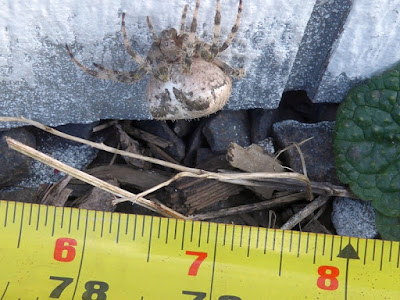 Look at the shadow she cast. 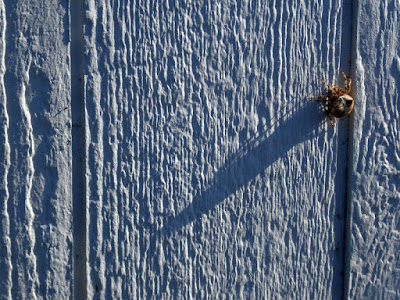 So yes, this lucky spider escaped a nasty death. Now we'll see if she survives the freezing weather we're expecting over the next few days.

Posted by Patrice Lewis at 4:41 PM

Email ThisBlogThis!Share to TwitterShare to FacebookShare to Pinterest
Labels: spider