At the moment, I am buried in beans. Specifically, dry beans.

I prefer to grow bush beans as opposed to climbing beans, and this year I planted eight tires of Jacob's cattle beans and six tires of calypso beans (both heirloom varieties, of course).

This year the Jacob's cattle beans outdid themselves. 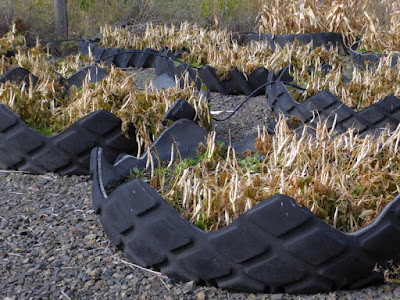 The day I chose to pick them was windy, with rain in the forecast. I decided it wasn't such a bad task to pick a couple thousand rattling bean pods on a blustery day. 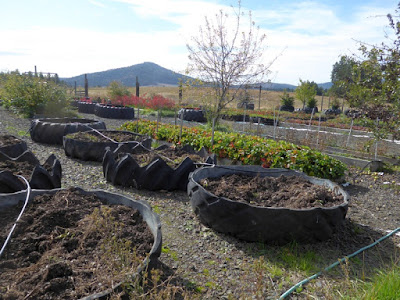 Rather than yank up the plants and then later remove the pods, this time I stripped the pods directly from the plants. 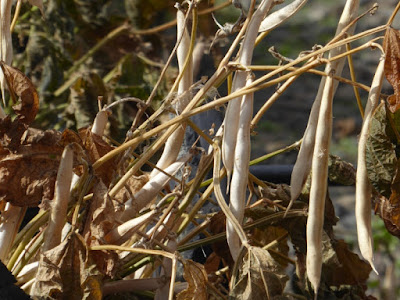 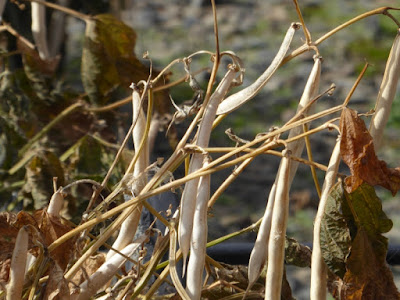 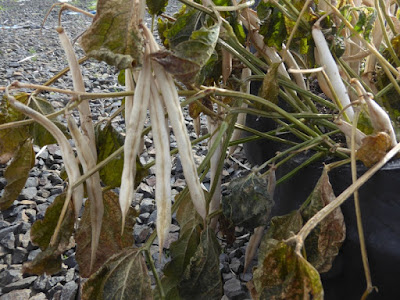 I got two bushel baskets of bean pods. 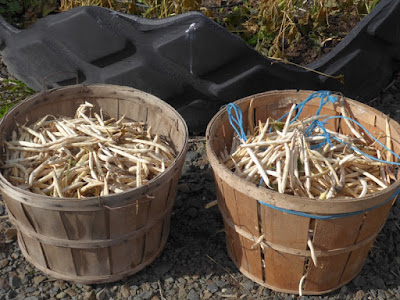 The Jacob's cattle beans were so productive that I held aside one tire's worth of beans to weigh the result. 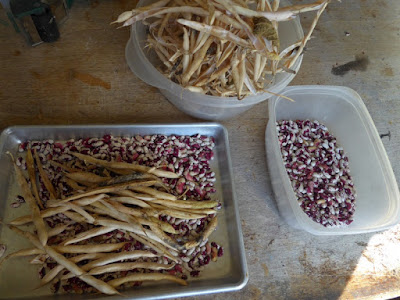 From that one tire, I got almost 2.25 lbs. of beans, which is actually a decent amount for dry beans. 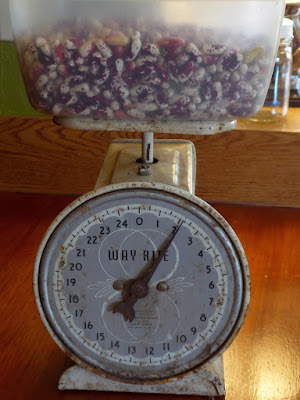 In theory, then, I should end up with about 18 lbs. of dry beans. We'll see. Shelling is slow work, but it's peaceful. I shell a few beans here and there between other tasks. [Update: Total came to 13.25 lbs. of Jacob's cattle beans. Meh.]

Here's an interesting anomaly: a hole bored into a pod... 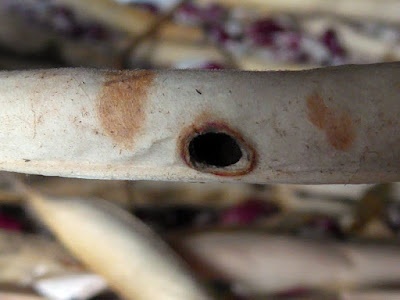 ...resulting in a hollowed-out bean. Must have been one hungry bug. 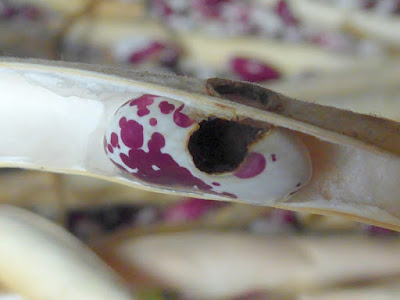 Here are the calypso beans. There were not as fruitful this year as in years past. 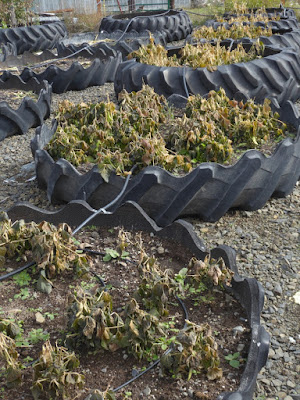 Since I was late picking these beans, a couple of the pods had already popped... 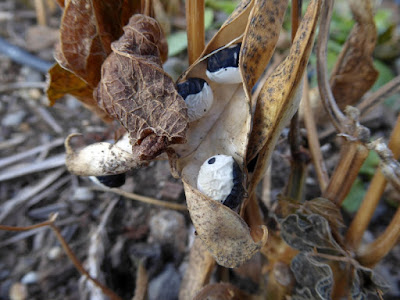 ...and spewed the beans on the dirt. 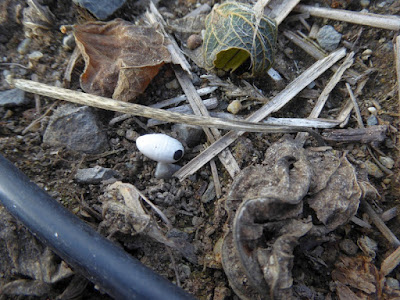 Fewer tires as well as less production resulted in just one-third of a basket of bean pods. 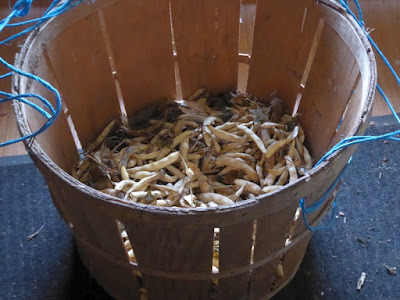 Most of these beans -- both varieties -- will end up in a ginormous post of end-of-the-world chili.
Posted by Patrice Lewis at 10:51 AM