With such an abundance of grapes this year -- but not to the point where we can consider making wine -- I was tasked with processing the fruit. 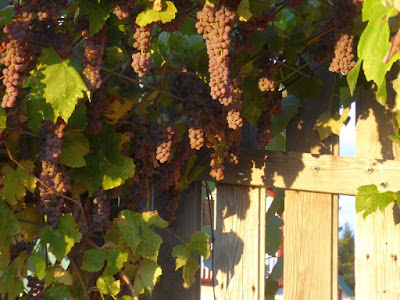 I decided to make grape juice and raisins (stand by for a future post on grape juice). I've never made raisins before, but we use a fair bit of them, so I was eager to give it a try.

I started with the green Himrod grapes. A few of the grapes had already "raisin-ified" on their own, but I wanted a bit more control over the process. 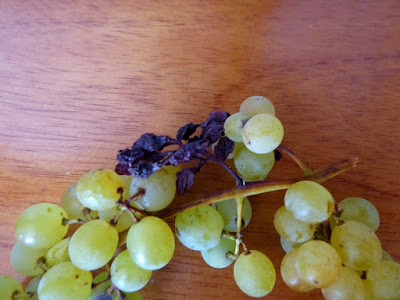 I sat down and started picking through grapes, selecting only the best for the dehydrator. 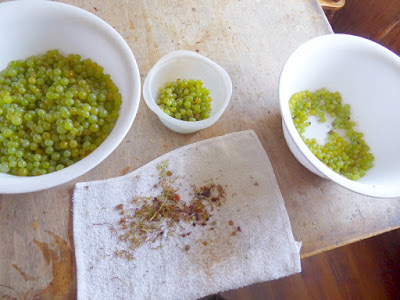 Any grapes that didn’t pass inspection – too squishy, too flawed, whatever – went into a separate bowl to be fed to Mr. Darcy, for whom grapes were a marvelous discovery. 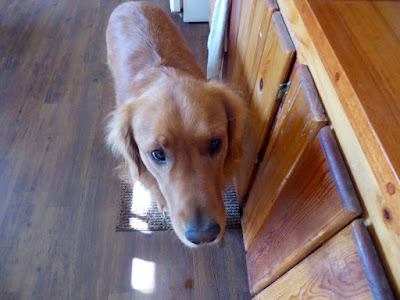 That is, until our alert Younger Daughter mentioned in an email that grapes are toxic to dogs. Holy cow, she probably saved Mr. Darcy's life! I was completely unaware of this. Okay, no more grapes for Mr. Darcy.

I used the fine mesh strainer in the dehydrator so no raisins would fall through the cracks. 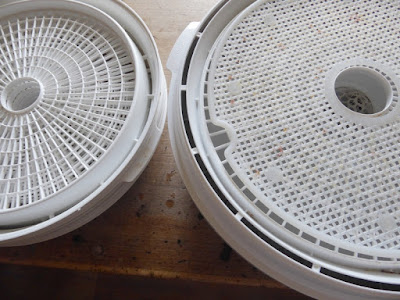 Each tray held three-quarters of a pound of grapes, or 4.5 lbs. for all six trays. 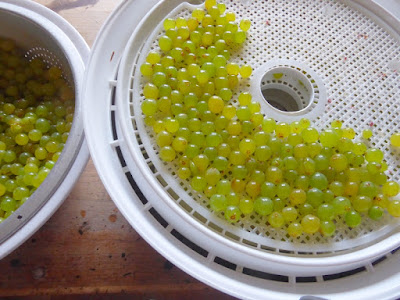 I like to put the dehydrator in a room where I can shut the door, since it tends to be noisy. 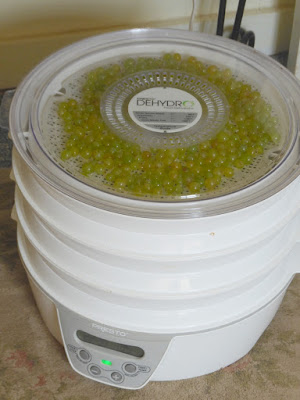 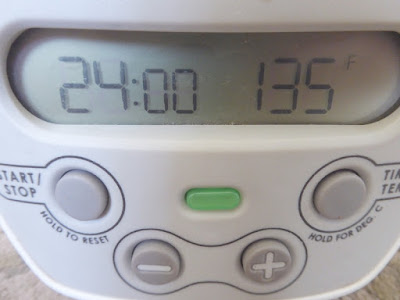 But 24 hours later, the grapes were nowhere near raisin status. 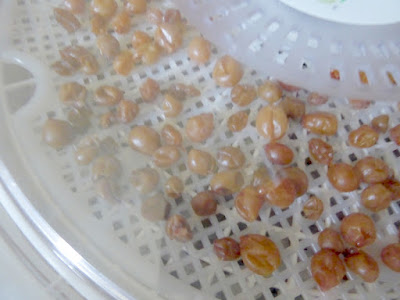 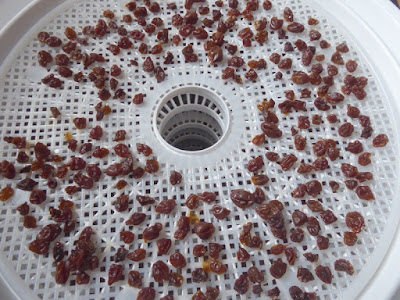 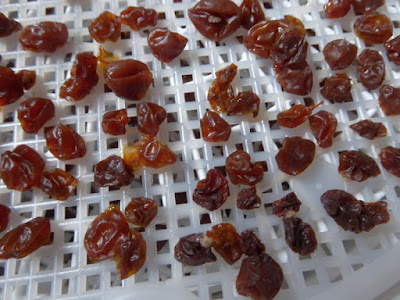 This was discouraging, especially since the 4.5 lbs. of grapes only created one pound of raisins. 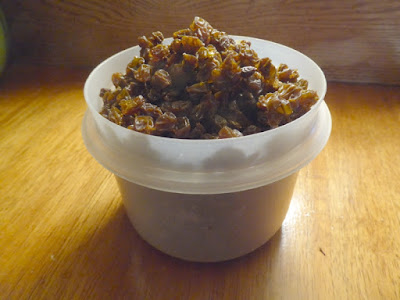 Was it worth the cost of running the dehydrator for two solid days to produce one pound of raisins? Sadly, I concluded it was not.

Until I tasted one.

It was one of those eye-widening moments. The taste of these homegrown and homemade raisins was unbelievably better than the store-bought ones.

Okay, there had to be a better way. This time I took the precaution of consulting my beloved food preservation bible, Putting Food By

. Duh, I should have done that to start with. 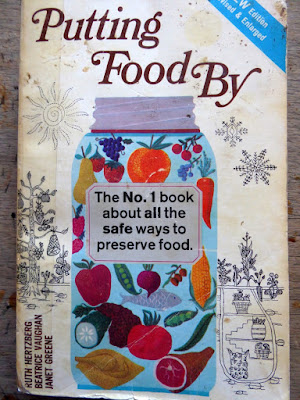 The book recommended dipping the grapes in boiling water for about 30 seconds to "check" (open) the skins, then immediately cooling them.

So I started a second batch of raisins, this time using the sweeter red Canadice grapes. I had a lot more of this variety, and planned to juice most of it, but spared 4.5 lbs. for another batch of raisins. 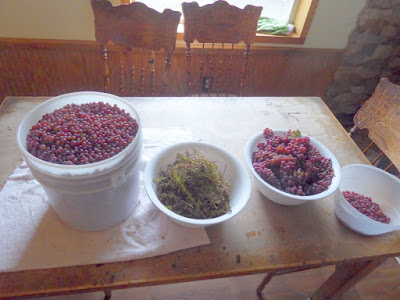 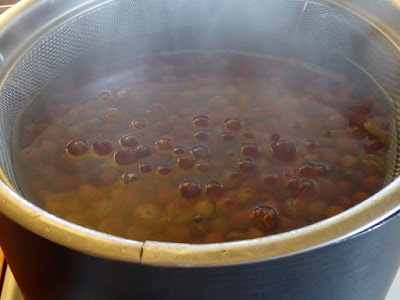 After dipping the grapes in cold water, I spread them on the dehydrator sheets. 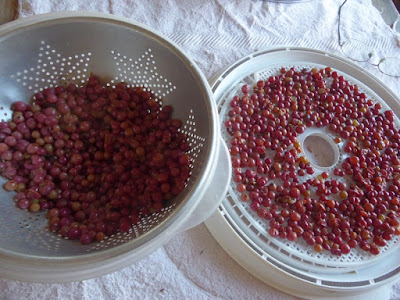 Back in the dehydrator for another round.

This time it still took longer than 24 hours, but considerably shorter than 48 -- perhaps 30 hours total. 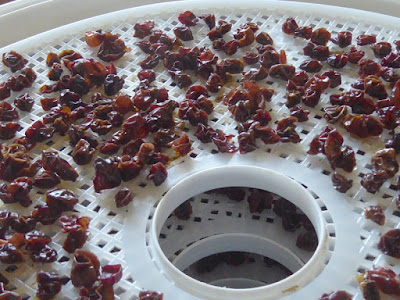 So is it worthwhile making our own raisins? We crunched some numbers for just the cost of electricity (not counting other stuff like my time growing the grapes, processing the grapes, etc.), and it came to $4.10 total, or $2.05 in electricity per pound of grapes. (This is based on 750 watts the dehydrator used for 78 hours of running time at $0.07/kWh we spend on electricity.) So you decide.

But one thing's for sure, these are the best durn raisins I've ever had. 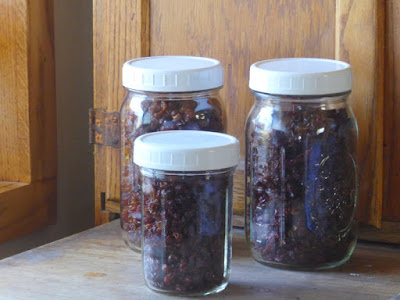 I'm all for making more next year.
Posted by Patrice Lewis at 1:51 PM