I've had my hummingbird feeder up all summer, but it's only recently that the hummers have been actively using it. (Presumably there were plenty of wild flowers prior to this to provide for their needs.)

The trouble is, wasps and hornets (yellow jackets and bald-faced hornets) have discovered the feeder as well -- and they were aggressive and possessive about it. Frequently the hummers would hover nearby and decide it wasn't worth fighting the stinging critters. 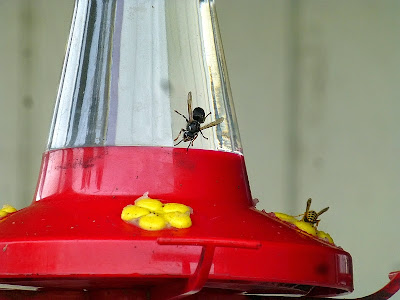 Short of purchasing a different kind of feeder with a bee-guard, I wondered what I could do to keep the hornets away. A little bit of internet research suggested swabbing the outside of the nectar holes with petroleum jelly on a Q-tip. 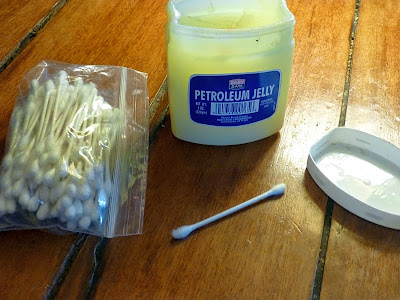 I smeared the "flowers" on the feeding, taking care to leave the opening itself clear. 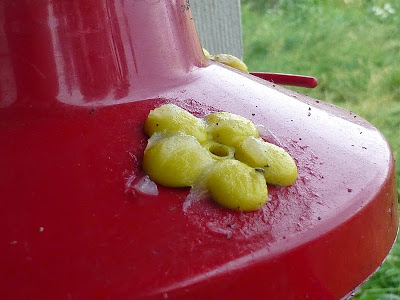 It worked like a charm. For a couple of hours, the yellow-jackets tried in vain to land and drink, but they didn't want to sully their feet. 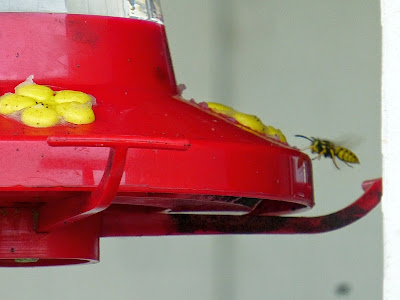 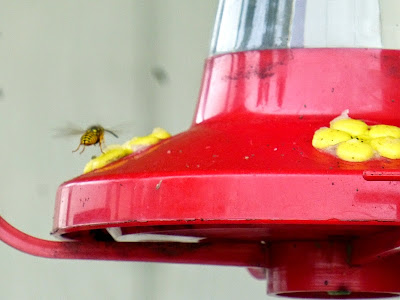 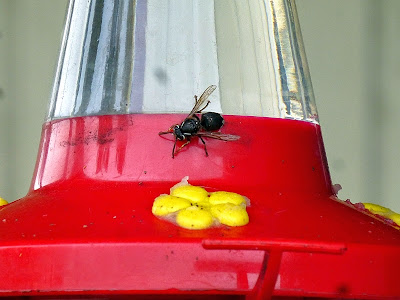 After a few hours the hornets and wasps left the feeder alone. The hummingbirds were able to relax and enjoy their food without competing. (Except with each other.) 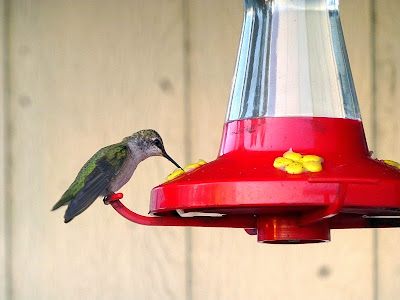 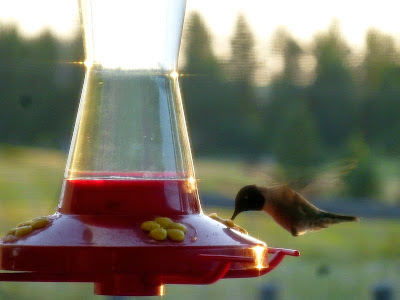 Meanwhile Don discovered a new feature on my camera called a "burst," in which the camera will take rapid-fire photos in fast succession (i.e. 10 per second) of a particular object. I never knew my camera had this option and decided to try it with the hummers. It's a fun tool, especially for a fast-moving target! These photos were taken through a screened window so they're not the clearest, but it was fun to experiment. Notice how the hummingbird stretches her neck upward as she hears the shutter of the camera. 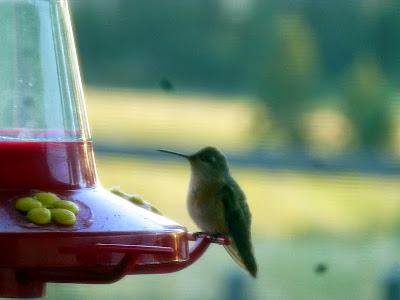 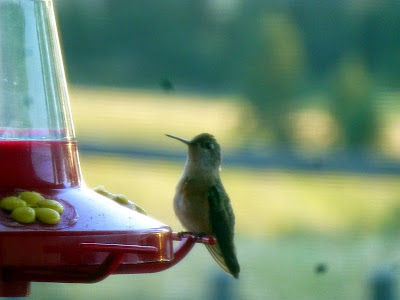 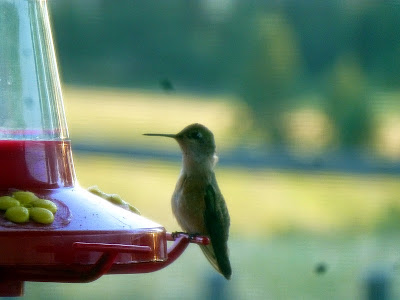 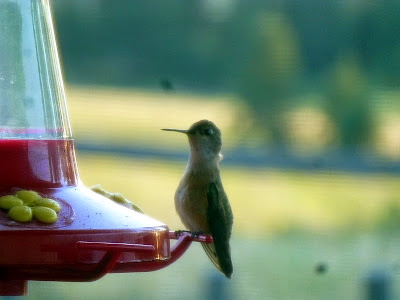 Clearly this is a feature on my camera with which I'll have to play around some more. And without the wasps and hornets, the hummingbirds will cooperate.
Posted by Patrice Lewis at 4:55 AM