I've been following with great concern the historic drought in California. The situation has moved beyond extreme into the classification of "exceptional" drought. I lived in California for twenty years and Don's and my families are still there, as well as innumerable friends.

We had a successful garden this year, but it goes without saying most of it is due to the fact that our water is abundant. Clearly right now a garden is an impossibility for most people in the Golden State. 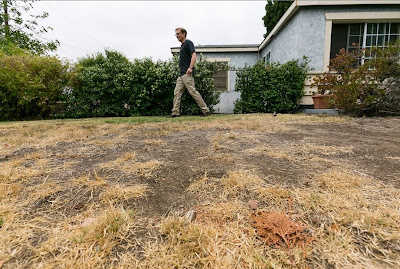 Not only is surface water drying up, but so are the aquifers, which are being pumped dry by farmers desperate to keep their crops alive. 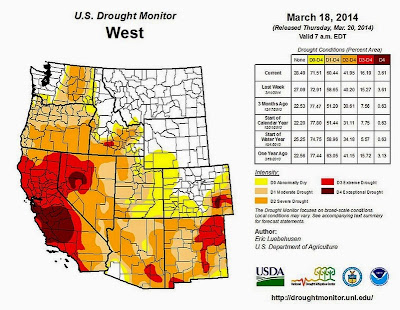 It's bad enough for those with annual crops; but for those who raise walnuts or peaches or other tree crops, losing entire orchards (which take years to establish) must be heart-breaking. 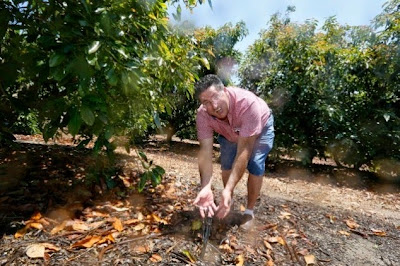 Water issues were one of the reasons we decided to leave California back in 1993. By no means was it the deciding factor, but it certainly contributed. Somewhere in the back of our minds we knew that if we wanted a homestead, we needed to settle in a place where water was, if not abundant, at least not a crisis point more times than not.

But we left when we were young, childless, and not yet rooted. It was hard enough to leave our family and friends behind. It's harder for folks with children who are surrounded by loving extended families. For most people, there are also employment issues to consider as well. 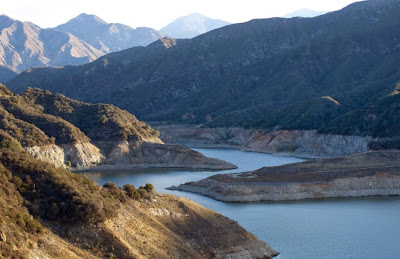 Should a drought issue suddenly plague north Idaho, it would be a FAR more difficult decision for us to up and move, since we now have an established farm and roots in our community.

But California may face a more serious issue than whether or not to grow a garden. There's talk about relocating people as communities run out of water. What happens then? It's not like anyone could hope to sell their home to someone moving in, if people are being asked to leave. There is speculation that this drought could continue for years. It's truly a crisis. 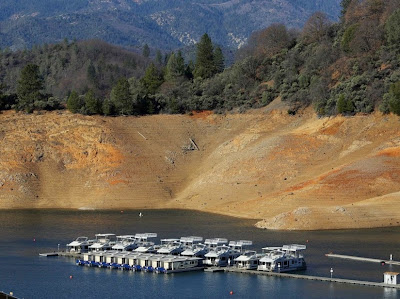 I know many readers of this blog either farm on a small scale, or someday hope to farm on a small scale, so water availability is doubtless high in their minds. What can Californians do? For those actually living in California -- will you stay or are you thinking about leaving? What are your thoughts on the future of the Golden State?
Posted by Patrice Lewis at 8:12 AM