Despite the late date, I'm still working on pulling the tire garden together. I've got a couple more things (mostly beans) to plant, but we're trying to get more components (tires, gravel, tarps) in place for next year as well.

To that end, we're still collecting tires. A friend who works at a tire store in a nearby town recently told me he's collecting an eighteen-foot tractor-trailor's worth of tires for me. Yikes! Where are we gonna put those until I'm ready for them?

But those haven't arrived yet. What did arrive, two days ago, was a double delivery of tractor tires.

If there's one thing I've learned about tires, it's that people are more than anxious to get rid of them. The regional tractor dealership is no different than anyone else -- to the point of delivering these massive giants straight to our door. 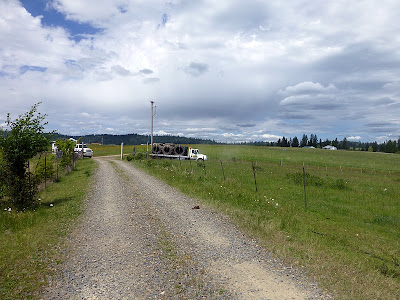 The front vehicle, if you'll notice, has a self-loader unit on it. Whoo-hoo! 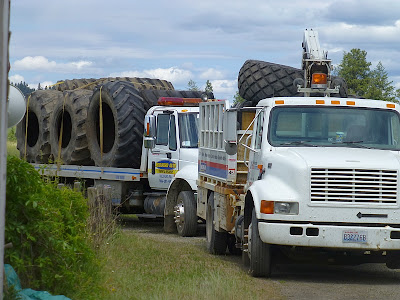 Lots and lots of tires, some of them extremely wide. It's our plan to use these very wide tires for fruit trees. Someday. 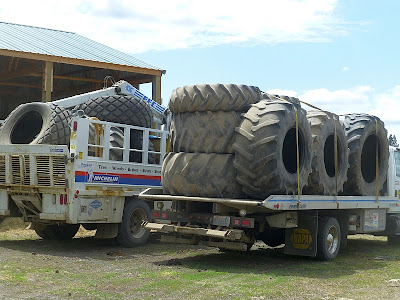 The fellow on the left is operating the self-loader unit. The guy on the right is directing the hook into the tire center. 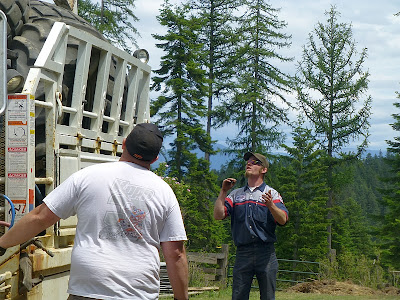 This is a whole lot easier than shoving things around by hand! 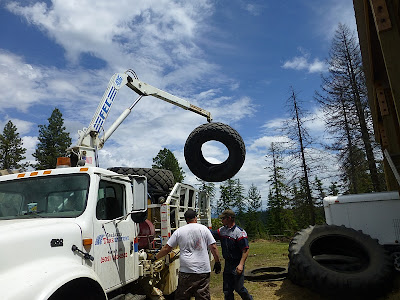 They were also able to stack them fairly neatly. This is the first row. 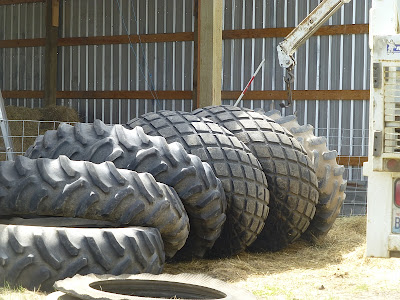 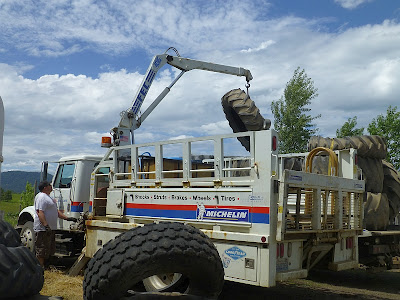 But the men had to pause in their operations while Polly ambled by, followed by our quartet of heifers. Can't take a chance of squashing a skittish calf! 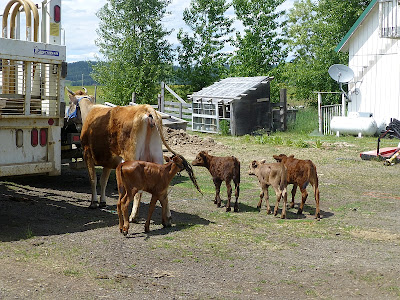 Polly stopped to sniff curiously at the truck, but I shooed her along. 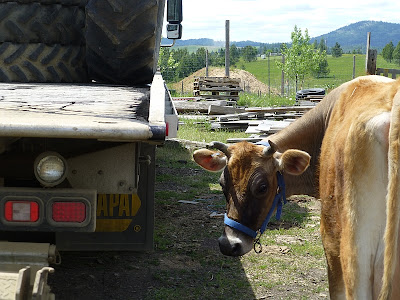 The men finished unloading, having stacked the tires in two neat rows. They'll probably stay there until the fall, when we can afford more gravel. 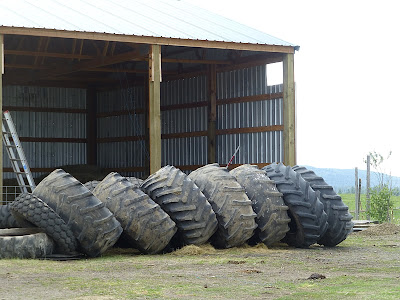 View from inside the barn. 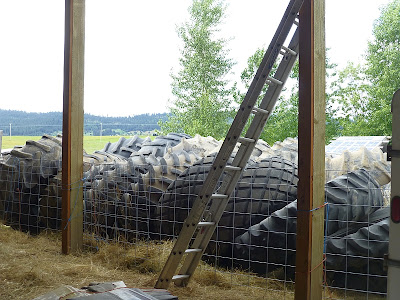 Then off they drove in a cloud of dust. Nice guys. 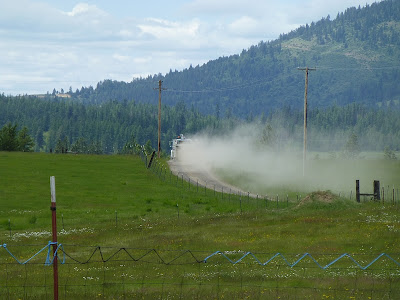 The reason we're taking so many tractor tires is the potential for various uses is amazing. We can use them to plan fruit trees, sunflowers (we're going to experiment in planting oil sunflowers), and cattle feeders, in addition to fruits and vegetables.
Posted by Patrice Lewis at 2:33 PM