Maybe it's because we had so many calves born so close together, or maybe it's because we had turned our corral into a close-knit nursery for a few weeks, but it seemed to me that there was a lot of milk-sharing among the cows and the calves. While obviously each cow tended to nurse her own offspring the most, the babies weren't above sneaking a drink from whatever udder was available.

Here Dusty (whose mother is Sparky) is sneaking a drink from Lily (whose calf is Leto). 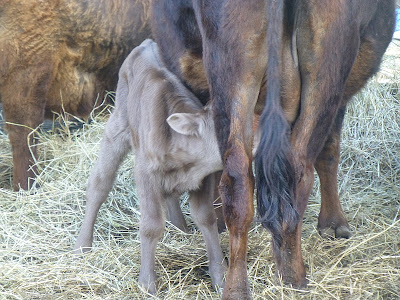 Here Rosy (whose mother is Victoria) sneaks a drink from Sparky (whose calf is Dusty). 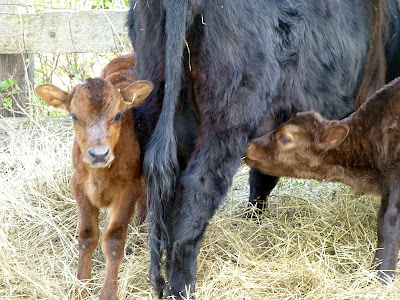 And on and on it went.

So on Saturday, I was amused to step outside and see little Chester (whose mom is Raven) sneaking a drink from Polly, along with Polly's calf Petunia. A little double dipping! 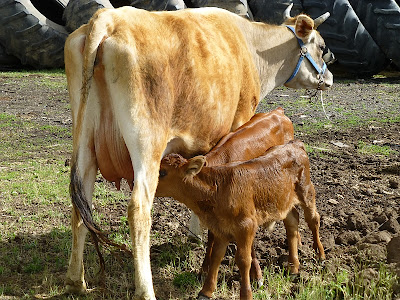 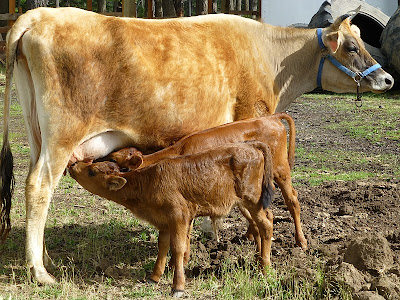 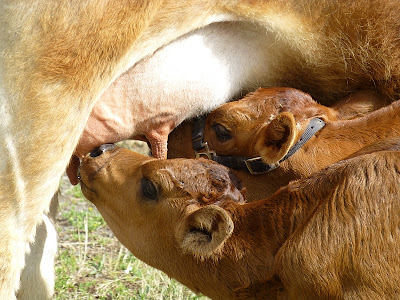 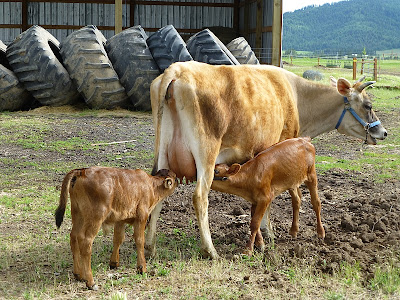 Polly just stood patiently and chewed her cud while the youngsters took advantage of her tolerance. 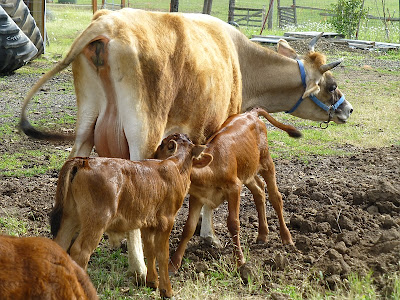 From the cheeky expression on Chester's face, he seems to know exactly how sly he's being... 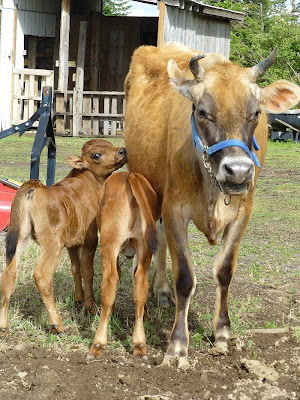 ...before diving in for more. 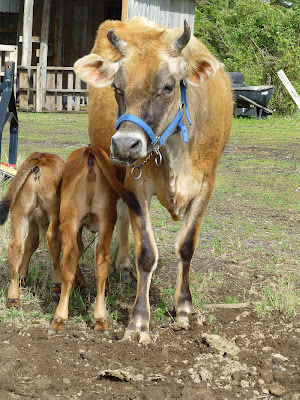 We call Matilda our Universal Donor because of her willingness to nurse any calf. Now it seems Polly has the same penchant. I wonder if that's a Jersey trait? Either way, Polly's continued transition from carefree heifer to mature and patient milk cow is going beautifully.
Posted by Patrice Lewis at 5:52 AM