Preparing for my Utah concealed carry

Day after tomorrow -- Sunday -- I will be spending the entire day taking my Utah concealed carry class.

I already have my Idaho concealed carry. Why Utah?

It's because the Utah concealed carry allows me to carry in 33 other states including, crucially, Washington. Being right next door to Washington State, and traveling as often as we do into Spokane, I want to be able to carry during my trips to the city.

Besides the extensive course work necessary for this permit, there will also be a proficiency portion requiring me to shoot 20 rounds at seven yards into a target the size of a pie pan, within two minutes.

Shooters these days face a quandary: we need target practice, but ammo is far too precious and expensive to waste on target practice. Catch-22, anyone?

Nonetheless this morning Don built a target and we set it up against the clay berm in the pasture. Don measured seven yards. 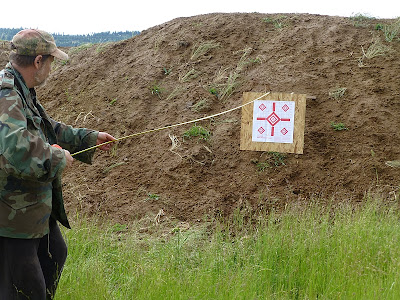 Seven yards turned out to be right where this cow plop was located. Good marker. 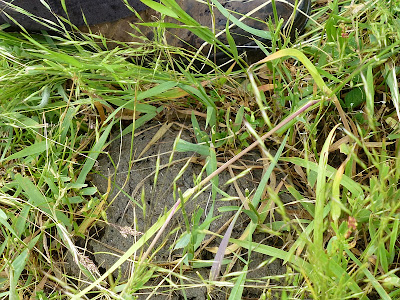 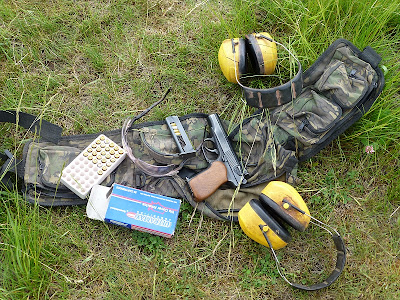 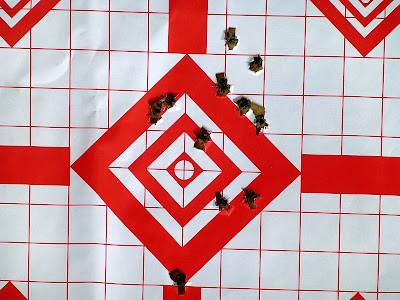 Don taped over the holes while I reloaded the magazines, then I shot another twelve rounds. This time Don timed me. It meant I had to remove the empty magazine and replace it with the full magazine; then remove the second magazine and reload more ammo. I ended up with twenty-five seconds to spare, and had similar accuracy. 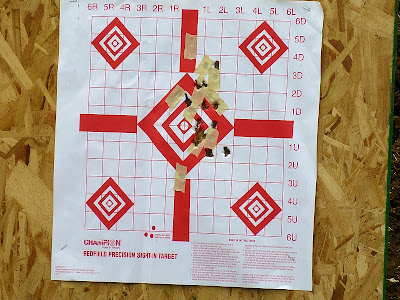 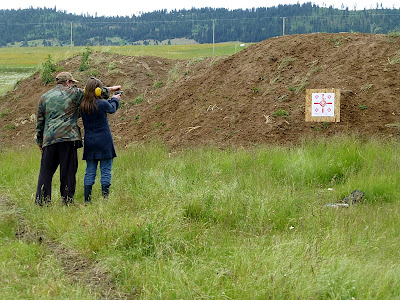 This photo was a nanosecond after her shot (which is why the handgun is aimed high -- you can see the puff of smoke). She shot five rounds total and rivaled my accuracy. 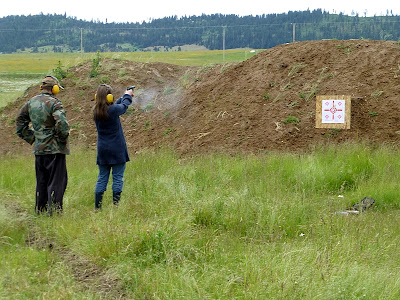 Wish we could practice more! -- but can't waste the ammo, not with the present prices and scarcity. Grrr.
Posted by Patrice Lewis at 3:19 PM