Who's gonna grow the food?

I just came across a disturbing article entitled Rural US Shrinks as Young Flee for the Cities. The original article, frustratingly, now requires registration to view it; but I found the text here.

Now it's not uncommon for young people to leave the family farm and seek their fortunes in the big city. Our own daughters will likely follow that course. What remains to be seen is what our girls -- and millions of other young people who grew up rural -- will do when they mature. Once they're married and have families, the lure of the countryside may overcome the lure of the city. Or maybe I should say, the disadvantages of urban living may overshadow the disadvantages of rural living.

The biggest reason for this migration from rural areas is the identical reason young people have fled for urban lights since the Industrial Revolution: JOBS.

Farming is darn hard work. It's also insecure. We get a taste of it, and we're not even farmers (we're "homesteaders"). But when your entire living comes from the soil, you're vulnerable to drought, floods, and other monkey wrenches from Mother Nature. Frankly a lot of young people no longer see the need (or want to experience) the hard physical labor involved in putting food on America's tables. They'd rather become CPAs or electricians which, while highly necessary jobs, means that someone else is responsible for providing food for the table.

The article states, "Losing people in their 20s and 30s, the prime childbearing years, meant many rural regions were seeing their birth rates decline significantly. Those people who did move to rural areas tended to be older adults past their childbearing years."

When Don and I up and left Sacramento in 1992 shortly after we were married, we were part of that demographic of people in their "prime childbearing years." In fact, that was one of our primary motivators. We didn't want to raise our then-future children in the city. We wanted them to grow up in the country. We wanted them to know where their food originates, and not to develop the cloak of cynicism that is often so necessary to survive in an urban environment. But in order to do that, we had to risk financial uncertainty and create our own employment (those of you who have read Bear Poop and Applesauce understand how we did it). 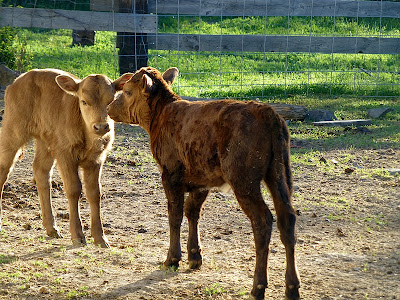 I can think of no better definition of Don's and my attitude toward rural life than the "Philosophy" on the Countryside Magazine webpage: "It’s not a single idea, but many ideas and attitudes, including a reverence for nature and a preference for country life; a desire for maximum personal self-reliance and creative leisure; a concern for family nurture and community cohesion; a belief that the primary reward of work should be well-being rather than money; a certain nostalgia for the supposed simplicities of the past and an anxiety about the technological and bureaucratic complexities of the present and the future; and a taste for the plain and functional. Countryside reflects and supports the simple life, and calls its practitioners 'homesteaders.'"

What's interesting is how living rural, which used to be the norm, is now considered shocking or even subversive. Don and I faced incredulity and strong discouragement from our friends and families when we left our well-paying jobs in the city in order to face poverty in the country. They thought we were foolish and irresponsible. Folks were literally incapable of understanding WHY we made that choice. Why would we give up well-paying jobs in order to submit to financial uncertainty? It was, in part, because of "a belief that the primary reward of work should be well-being rather than money."

Granted we were young and naive about the hardships we would face, but the lure of well-paying city jobs couldn't overcome our desire for the freedom and independence rural life offered. We liked the thought of not having neighbors breathing down our necks all around us. We still do. The cheek-by-jowl lifestyle which urban living necessitates just has no appeal to us, no matter how many cultural or income-earning opportunities were possible in the city.

And even those numbers are wildly skewed. Anyone who's flown over the dry and arid western half of America has seen vast, vast swathes of land without a single person inhabiting. It all has to do with water availability, of course. 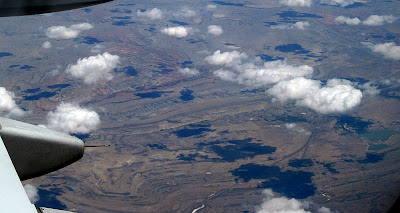 All this makes me wonder something very important. If young people are leaving rural areas, who's gonna grow the food? 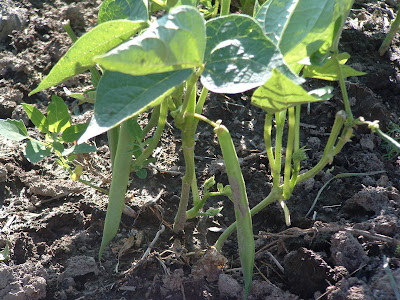 Somehow all those millions upon millions upon millions of urban dwellers must eat, but sadly there is a strong disconnect between people who eat and people who grow or raise. Far too many urban people think food just magically appears on grocery store shelves without consider all the channels that food must take to get there. Someone has to cultivate, plant, harvest, process, transport, package, and otherwise get food into a form that is both recognizable and available. Alternately someone has to raise, care for, butcher, transport, and package food from animal form into a form that is both recognizable and available. These things don't just "happen." Many people work tirelessly and thanklessly behind the scenes to make sure this nation is fed.

And if young people don't do it, what will happen after the older generation retires?

The laws of this land unfairly punish the small farmer. These laws range from the insane death taxes that often force adult children to sell their family's farm, to government goons sending SWAT teams to arrest raw milk farmers. And this is in addition to the every day challenges farmers face from Mother Nature.

The net result? At some point, the only people left to feed the majority of America will be the massive corporate agri-farmers, with people who don't have the heritage and love of the land that small farmers have.

Anyway, just some thoughts for a busy Monday morning as we work to get two large woodcraft orders complete, clean the barn, milk the cow, halter-break a calf, dehorn, weed, water, plant, and cultivate. All before noon.
Posted by Patrice Lewis at 12:10 PM