My turn to bring dessert to our neighborhood potluck. What to make? I decided to make Boston cream cake, a recipe I found in this little booklet I picked up years ago. 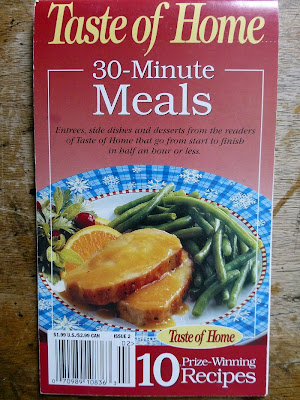 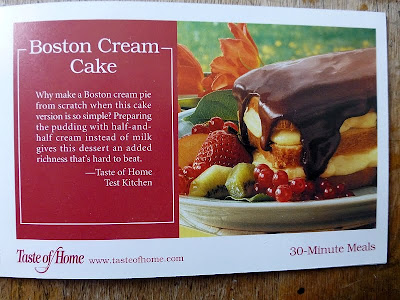 However the recipe called for store-bought pound cake. I decided to make my own from scratch. 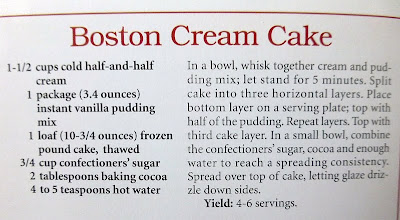 I've never made pound cake before, so this was new territory. I went back to my trusty Better Homes & Garden cookbook for a recipe. I doubled it since we have so many people at the potluck. 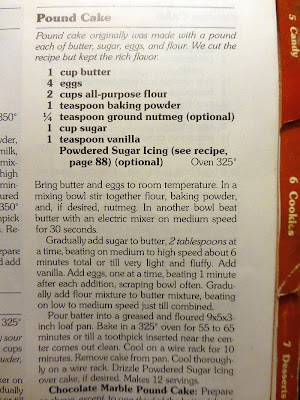 Flour and baking powder, set aside. 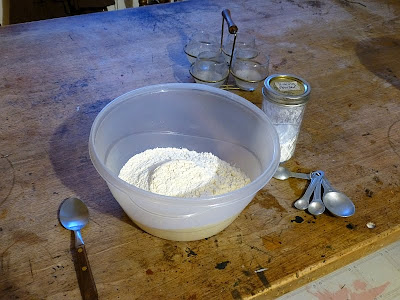 My butter was frozen solid (I store it in the freezer), so I softened it in the microwave before beating it. 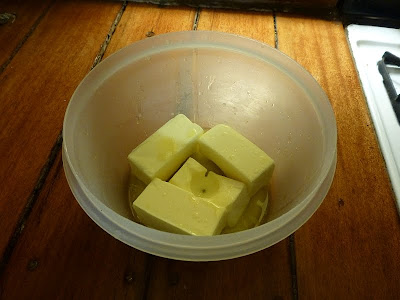 Adding the sugar, a bit at a time. 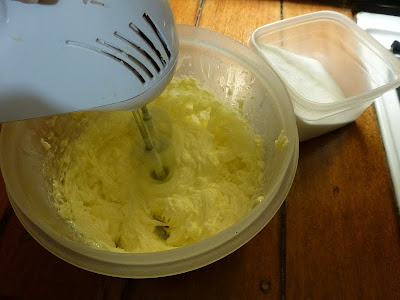 A splash of vanilla. 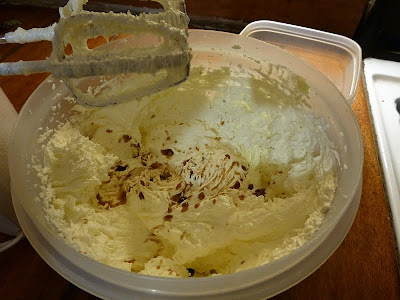 Doubling the recipe required eight eggs, added one at a time. Yikes, can you say rich? 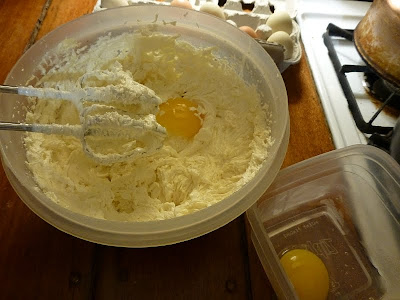 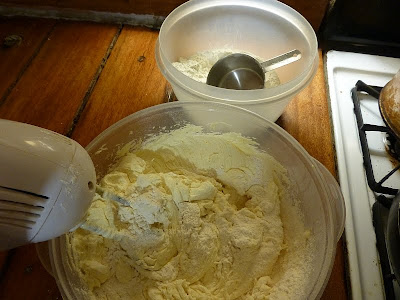 Pound cake is baked in bread pans, so I greased and floured them. 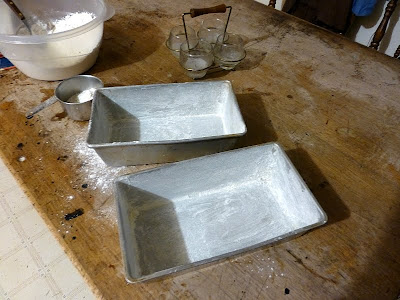 Poured in the batter... 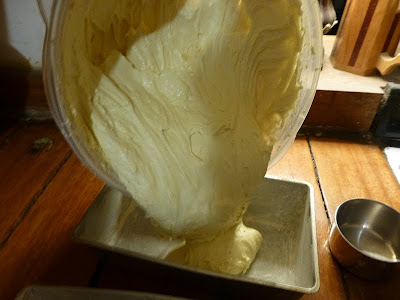 ...and baked for an hour. Actually I baked them for about 70 minutes. 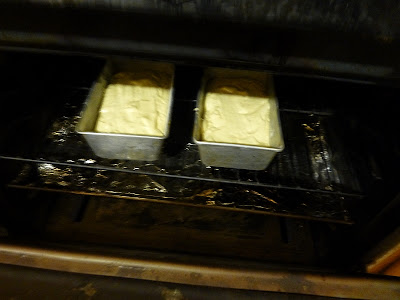 Turned out beautiful! Rich and golden. 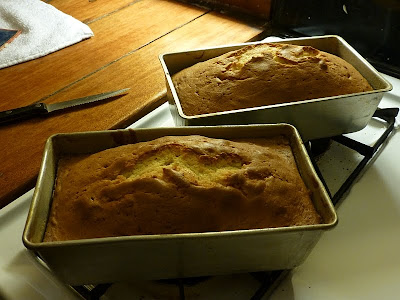 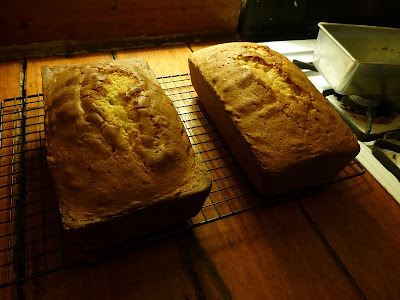 The next day I made the filling. Half-and-half added to instant vanilla pudding mix. Very simple. 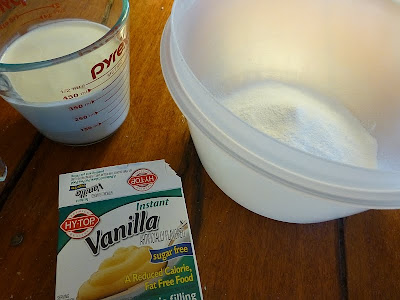 After mixing, I let it stand for about ten minutes, to harden up. 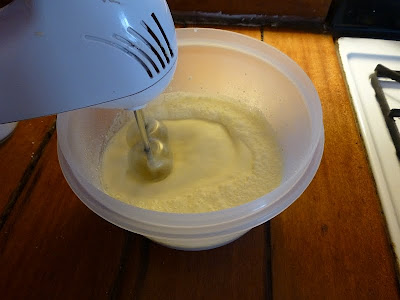 Meanwhile I made the chocolate glaze -- just confectioner's sugar, cocoa powder, and some hot water. 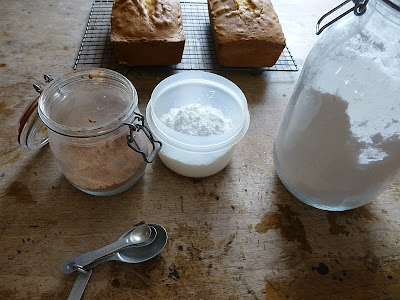 I didn't apply the glaze, but kept it separate until just before serving. 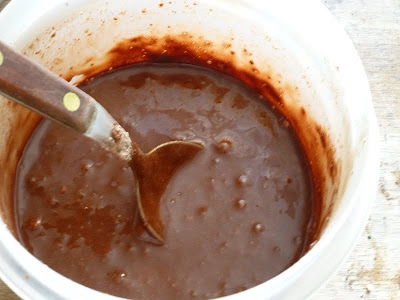 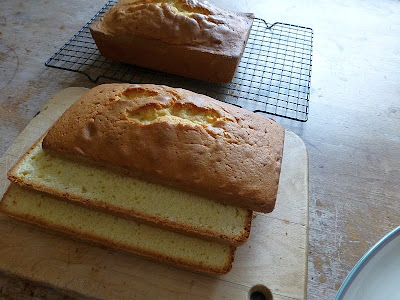 ...and layered them with the pudding mix. 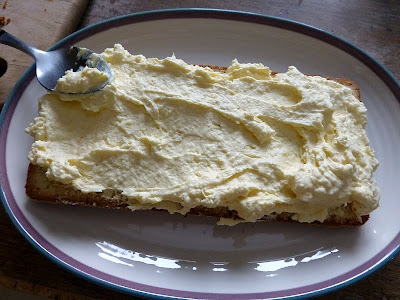 They looked so pretty! 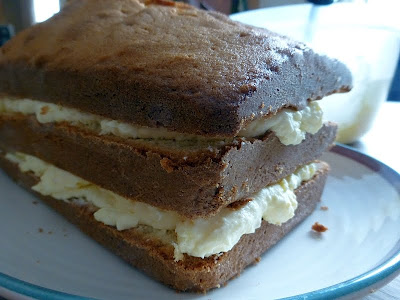 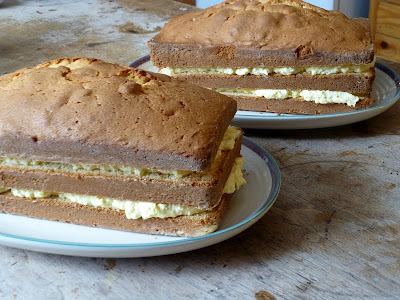 That evening at the potluck (held at our neighbor's house), I poured the glaze over the cakes. 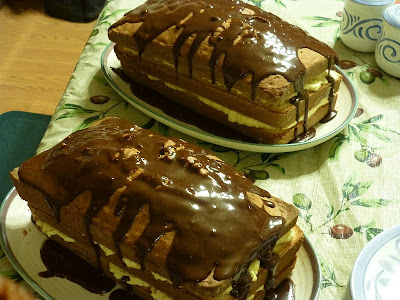 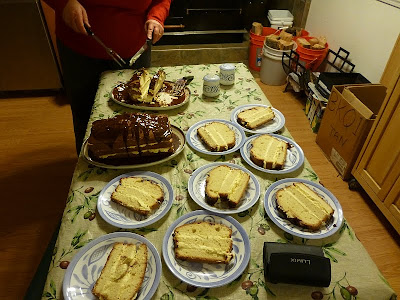 ...and many people had seconds. 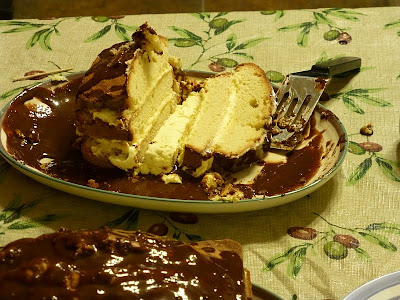 This will become a permanent addition to my dessert repertoire!
Posted by Patrice Lewis at 7:54 AM