I'm winding down my canning for the year -- and doubtless you're all sick to death of my canning posts -- but I wanted to can up a few more things to round out my pantry. This included mushrooms.

We enjoy canned mushrooms (sauteed in butter and lemon juice, yummmm!), but I got totally turned off buying those little cans of mushrooms in the grocery store a few years ago when I noticed they were canned in China. I dunno, that just struck me as something I didn't want to eat. (I've since been told there are American-canned mushrooms available, but our local store doesn't carry them).

Mushrooms are easy to can anyway, so why not can my own? That was my conclusion. 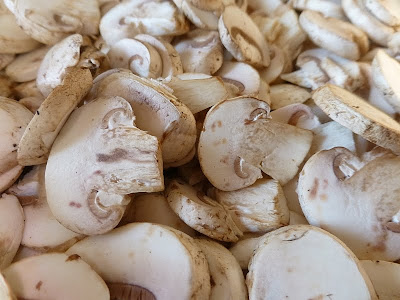 Last week I asked our regional wholesale grocery store (Cash & Carry) to order me 20 lbs. of sliced mushrooms. When I went in this week to pick them up, I learned that someone had bought two of my four flats, so I ended up with only ten lbs. of sliced mushrooms. I already have some jars canned up in the pantry and this new batch was merely to add to my existing inventory, so I didn't mind so much.

Each flat holds 5 lbs. of mushrooms. 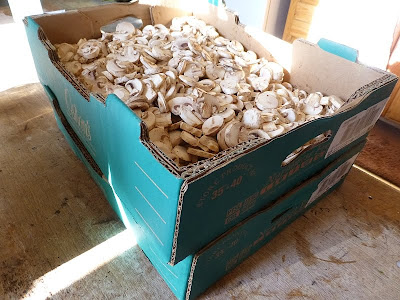 Mushrooms must be hot-packed -- they're one of those foods that shouldn't be cold-packed. 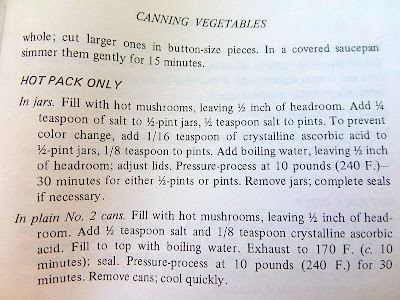 So I put all ten pounds in my biggest pot... 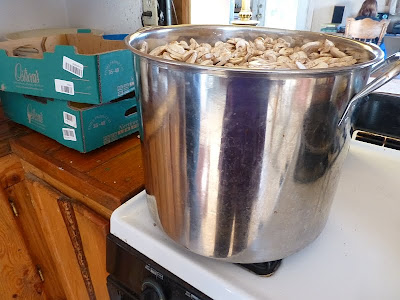 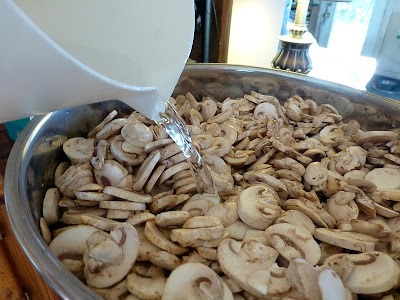 ...and brought them to a boil. My girls hate it when I can mushrooms because they don't like the smell of them cooking. I always tell them, tough patooties. 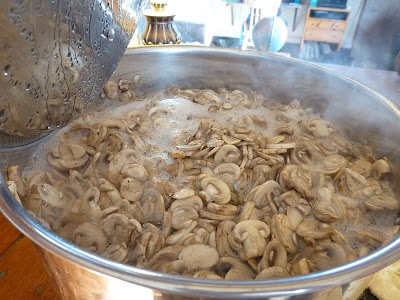 While the mushrooms were cooking, I washed the jars. 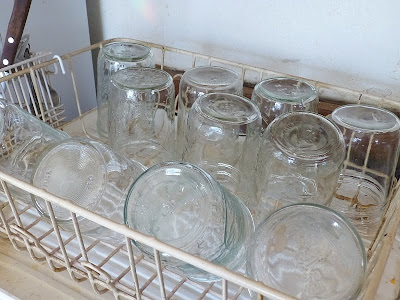 Then I started filling the jars, using a slotted spoon. 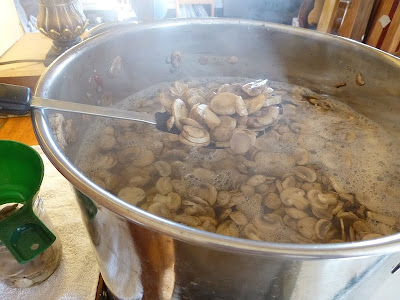 I quickly realized this was inefficient, so I drained the mushrooms into a colander instead. However this wasted the cookwater, something I didn't think about until it was too late. Oh well. 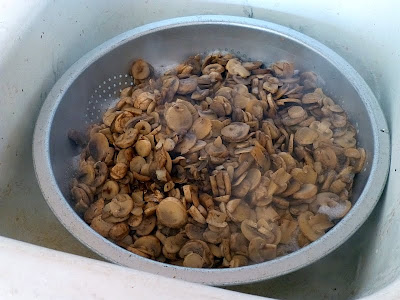 On the other hand, there's no question the drained mushrooms were easier to put in the jars. 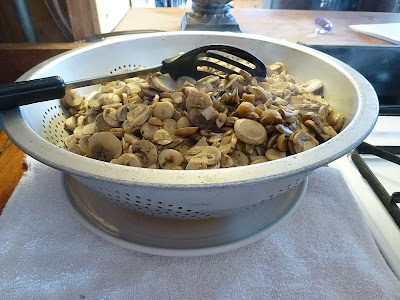 I added a half-teaspoon salt to each pint... 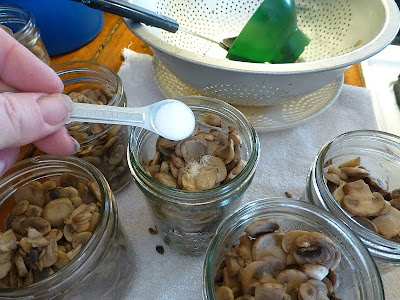 ...then topped each jar with clean boiling water. 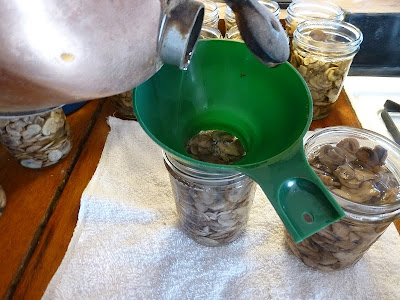 I could have added some ascorbic acid to each jar as well, to preserve the color, but I don't have any in stock. (Make a note: get some.) 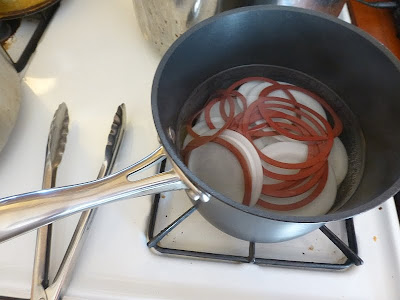 Wiping the rims (and checking for nicks). 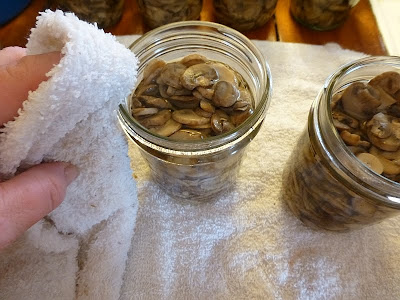 Lids and rings on... 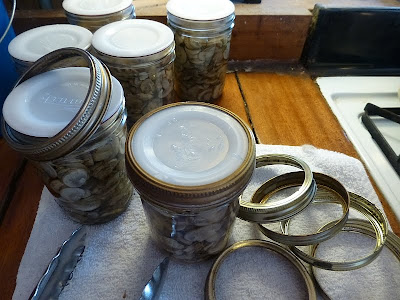 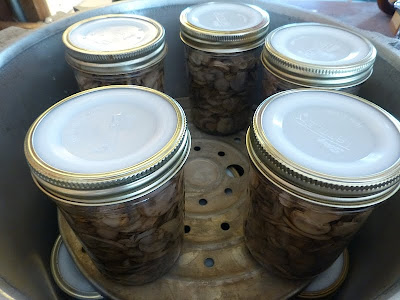 I ended up with 13 pints out of the ten pounds of sliced mushrooms. The two flats of mushrooms cost $22, which comes to $1.70/pint. I haven't checked the price of canned mushrooms in the stores lately -- did I save money?
Posted by Patrice Lewis at 9:02 AM