First and foremost, I must apologize for how little I've been posting in the last few days. We're in the final stretch of the busy season for our woodcraft business (one more week!!!) and we're stumbling around in a dim haze of work, work, work. 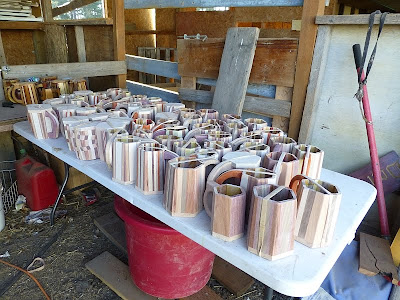 Poor Don is especially tired since so much of the shop work falls on him. Next Tuesday (Oct. 9) is our last ship date to the Kansas City Renaissance Festival (we're booth #400 -- if you're in the area, go say hello to our booth managers!) and after that we can take a deep breath and assume the identity of humans again, rather than zombies. 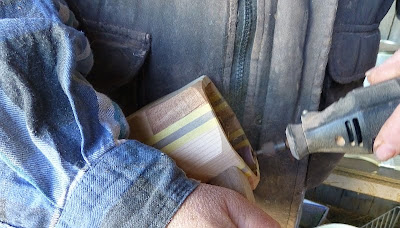 That said, yesterday the girls and I left poor Don in the shop while we played hooky for the afternoon and went to an event we'd been looking forward to for weeks: The Sustainable Expo in Spokane.

It was held downtown in the Convention Center, a modern, imposing-looking structure.

I'd never been in the Convention Center before. It was beautiful, with great views out its glass sides toward downtown. 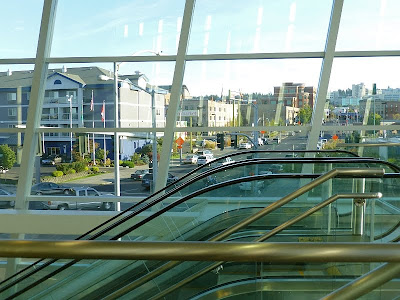 Since we had to work in the morning, we didn't arrive until well after noon. 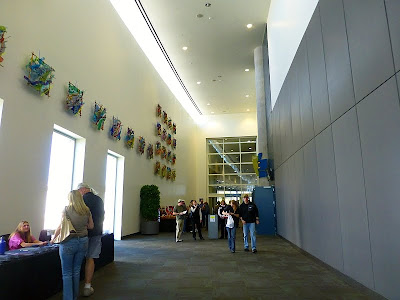 Besides our friends from Paratus Familia (blurry photo, sorry)... 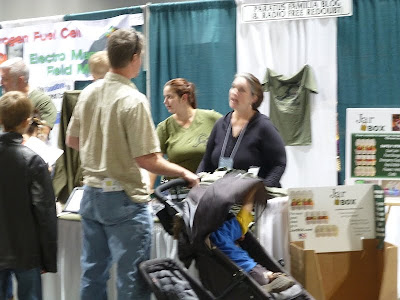 ...I was pleased to see two vendors I made friends with while attending the Self-Reliance Expo in Colorado last May.

One vendor was Pantry Paratus, run by Wilson and Chaya. Their booth is like a general store for self-sufficiency, and was certainly one of the most popular booths at the event. They carry a zillion products to help people take steps toward food independence, including lots of canning items. 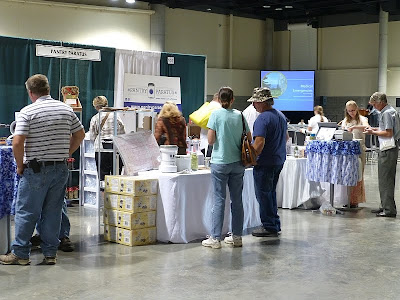 The other is Jeri McFarlane, who invented something called the Jar Box for storing canning jars. I am SO impressed with this woman's entrepreneurship and was delighted to learn she'd sold out of her products and her husband had to take a fast run home for more. How cool is that? 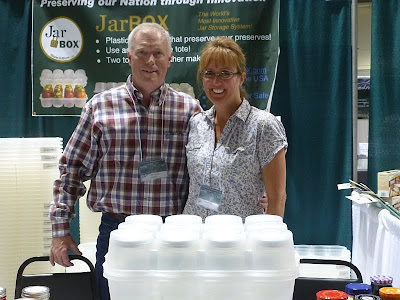 There were quite a number of breakout sessions that were very well-attended. This woman was giving a demonstration on canning, which I thought was very brave (considering she has to supply a heat source, canners, etc. -- plus her demo could only last less than an hour). 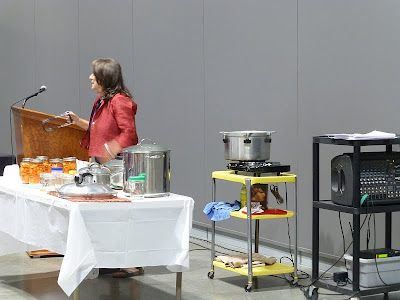 The one main stage presentation I particularly wanted to hear was this fellow Dave Westbrook, who runs Country Living University. 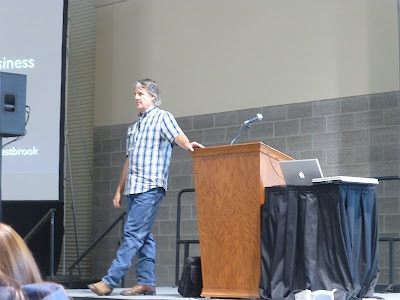 His topic was "How I Built a Successful Business From My Country Home - and How You Can Too" which, as you can imagine, was of particular interest to me. Evidently it was of interest to many others as well, because the audience was packed. 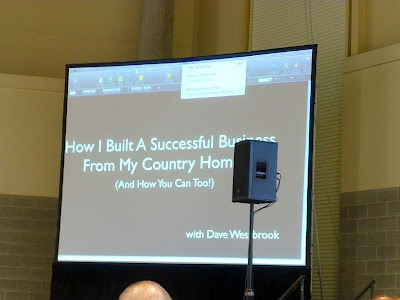 Mr. Westbrook's talk was unfortunately shorter than it otherwise might be (all speakers and demonstrators were on a strict time limit), but his principles were so sound that I caught up with him afterward and exchanged contact info. I hope to do an interview with him in the future.

(By the way, all the main stage speakers were filmed.) 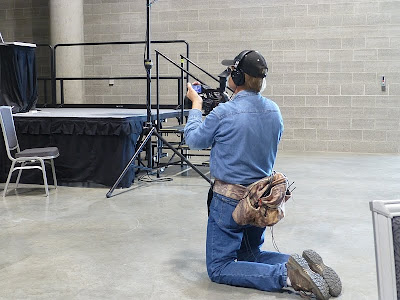 I had the happy fortune to meet several blog readers. Some were shy (they laughingly gave me permission to photograph the back of their heads)... 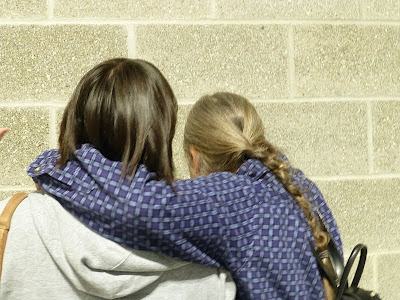 ...and others were less so. (I did warn everyone that these photos would go up on the blog!) I adore putting names to faces, so meeting these groups of folks was a treat indeed. 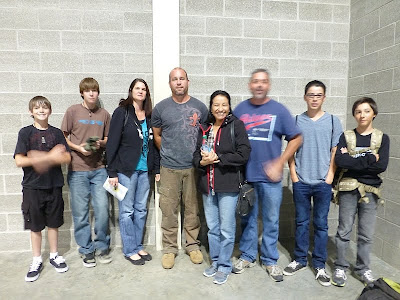 It was very late afternoon by the time we left. I had to get home and help Don get more work done. But what a terrific afternoon meeting so many like-minded people! 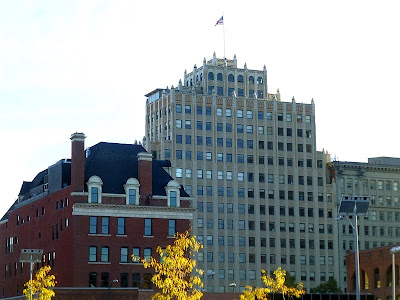 Posted by Patrice Lewis at 9:30 AM