A couple days ago, Older Daughter suddenly had a hankering for strawberry pie. Don't ask me why. I've never even made one, so where she got this hankering, I can't say.

But no matter. She looked up a recipe online -- here -- and we proceeded to give it a go.

We used one of the pre-made pie crusts I froze a few days ago, when I made quiche. 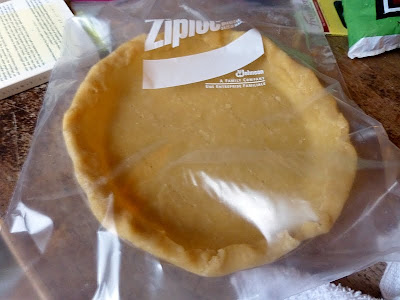 I baked it until it was browned. For the first half of the baking time, I snugged a slightly smaller pie pan inside the crust, so it wouldn't poof up. (My pie crusts will often do this, even though I poke them with a fork.) 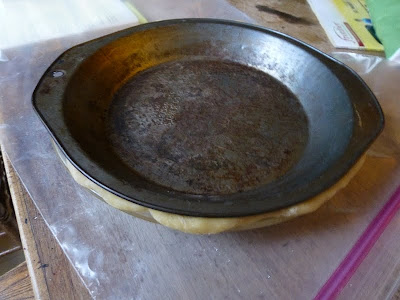 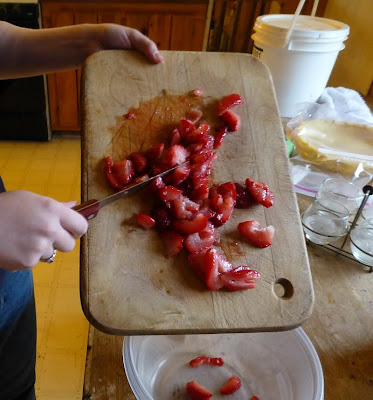 Meanwhile I whipped some cream. 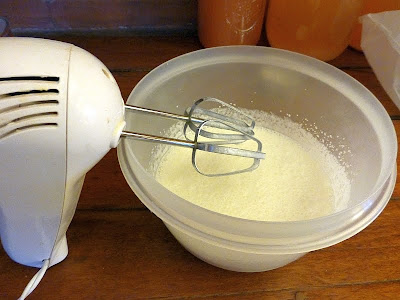 Lydia, we found out, loves strawberries and promptly begged for more after one fell on the floor. 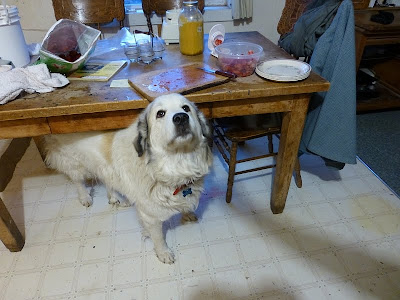 Next we took some strawberries and ground them up in the blender, to make the start of the glaze. This turned out to be WAY too many strawberries. Next time we'll use about a third of this amount. 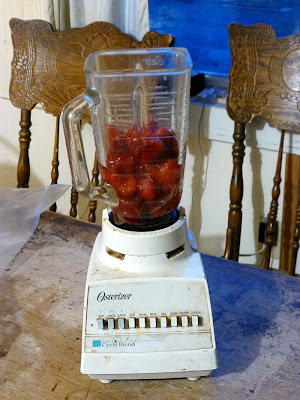 Heating up the crushed strawberries. 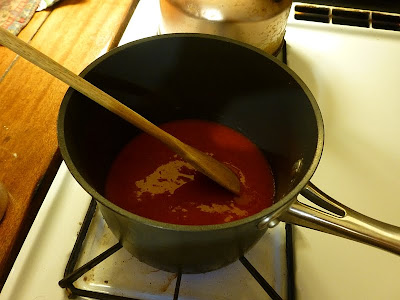 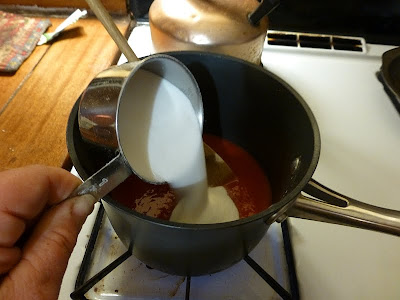 I mixed some cornstarch into water... 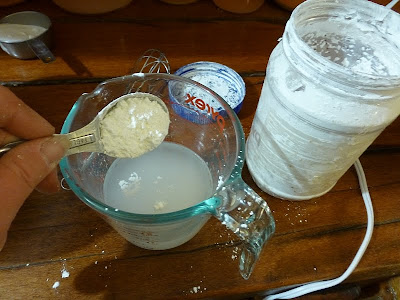 ...which I then added to the boiling strawberry/sugar mix. 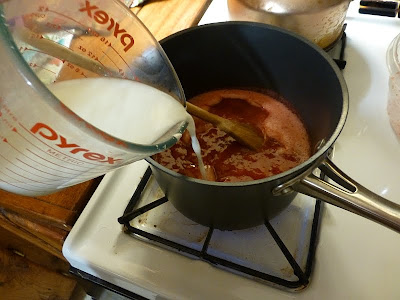 While the glaze was cooking, Older Daughter poured the sliced strawberries into the baked shell. 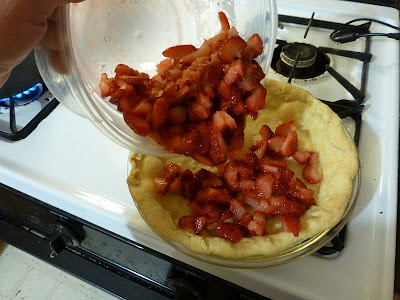 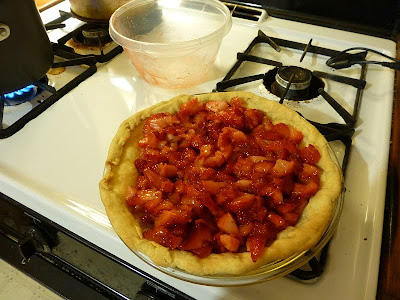 Once the glaze was boiling... 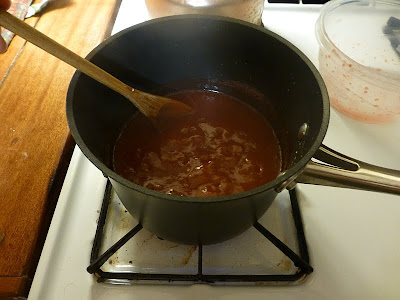 ...I poured it over the sliced strawberries. 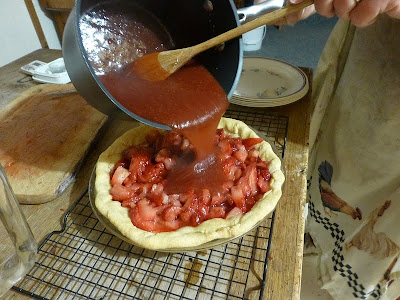 It made a pretty pie. 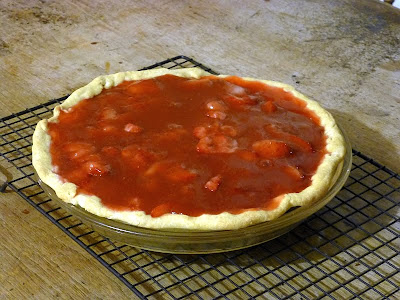 After the pie had cooled a bit, I covered it and put it in our "outdoor refrigerator" (on top our chest freezer on the porch) until morning. 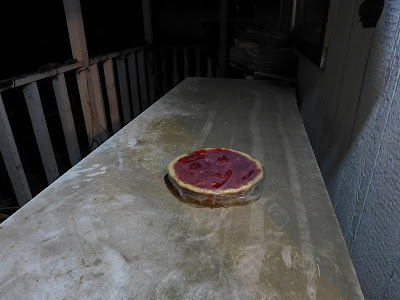 As mentioned, I had a lot of leftover glaze. Make a note: do less next time. 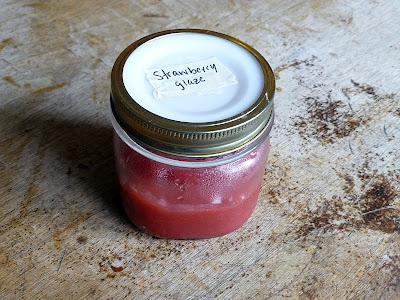 The kids dipped into the pie the next day. 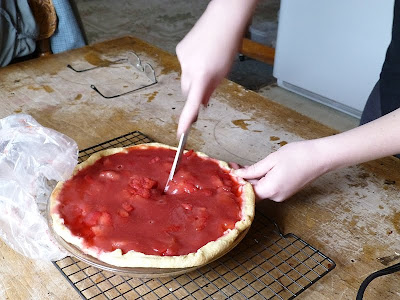 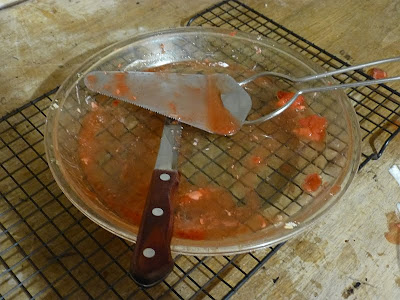 I think I have a new recipe for our dessert repertoire for the weekly neighborhood potlucks.
Posted by Patrice Lewis at 1:40 PM