I'm a little brain-dead this morning because I just finished a big fat hairy article for Backwoods Home Magazine on NAIS (National Animal Identification System), or at least its current incarnation. I emailed it to the editor last night at 10:15 pm which was technically still within deadline (the article was due yesterday). Phew, what a hard piece to write.

Anyway, since I'm incapable of coherent thought at the moment but need to immediately tackle another overdue project, here are some random pix from the last couple of weeks.

Here's an interesting bumper sticker I caught from a moving vehicle (hence the lack of focus): Republicans for Voldemort. 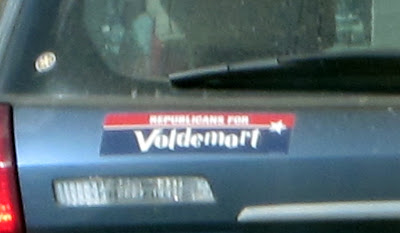 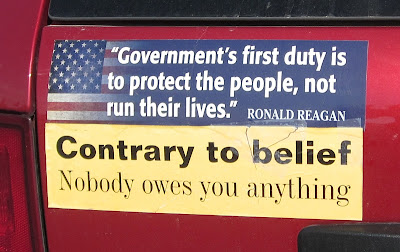 We've owned a harp for a few years. Older Daughter's elderly piano teacher is also a harp teacher, and Don has done a number of repair jobs for her over the years in exchange for lessons. Anyway he repaired a harp which had been badly damaged after a student accidentally knocked it over, and as a thank-you she let him keep the harp. Wow.

We've been storing it upstairs for some time, but that's an inconvenient location for spontaneous playing, so recently we dusted it off and moved it to a better spot for plucking. Here Older Daughter is making some music. 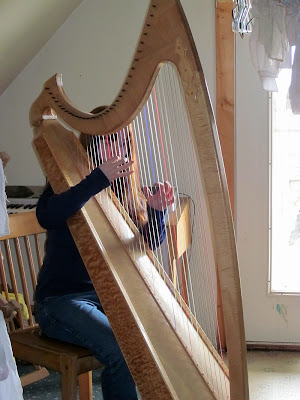 A brief but torrential hailstorm. 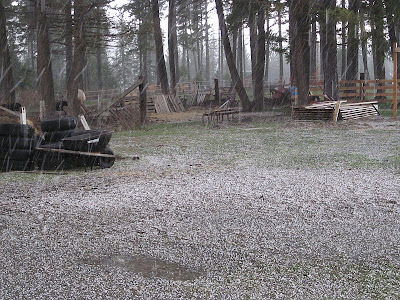 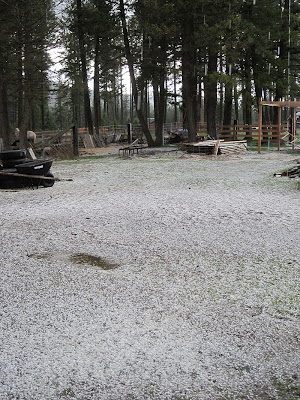 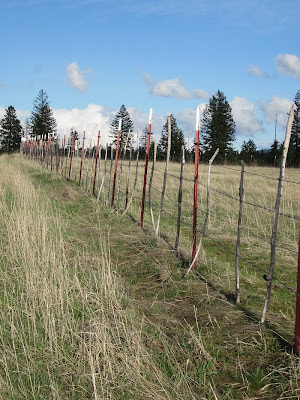 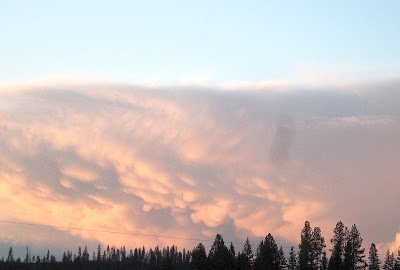 In a recent excursion into Coeur d'Alene, we stopped at one of our favorite stores -- All Things Irish -- where I photographed a few signs and bumper stickers. 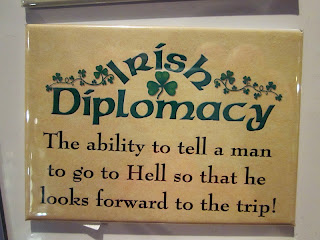 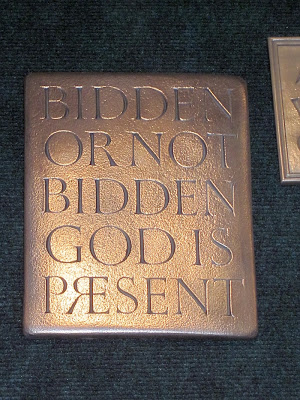 Out on the street, we also saw a sign for this amazing service. Well, why not? 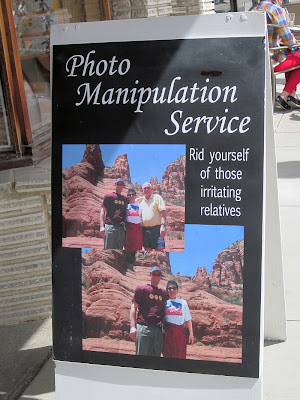 In an antique store, I saw this sign which, of course, is a subject near and dear to my heart. I just wasn't about to fork over $20 for it, figuring it was simpler not to. 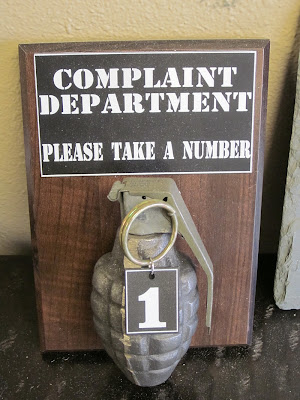 An interesting announcement on the side of a restaurant. 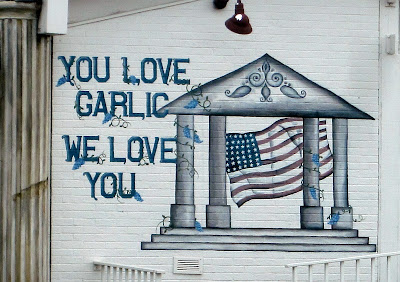 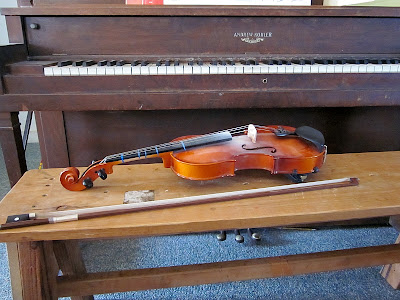 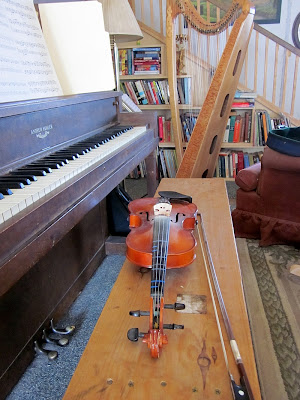 Driving in Coeur d'Alene, I caught this cloud formation which looked like a mountain looming over the city. 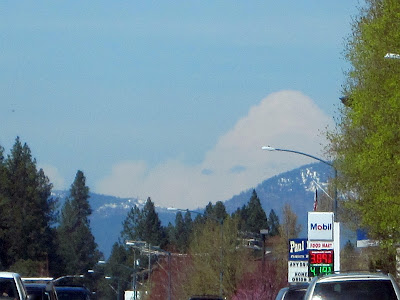 The hospital in Cd'A had this beautiful blaze of tulips... 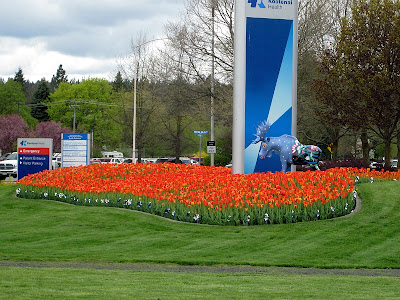 ...with a moose statue as well. Hey, this is north Idaho. 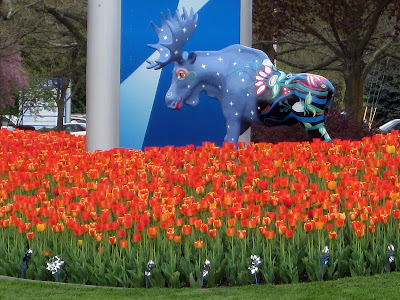 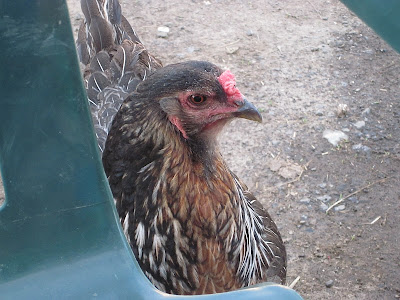 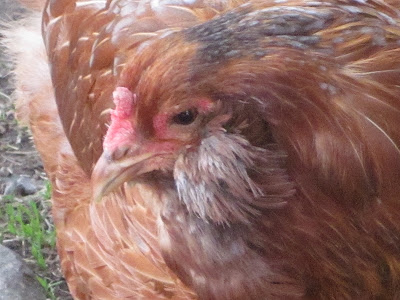 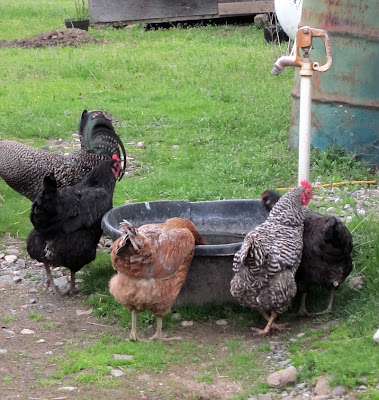 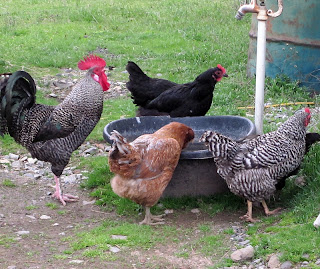 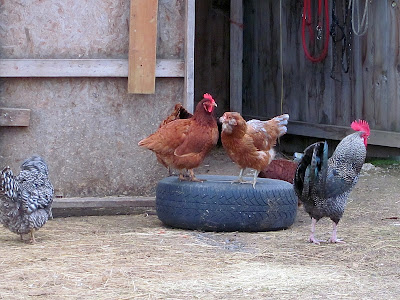 Every night before bed, I get my tea ready for the next morning. I also put a cover over my tea cup because one time, many years ago, I poured boiling water into my cup, then instantly heard an alarmed "Squeak!" and a mouse jumped out. So now I cover my tea cup at night. 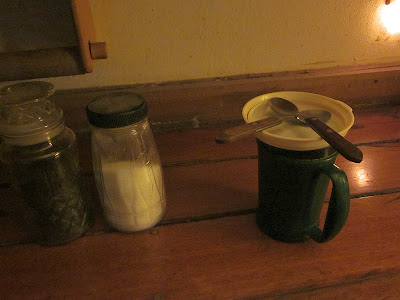 Evidently with good reason. The other morning I came downstairs and saw this. I think it's time to set a mouse trap. 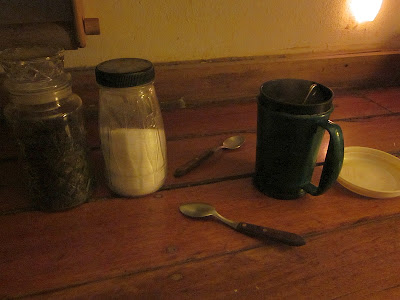 Just a pretty shot of some pine branches. 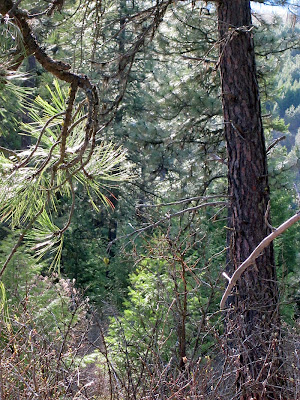 Posted by Patrice Lewis at 7:39 AM