But before I could plant, I needed to get the tires ready. Except for the potatoes, these will be the first "rows" in my nascent tire garden.

I started by putting newspaper and wire mesh below each tire, then shoveling some dirt (just regular dirt from the plowed garden) into the tires. 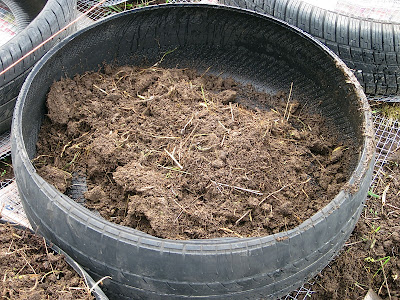 Then I filled about 2/3 of the remaining space with composted manure. Got lots of that. 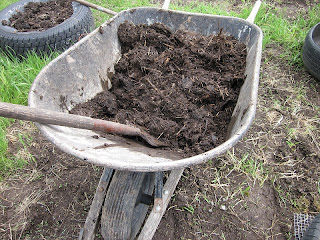 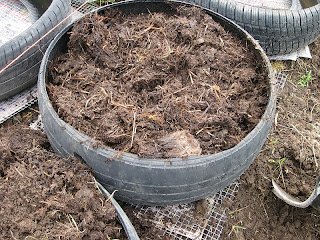 Then I shoveled another layer of just plain dirt over the top. I'm aware that I'm also shoveling some weeds and their root systems, but that's okay. Oddly enough, I don't mind weeding -- and at least with tires, the weeds are confined. Once they're gone, they're gone. 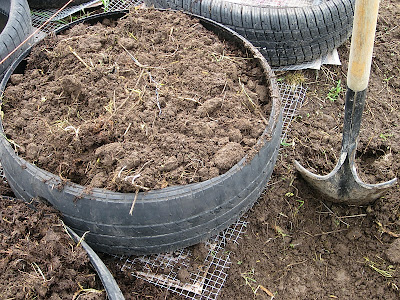 I paused and took some photos of a robin, possibly my all-time favorite bird. He was comfortable enough that he spent some time grooming as I took pix. 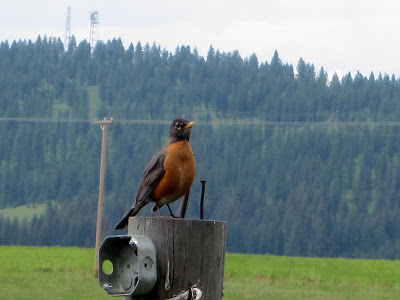 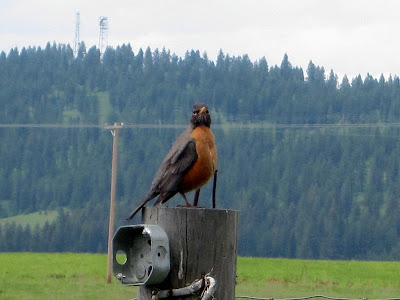 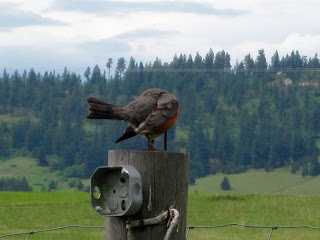 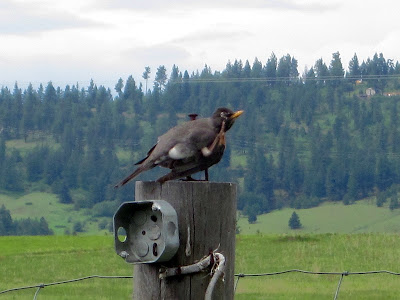 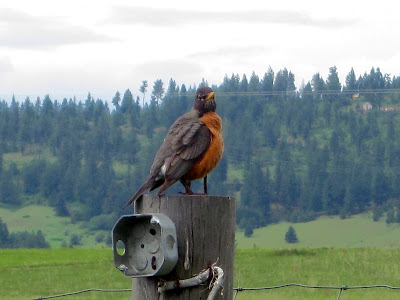 Filling the tires is actually pretty quick work, except for trundling the manure over from the pile. 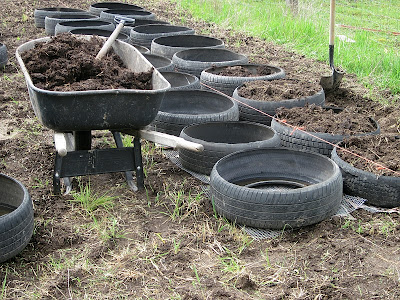 While I worked, the chickens took dust baths in the pile of topsoil. Dust baths help keep mites down on chickens. It's a good healthy thing for them to do. 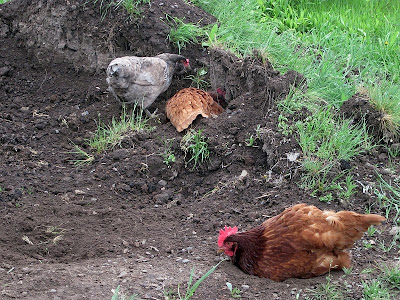 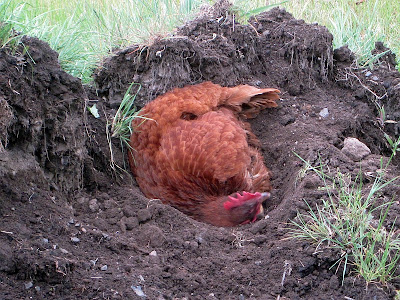 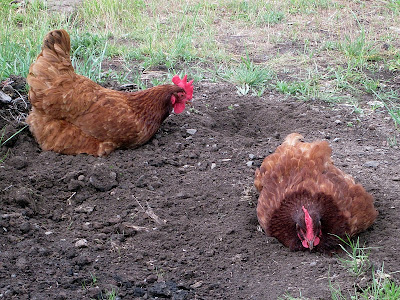 It was a day of grumbly thunder... 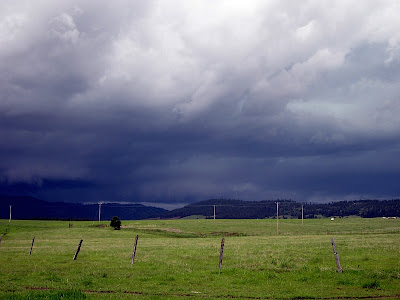 ...though most of the rain skirted around us. 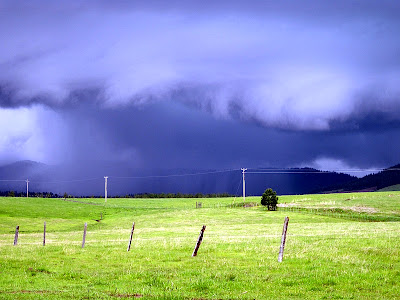 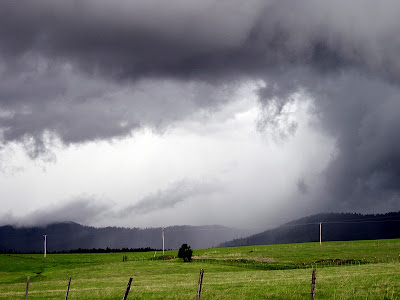 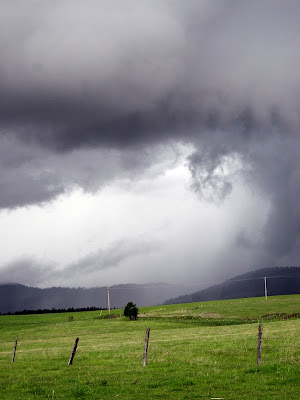 Older Daughter, who loves thunderstorms, perched on our driveway gate to watch the show. 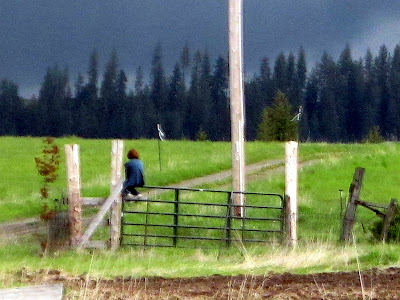 Anyway, I diligently filled all the tires for which I had newspapers and mesh already installed. 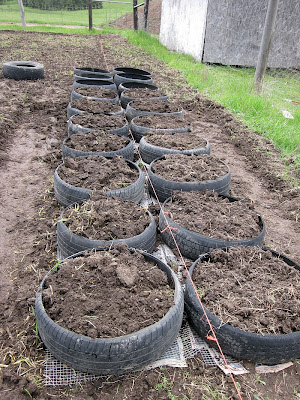 Then I came in and counted out peas, and realized I didn't have nearly enough tires. Back to the drawing board. 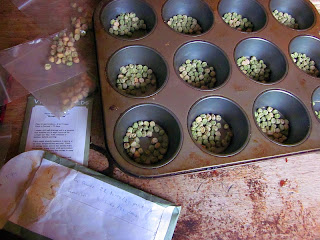 So the next day I added another sixteen tires. This time laying down newspapers and mesh was complicated by the high gusty wind. Really complicated. Newspapers and wind don't match. 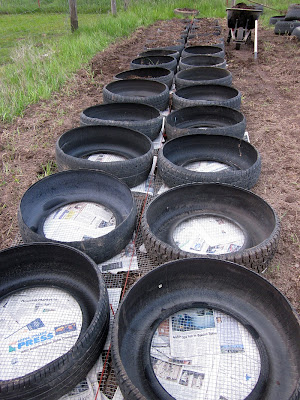 Then I started trundling manure and filling tires. This took so long that I didn't get finished until just before dark. 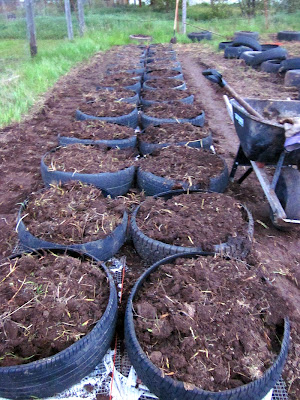 So the next day I finally got around to planting peas. 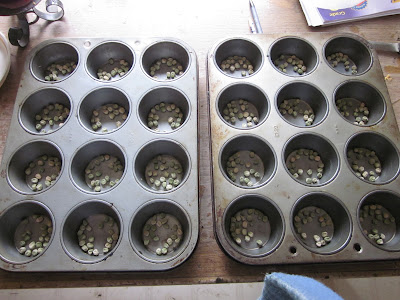 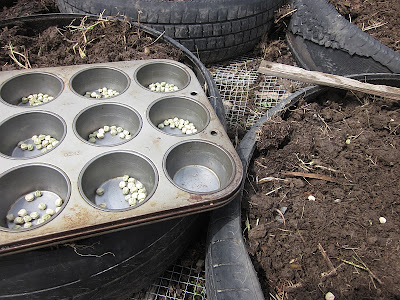 According to the planting directions on the package, I could fit about 20 peas per tire without crowding. 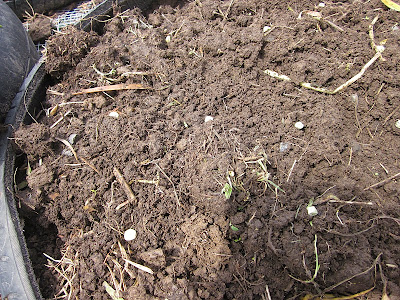 My robin friend was back, looking for grub. 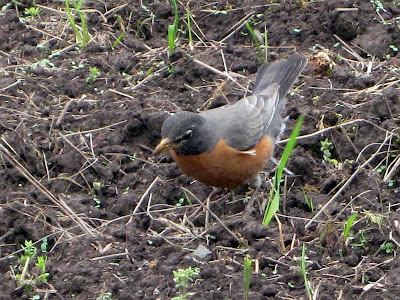 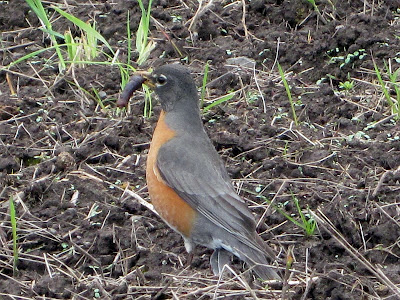 But I only got about one-third of the way through planting the peas when I got driven in by rain. Heavy rain. And as I write this, it's only 42 degrees and pouring -- decidedly chilly for late May!