I was awoken this morning at 4:30 am by the sound every livestock owner dreads: the sound of hooves where they shouldn't be. This far north, it's quite light at that pre-dawn hour, so I lifted my head and looked out the window. "Oh, they're not gonna like that," I murmured as I watched five horses gallop across our neighbor's -- the wrong neighbor's -- field.

I got dressed and headed downstairs to call the Neighbor A, whose horses had escaped. Just as I reached the bottom step, I received a call from Neighbor B, whose field the horses had just galloped across. He was spittin' mad because the escaped horses had trashed his fences in an effort to reach Neighbor B's horses. (Horses can be hell on fences.)

The reason Neighbor B called me was because he didn't have Neighbor A's phone number, and Neighbor B knew I was an early riser.

So I called Neighbor A (who, to his credit, actually answered his phone at that hour) and explained the situation. Meanwhile I headed down our driveway to keep on eye on the escapees. 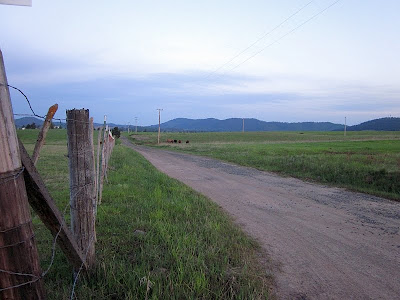 The light was still a little dim, so the photos aren't the clearest; but here are four out of the five the culprits. 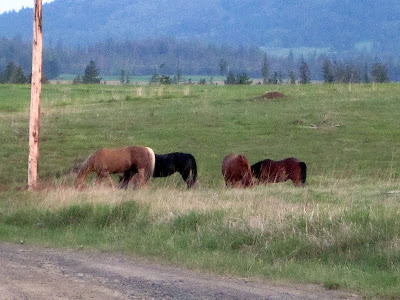 The thinnest slice of moon shone in the eastern sky. 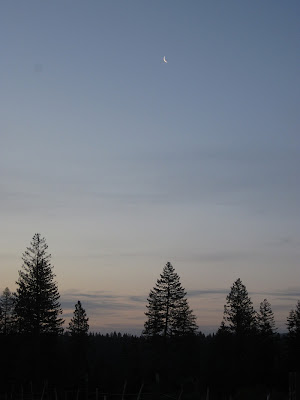 A blurry shot of one of the horses greeting Brit, our mare. 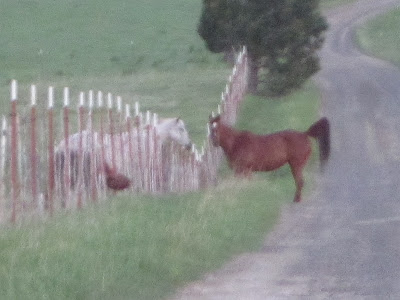 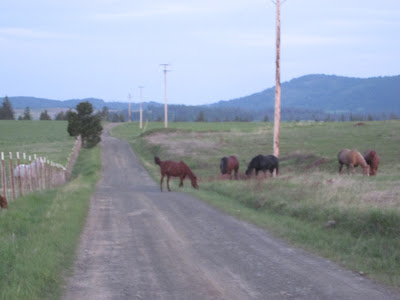 "Crud. The party's over." Neighbor A drives up on his ATV, grain and halters in hand. 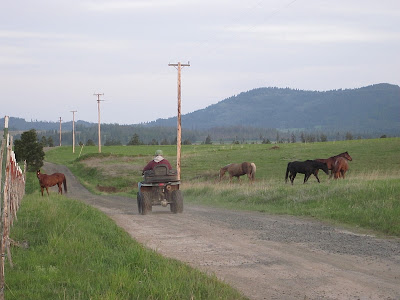 "If one comes, the others will follow," he told me. Here he's haltering up one of the horses... 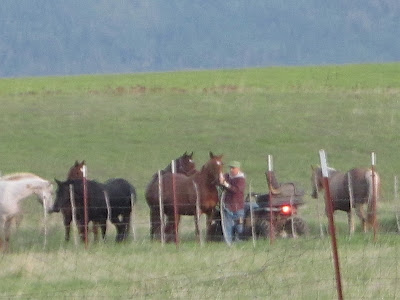 ...before slowly driving away, pulling the horse along. 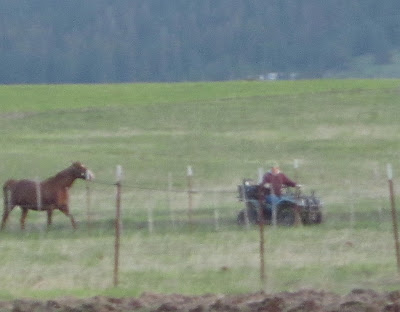 Sure enough, the others followed. 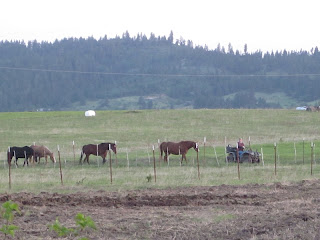 The drama ended just as the sun rose, 5:20 am -- though Neighbor A still has to mend some fences (both literally and figuratively) with Neighbor B. 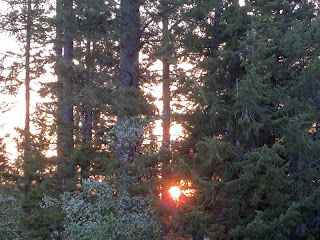 I'm so used to it being us whose livestock escapes. In a weird sort of way, I'm glad it was someone else this time.
Posted by Patrice Lewis at 4:59 PM