If anyone -- anyone! -- has ever questioned the public school system, you must watch this video clip.

This clip features an interview with Charlotte Iserbyt, who served as senior policy adviser in the Office of Educational Research and Improvement (U.S. Dept of Ed) in the first Reagan administration. What she saw there caused her to become a whistleblower and ultimately to write the book The Deliberate Dumbing Down of America [full disclosure: haven't read it]. 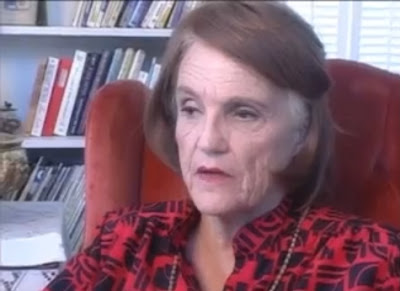 During interview, she relates how she had access to all the documents for the "restructuring" of not only American education, but global education. She was trained to "identify the resistors" (to the sex ed/drug ed/alcohol ed/suicide ed/death ed programs) and try and get them to join.

During some in-service training while on her local school board in Maine, she was given a thick manual called "Innovations to Education: A Change Agent's Guide" which gave specific and deliberate instructions on how to "con the Christians" and others who were upset with what the schools were trying to do, and how to "bring them over to your side."

All of this "change agent" training was (and still is) funded by the U.S. Office of Education, with funding starting in about the late 1960s. She described how "facilitators" would come to school districts to train teachers. And teachers throughout the years had to undergo constant training and re-training, along with sensitivity training to "break their values" so there is no right and no wrong. 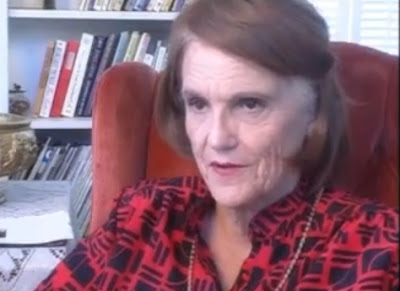 Ms. Iserbyt mentions Dr. Benjamin Bloom, whom she describes as "the most important behavioral psychologist ever to live" after Pavlov and Skinner, as the one who implemented this system in the United States. She paraphrases his "blatant" beliefs: "The purpose of education is to change the thoughts, actions, and feelings of students" and how he defines good teaching as "challenging the students' fixed beliefs" in order to effect change. She describes how he could "take a student from here to there -- from a belief in God or his country or whatever to being an atheist and not believing in his country in one hour. They bring about the attitude and values change through the emotions of the child.

So what are your thoughts on this? Is Mr. Iserbyt a conspiracy nut or is she accurate in what she says she witnessed while in the Department of Education? Does anyone have any more information on this?

(Still no regrets that we chose to homeschool...)
Posted by Patrice Lewis at 1:04 PM