Looking meat in the eye

About ten years ago when we still lived in Oregon, we were faced with butchering a steer for the first time. And I do mean this was our first time. A friend put into words what I was privately wondering myself: would we be able to eat the meat? We had raised that steer from infancy. How could we eat him after looking him in the eye for two years?

In fact, this friend made a joking wager that we wouldn't be able to eat him. I won the wager when she and her husband invited us for dinner one evening and we brought the steaks. (They were delicious.)

This issue sparked a half-humorous piece I once wrote called The Cuteness Factor. But all joking aside, the issue of eating what you raise is actually quite a serious one. It's one thing to be brought up on a farm, dealing with the realities of butchering on a regular basis. But for those embarking on country living after a lifetime shopping at conventional grocery stores, it's not an easy issue to overcome. If you're striving for greater self-sufficiency, eating one's own livestock is something that must be faced. 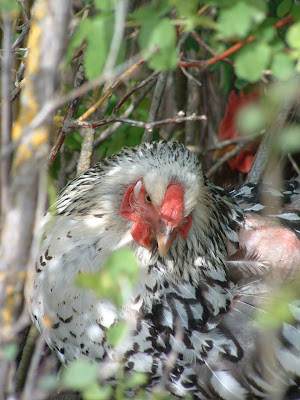 This was brought home by an email I received this morning from a gentleman named Christopher. This fellow had written before with some basic questions on chickens, and in response I put up a blog post on chicken basics. Christopher has made tremendous progress in the livestock end of things, but still had an additional question as follows:

You may remember me from an email last year that you wrote an article about. I very much appreciated your wisdom, and I have since made your blog a daily read. By the way, thanks to your advice, my wife and I currently have approximately 40 chickens and 13 ducks in varying ages, and we get about a dozen eggs a day. We also have 24 goats and a horse.

I find myself in another situation that I want to ask your advice on, regarding chickens. Well, specifically, roosters. When we realized back in November that we had too many, I took 11 of them over to a friend's house and "processed" them. I left my house with 11 roosters in a tub, came back with 11 freezer bags. Well, because my wife and daughters had raised the roosters from chicks, they couldn't eat the roosters. They still sit in my freezer.

How do you overcome this, um, hurdle? Please keep in mind that while some were brought up doing this and accept it as normal, we were not. We are trying to get there, but it isn't happening very quickly. My wife loves chicken, but she says that when she sees it in the plastic container in the market, she didn't ever look it in the eyes and feed it, watch it grow, that sort of thing. 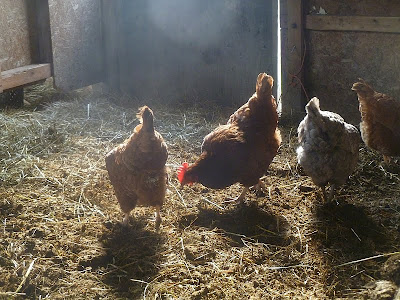 I would like to open this up for discussion among readers. How DO you overcome the "squeam" factor? How do you eat something you've looked in the eye? 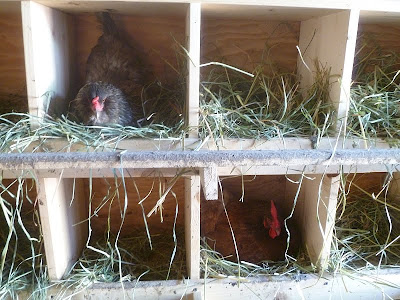 Along with Christopher and his family, there are undoubtedly countless others who have the same issues, but who are striving for independence (which includes raising livestock).

So let's give Christopher your best shot. How do you overcome the squeam factor?
Posted by Patrice Lewis at 8:29 AM