If you remember, on Saturday we attended an SCA event called Twelfth Night, as vendors. 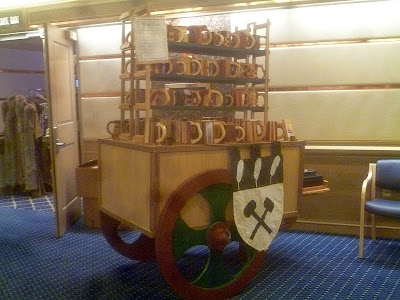 The SCA is a Medieval living history organization with chapters all over the place. It is dedicated to re-creating the best parts of the Middle Ages and discovering the chivalry in everyone. Collectively, members of the SCA have done more historical research than any other organization on the planet.

Don manned the cart on Friday and Sunday; the girls and I went on Saturday. Sadly, sales were abysmal, but it was so much fun to be at an SCA event again! We used to be active before the kids were born, but between babies, livestock, and a remote farm (i.e., far away from most large events), it got too much and we dropped out. But with this event held practically in our back yard, we went and had a blast. 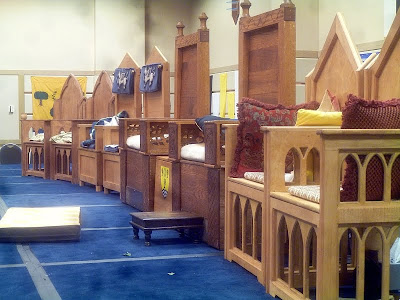 Our cart ended up in the hallway outside the Merchant's Room because we applied too late to be fitted into the room. However this turned into a blessing in disguise, because we were just across from the open double doors of the ballroom of the hotel, where Court was being held. The hotel staff had set out chairs for 600, although only about half those were filled during Court. 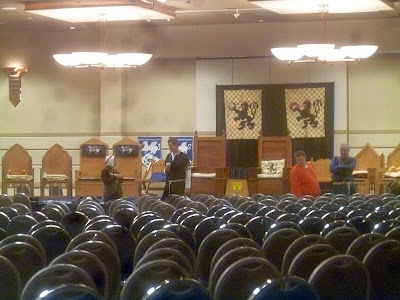 I don't know whose coronet this was, but I thought it was very pretty. And very Northwest. 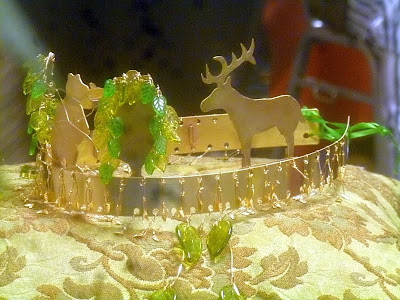 There was a charity auction held before Court (with proceeds going to the Juvenile Diabetes Research Foundation), to which we donated a tankard. 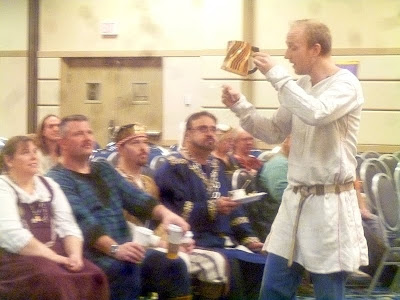 It was auctioned off for the astonishingly high price of... $105!! 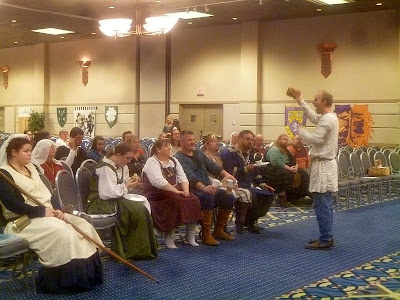 This was the last Court of the outgoing King and Queen. 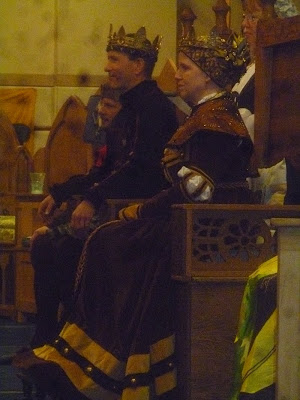 There was lots of royalty present, and they gradually made their way up to the dais... 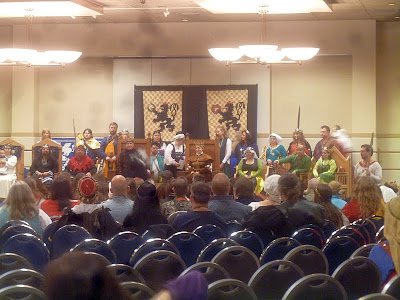 ...including this Princess with her amazingly well-behaved baby. 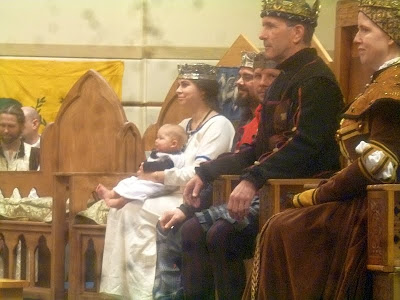 A second Court was held later in the evening, during which the incoming King and Queen were crowned. 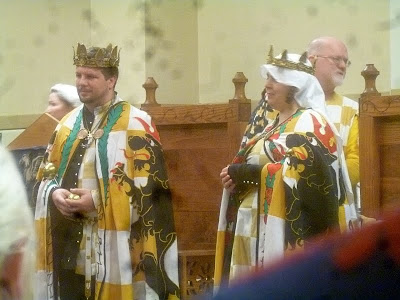 Our girls had never attended an SCA event before (unless you count a local event we went to when Older Daughter was a baby) and they loved it. I thought they'd be bored, but they were NOT. They wandered through the hotel all day, marveling at the pageantry and the costumes... but most of all at the manners. Men and women alike were chivalrous and kind. In the SCA, this is very ordinary. But in the "mundane" world (as it's known), such manners are uncommon. The girls found it wonderful.

They got their share of attention, too. Younger Daughter wanted to purchase a decorative dagger from a vendor in the Merchant's Room. The vendor needed my permission (since Younger Daughter is a minor) so I went around the corner and introduced myself. This gentleman was 88 years old and looked 60 (no exaggeration), and he immediately seized my hand and kissed it, complimenting me on rearing such well-behaved and polite daughters. He wanted to hire both girls on the spot to work his booth! 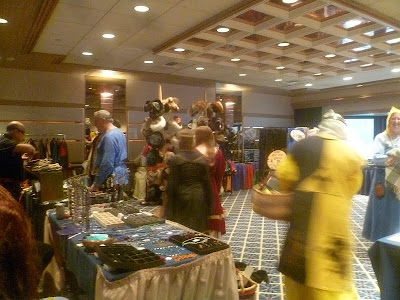 Later in the evening, the back end of the ballroom was cleared out and a Queen's Rapier Tournament was held. 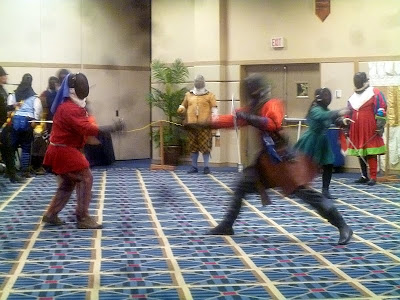 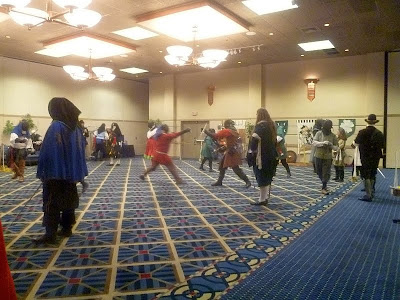 The hotel grounds were still lit with Christmas lights. 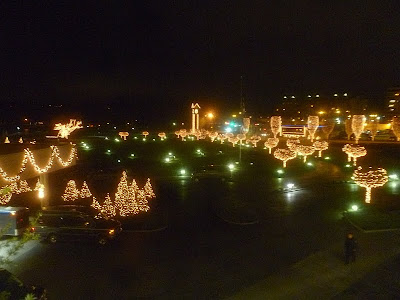 Despite the bad sales, the girls are begging to attend more events. It's all going to have to depend on distance, of course. A farm anchors us down and one adult will always have to stay home. But perhaps we can start attending some of the larger events if they're not too far away. It sure was nice being back in the SCA!
Posted by Patrice Lewis at 6:04 PM