The Death of Pretty

Recently my friend Enola Gay posted a wonderful essay on training her sons to be men. (Knowing her older son as I do, I can testify she and her husband are doing a wonderful job.)

We have no sons, but we have daughters… and the counterpart to training sons to be men is training daughters to be women.

I am the most fortunate woman in the world for having the husband that I do. Don is the ultimate head of our household, and as such he takes seriously his duty to train our girls to value their purity and treasure their virtue.

It’s funny. When our oldest daughter was a baby and I was facing the Great Unknown of raising children in a decadent society, I remember commenting to a friend, “If I can just get her through high school without her getting pregnant, I’ll consider that a success.” Oh the naïveté of that comment! Little did I realize just how much influence we could have on our daughters. As parents, we can do so much more than “merely” get our daughters through high school without getting pregnant. Instead, we can raise them to be virtuous and decent young women, someone any man would be proud to call “wife” some day.

There are many ways to guard the virtue of our daughters – not only guard it, but instill the values in our girls so they learn to guard their own virtue.

• Dads. The presence of a father is the Number One way to raise girls with virtue. Girls raised with an involved father are far more likely to develop the (cough) self-esteem (I hate that phrase) necessary to see themselves as more than the sum of their body parts. Girls raised without a father are forever seeking male attention… and sadly, the easiest way to garner attention is by acting and dressing seductively. 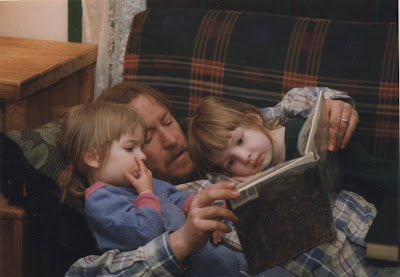 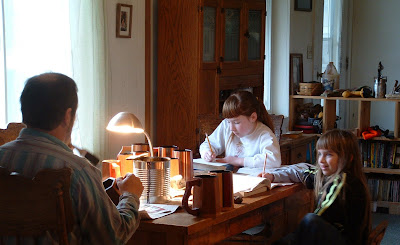 • Feminism. I don’t know how it happened, but feminism has been changed from its original lofty intent (equality for women) into something dark and sinister. The old argument feminists used was that women should be valued for their brains, not their bodies. Okay, fine, that’s not such a bad goal. Our culture has embraced feminism with an almost rabid devotion – and what has happened as a result? Young women are dressing more abysmally than ever before, advertising their bodies and (presumably) hiding their brains.

I find it interesting how hostile feminists are to femininity. Last year I spoke to one of the founders of the Ladies Against Feminism site, and let me tell you, she had some stories to tell about the nasty-grams they get from feminists! The women who run this site had to go “undercover” to escape the threats – yes, threats – against their safety from rabid feminists who apparently want to eradicate the voice of anyone expressing a non-feminist viewpoint.

• Pop culture. I don’t know about you, but I don’t see a lot of value in pop culture. It seems very few women can develop their talent for singing, acting, or other performance arts without descending into skankiness. What good is a pretty face and beautiful voice and attractive body if you act like a slut? I greatly admired Audrey Hepburn because she managed to combine gracious femininity and talent without the need to strip naked to prove her point. She was a true Lady. 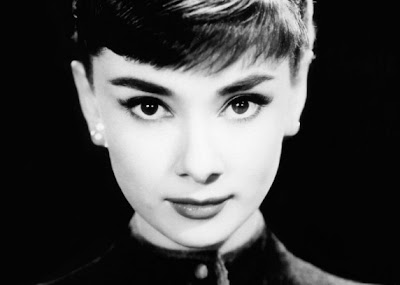 One of the major “unintended consequences” of feminism in our society is its effect on men. Men no longer feel the biological need to defend and protect women. When women routinely dress like sluts, men want to bed them, not protect them. But when women dress modestly, even the most hardened male tends to show a little more respect.

Maybe that’s why I’m such a Jane Austen and Charlotte Bronte fan. These women railed against the suppression of women in their day – but their characters did not lose their femininity despite that.

Anyway, all this was sparked by an interesting essay sent by a reader entitled The Death of Pretty by Pat Archbold. It distinguishes between the traditional views of “pretty” women vs. “hot” women. The original source, National Catholic Register, kindly gave me permission to reprint the essay here.
______________________________

The Death of Pretty by Pat Archbold

This post is intended as a lament of sorts, a lament for something in the culture that is dying and may never been seen again.

People will define pretty differently. For the purposes of this piece, I define pretty as a mutually enriching balanced combination of beauty and projected innocence.

Once upon a time, women wanted to project an innocence. I am not idealizing another age and I have no illusions about the virtues of our grandparents, concupiscence being what it is. But some things were different in the back then. First and foremost, many beautiful women, whatever the state of their souls, still wished to project a public innocence and virtue. And that combination of beauty and innocence is what I define as pretty.

By nature, generally when men see this combination in women it brings out their better qualities, their best in fact. That special combination of beauty and innocence, the pretty inspires men to protect and defend it.

Young women today do not seem to aspire to pretty, they prefer to be regarded as hot. Hotness is something altogether different. When women want to be hot instead of pretty, they must view themselves in a certain way and consequently men view them differently as well.

As I said, pretty inspires men’s nobler instincts to protect and defend. Pretty is cherished. Hotness, on the other hand, is a commodity. Its value is temporary and must be used. It is a consumable.

Nowhere is this pretty deficit more obvious than in our “stars,” the people we elevate as the “ideal.” The stars of the fifties surely suffered from the same sin as do stars of today. Stars of the fifties weren’t ideal but they pursued a public ideal different from today.

The merits of hotness over pretty is easy enough to understand, they made an entire musical about it. Who can forget how pretty Olivia Newton John was at the beginning of Grease. Beautiful and innocent. But her desire to be desired leads her to throw away all that is valuable in herself in the vain hopes of getting the attention of a boy. In the process, she destroys her innocence and thus destroys the pretty. What we are left with is hotness.

Hotness is a consumable. A consumable that consumes as it is consumed but brings no warmth.

Most girls don’t want to be pretty anymore even if they understand what it is. It is ironic that 40 years of women’s liberation has succeeded only in turning women into a commodity. Something to be used up and thrown out.

Of course men play a role in this as well, but women should know better and they once did. Once upon a time you would hear girls talk about kind of women men date and the kind they marry. You don’t hear things like that anymore.

But here is the real truth. Most men prefer pretty over hot. Even back in 6th grade I hated the “hot” Olivia Newton John and felt sorry for her that she had to debase herself in such a way. Still do.

Our problem is that society doesn’t value innocence anymore, real or imagined. Nobody aspires to innocence anymore. Nobody wants to be thought of as innocent, the good girl. They want to be hot, not pretty.

I still hope that pretty comes back, although I think it not likely any time soon. For every Taylor Swift, there are a hundred Megan Foxs, or Lindsay Lohans, or Miley Cyruses etc.

Girls, please, bring back the pretty.
Posted by Patrice Lewis at 8:37 AM