It's tough being a bird.

Here's a batch of robins, nesting in the rafters of our barn awning. Notice all the beaks of the hungry babies pointing upward. 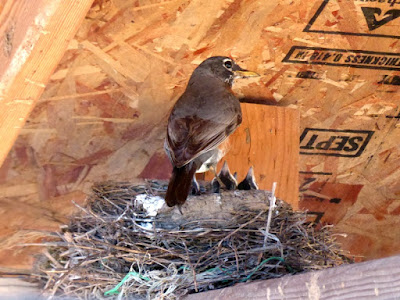 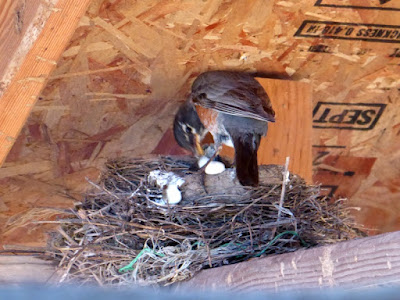 Between meals, the babies lounged in their home. 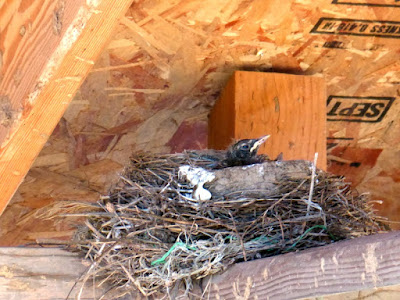 After stuffing a beak with some insect delicacy... 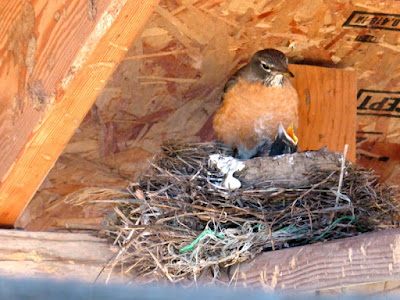 ...the mama often fluffed herself up and sat over the babies to keep them warm in the cool morning temperatures. 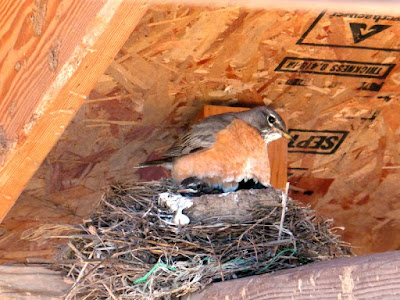 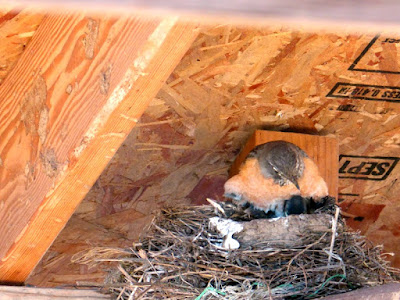 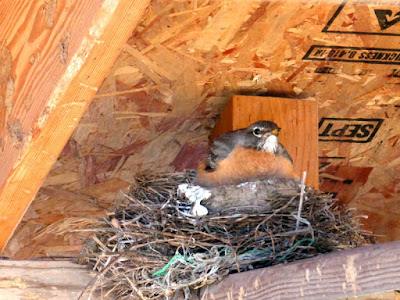 A couple days after taking these photos, a mob of magpies descended and raided the nest. It's now deserted. Nuts.

Meanwhile in the garden, I knew I had killdeer nesting somewhere. I've watched the adults court and mate, but couldn't find their nest. I always like knowing where it is so I don't accidentally step on it.

A few days ago, I finally found it while weeding the corn beds. A female hung around nearby... 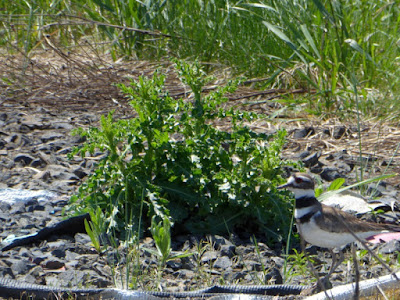 ...and finally settled down on her nest. 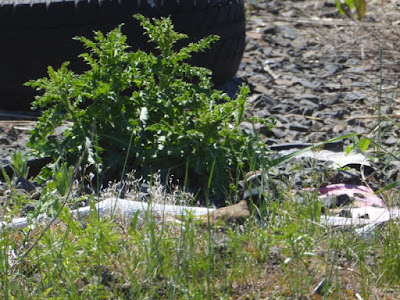 After I finished weeding, I walked over to see the nest. Hmmm. Just one egg. Killdeer usually hatch four. I looked forward to watching as the female laid the remainder of her clutch. 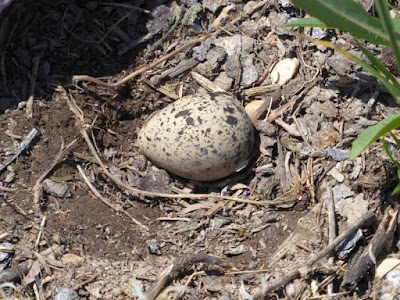 But the next day, the single egg was still there ... and the mother was gone. I think what I saw was the tail-end of her nest being raided by some predator. So -- no baby killdeer in the garden this year.

Sigh. Yes, it's tough being a bird sometimes.
Posted by Patrice Lewis at 6:43 AM