Her death was completely unexpected. After looking so ill last week, she seemed completely recovered after receiving antibiotics. She was eating, chewing her cud, nursing her calf. 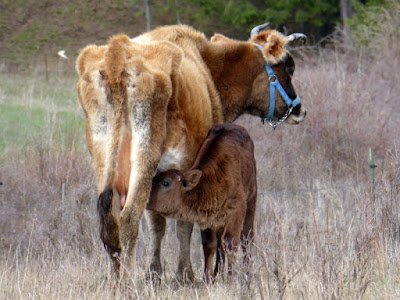 And then boom, she was down, dead before we knew it. Don removed her halter. After all, she won't be needing it anymore. 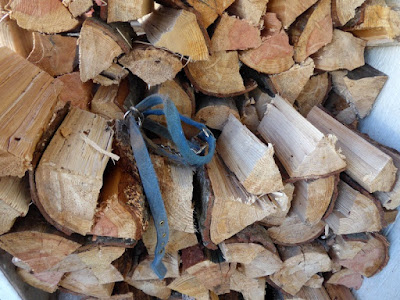 A kind neighbor brought his backhoe and dug her grave. 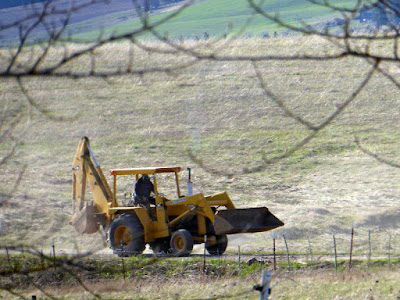 But unlike when Matilda died – taking her unborn calf with her – Polly leaves behind little Anna, less than two months old and far from being weaned. And Polly was my last trained milker.

However Amy (Matilda’s daughter) offers hope. She’s not trained to milk, but she’s lead-trained. She’s also – like Matilda – something of a “universal donor.” So yesterday afternoon we experimentally led Amy into the squeeze chute and I got some milk from her udder without a problem. By “some,” I mean a single squirt from all four teats. Since she’s actively nursing her own little calf, it's not like she’s walking around with a full bag waiting for me to milk her. For that to happen, we need to separate her from her calf at night. But at least she wasn’t fighting me trying to milk her. Amy has a sweet, gentle disposition, just like her mama did.

The squeeze chute was missing a bottom (the boards were rotted when we got it)... 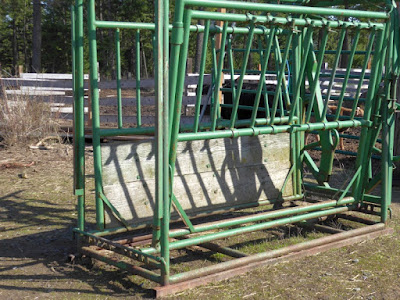 ...so Don cut two sheets of OSB and we slid those into position. 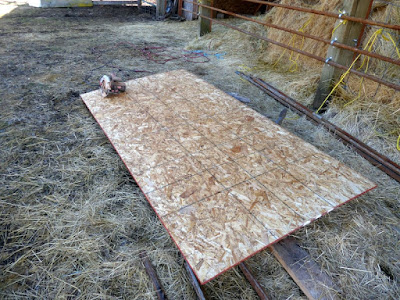 We ended up putting Amy, Amy's calf, and little orphaned Anna into the corral together. 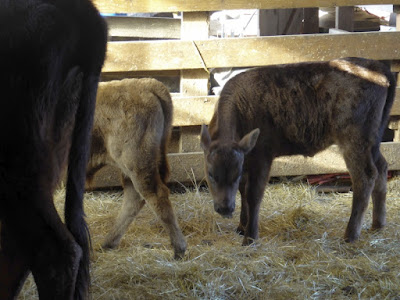 We had hopes Anna would willingly nurse off of Amy, but the grieving baby doesn’t seem inclined to do so, even though she's undoubtedly hungry. Instead, so far she has spent the entire evening and night lowing pitifully for her mother. It's heartbreaking. 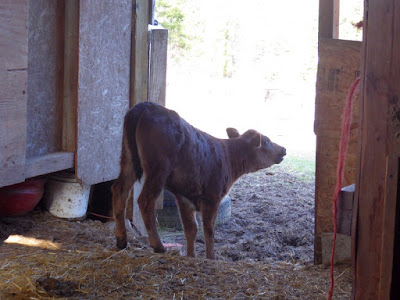 We always keep calf milk replacer on hand, so today we’ll bottle-feed Anna. She’s not going to take that indignity lying down, so it will be a bit of a rodeo until she understands what we’re trying to do, but at her young age there’s no possible way she can get sufficient nutrition from solid foods.

We’ll also start separating Amy from the two calves at night, and I’ll milk her in the mornings, with all the milk going to Anna (fresh milk is always better than milk replacement).

In the meantime, we’re all mourning Polly’s loss. Matilda and Polly, our two beloved Jerseys. Sometime farm life isn’t much fun.
Posted by Patrice Lewis at 8:38 AM