And to think it all started with a potluck

If there’s one thing I’m always harping about when it comes to preparedness, it’s comparing it to a three-legged stool. One leg is supplies, the second leg is skills and knowledge, and the third leg is community. 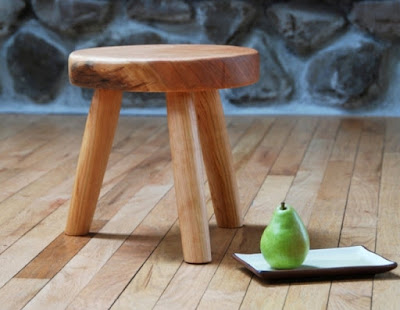 In our neck of the woods, the ties that bind us with our neighbors are our potlucks. We've been having these neighborhood potlucks for about nine years now. Nine years. That's a long time. Many of you have heard the story before; but for those unfamiliar with it, here’s how our potlucks got started.

Way back when, some new neighbors moved in across from us. They had a rough start. While the wife and four kids settled in, the husband kept his job on the east coast. For the next three years, the husband visited his new home whenever he could, but he had career commitments to tie up before he was able to move here permanently.

During this time we got to know the wife and kids quite well. One day we invited them to dinner, figuring the mom would like some adult company. She brought dessert, the grownups sat around the table and talked, the kids (our and theirs) did their own thing, and we all had a splendid time. We enjoyed ourselves so much that we invited them back the next week for a repeat performance.

As she was heading out the door at the end of that second meal, the mother said, “I’ll host next week,” and our weekly potlucks were born. Soon the husband was able to conclude his job and came home permanently. We invited a third family to join us, then a fourth, and these four families became the core of a weekly sociable that has taken place for nearly a decade.


In the last year or so, the potlucks have grown as we've had more people join our circle. I think the most we've ever had over at one time was 35 (I now keep stacks of extra plates and bowls for potluck meals). We now have four separate families acting as hosts, so no one gets overwhelmed (at least not more than once a month).

Sometimes we have to cancel for a week or even a month when schedules get busy, to resume when things are more settled. We’re fluid in our arrangements. Newcomers are always welcome – other neighbors, visiting friends and relatives, guests. With so many people, folding chairs and folding tables get passed around from house to house. Even so, often there aren't enough chairs to go around, but people are very good-natured about sitting on the couch balancing plates on their knees or eating standing up.


I can't tell you how much these potlucks mean to me. To look around a crowded room, to listen to four or five conversations going on at once, to open with prayer, to see everyone pitch in to clean up ... even after nine years of this, it never gets old.

As a result of these potlucks, we’ve been blessed to know these good people better than most neighbors ever get to know each other. We cheer each other’s victories, we mourn each other’s losses, we commiserate hard times, we laugh about good times. We celebrate birthdays and anniversaries and graduations.

If someone needs help, we know who to call. It might be a horse tangled in a fence. It might be a flat tire or a vehicle stuck in snow. It might be a missing dog or an escaped cow. It might be something heavy that needs to be moved. If someone is ill or recuperating from surgery, we pitch in to feed livestock, cook meals, and run errands. We share garden produce and seeds. We keep others informed if there’s a good deal on hay for winter feed. If one of us visits the city, sometimes we’ll pick up a needed item for someone else.


In short, these potlucks have strengthened the ties we have with the people surrounding us. To be honest, none of us gave this much thought – it just seemed like a natural thing to do – until outsiders started saying in awe, “You meet every week?” or variations to that effect, and we realized we had something special going on.

As a community, we'll often share tools and equipment, saving people the need or cost of purchasing each item on their own. Our log splitter gets used by several other neighbors. We've borrowed trailers for hauling heavy loads. Seed spreader, plow, disker, back blades, cultivator, rototiller -- all these tractor implements get passed around wherever they're needed. We have a neighbor who's taken it upon himself to be the neighborhood snowplow (since our road is not county-maintained), and we'll pitch in some money to cover his gas. Another neighbor with a Very Beefy Tractor will stack our hay for us in the barn each summer. 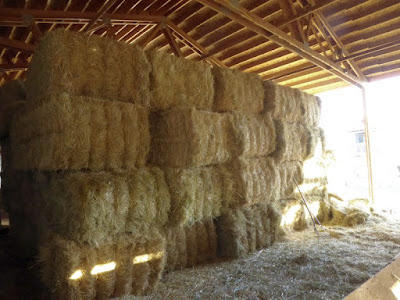 Now that our girls have spread their wings and entered adulthood, there are times Don and I think we should sell out and move to a smaller house ... but quite honestly, we don't want to leave our neighbors. We're not certain we could ever duplicate the love and friendship we've developed with these people if we moved anywhere else. So -- we're staying put. 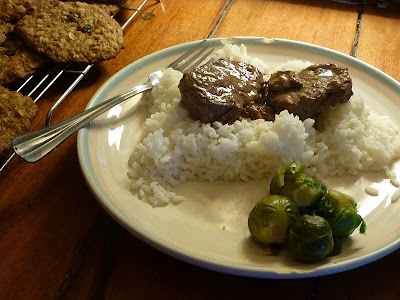 And to think it all started with a potluck. Something to think about as you look around at your own neighbors.

UPDATE: Oh wow -- this got featured on SurvivalBlog!
Posted by Patrice Lewis at 2:36 PM

Email ThisBlogThis!Share to TwitterShare to FacebookShare to Pinterest
Labels: potluck