What shall I do on this Earth Day?

For all you cretins out there, today is Earth Day, the day everyone pretends to be green and virtuous and love their “Mother.”

Earth Day is now touted as the “world’s largest environmental movement” and is often characterized by mass gatherings of people who expended untold amounts of carbon to travel to Washington D.C. and protest the carbon footprints of everyone else (usually followed by photos of the amount of trash left in their wake). 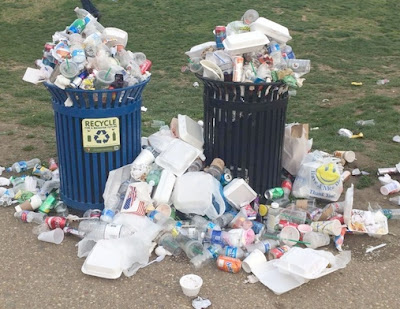 Alternately, for those unwilling or unable to go to mass protests against environmental pollution, supporters can engage in something called “iActivism” in which they can tweet or post their disgust at pollution on social media, using their mass-produced electronics and the Internet Al Gore created. These tweets, of course, will make people think they’re actually doing something useful as they take pictures of themselves holding pieces of paper with “#hastagactivism” written on it.

Meanwhile protesters/supporters will laud the continued legalization of marijuana while condemning wheat or vegetable farmers, since apparently it’s “greener” to grow pot than to grow food. It’s the old “Leonardo DiCaprio has huge yachts, jets, and homes, and Al Gore has villas without solar panels. Where do they get off telling us what to do?” problem.

Yet apparently we, the Lewis family, are the hypocrites because we don’t support Earth Day twaddle. This, despite the fact that we don’t commute, don’t use disposables, have almost zero garbage output, never use our clothes dryer, have no personal electronics (except computers and one “dumb” phone), shop second-hand stores, heat with wood, keep our electricity usage between $30 and $50 every month (LED lights!), and otherwise subscribe to nearly every recommendation the environmentalists make.

But as “green” as these accomplishments may be, activists probably won’t approve. The difference, of course, is we support green living – not the green agenda. The green agenda is nothing more than a watermelon: green packaging around a red center. It’s socialism, prettily wrapped up in 100 percent recycled wrapping paper, with a communist bow on top and backed up by governmental force. Open that green package, and the gory red insides spill out: the blood of hundreds of millions people who have died from collectivist régimes in the last century.

Meanwhile, back on the farm, we’ll celebrate Earth Day by going about our ordinary lives: Feeding the livestock, planting peas and potatoes, gathering eggs, and living the life God intended for us. I can think of no finer celebration.