Saturday afternoon as I was starting some early outside chores, I happened to notice little Hickory nursing off Amy. 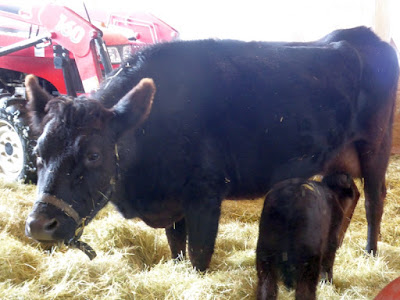 Let me repeat this: Hickory, who is Sparky's calf, was nursing off Amy, who (at the moment) didn't have a calf. 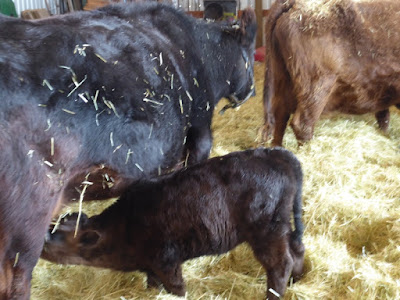 It's not unusual for calves to "double dip" from other willing cows, but this took on the air of absolute gorging. Greedy Hickory nursed and nursed and nursed, while Amy just stood there and took it. 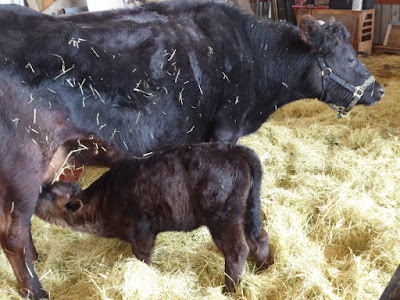 After a while, Amy laid down, and Hickory still tried to figure out how to get the good stuff. 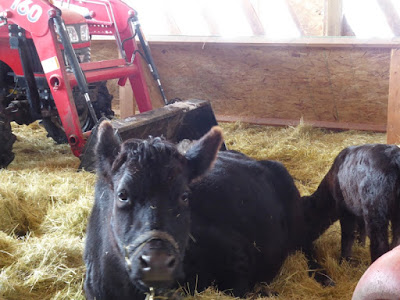 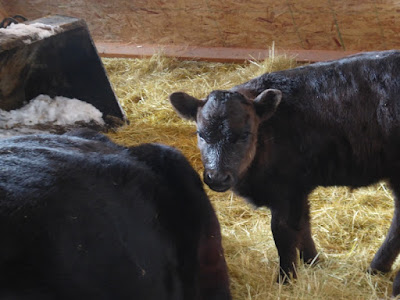 Then Amy stood up. Then she laid down. Then she gave low moos. And half an hour later, Hickory was still sucking down the milk. 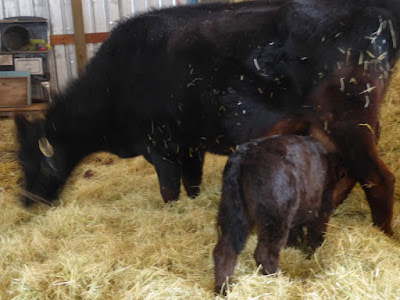 So I clipped Amy's halter to a lead rope, and I tucked her into the barn, which was set with soft bedding and fresh hay. Inside the house, I told Don, "I'm about 75% sure Amy is in early labor."

A couple hours later, near evening, I said, "Since nothing's happening, maybe I'll go ahead and let Amy out of the barn."

"Don't bother," he told me. "You'd just be tucking her back in within an hour."

He was right, but since Amy didn't have any water, I filled a bucket and brought it into her pen; and saw... 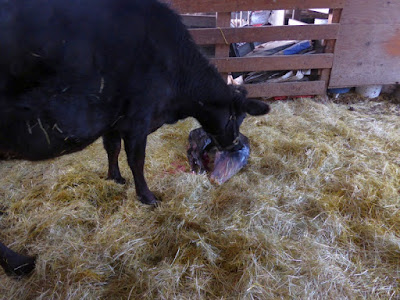 She had dropped that calf literally 30 seconds before I walked in. "Not wasting any time!" I gasped, as I dashed into the house to grab my camera (which I had foolishly left behind). "Good call!" said Don, referencing my concern about tucking Amy into the barn in case she was in early labor.

The amniotic sac was still around the baby's head, so Amy got to work removing it. 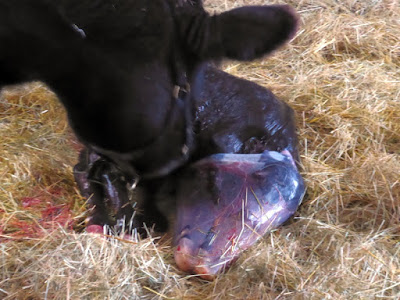 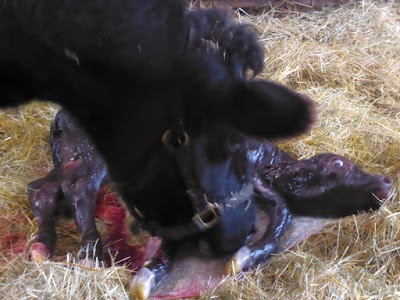 The weather was chilly but not the bitter, bitter cold we had over the last week (-6F in the mornings), so I'm glad Amy held off until things improved. 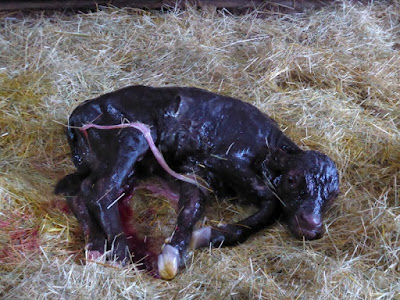 I couldn't take many more photos since it was getting so dark in the barn, but I was able to determine Amy's calf was a little boy, and he wobbled to his feet and got his first drink of colostrum (what Hickory didn't suck down first, ha ha) in due time.

Today's weather has been beyond hideous. We've had blizzard conditions: howling wind, blowing snow, drifts closing our driveway and the road, etc. If ever I've been glad to have shelter for the animals, it's days like this. Amy is rather bored, alone in the pen, but at least she and her baby are sheltered from the elements. 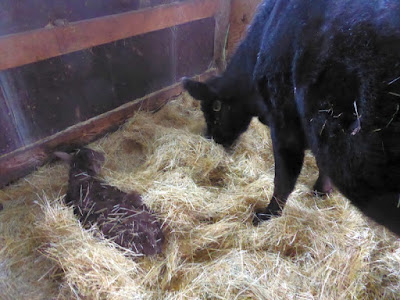 Here's the view from the pen. What's not terribly visible are the sheets of sideways-blowing snow. Yowza it's been a wild day. 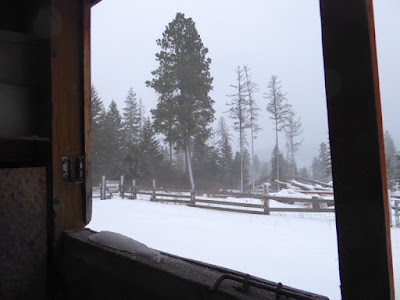 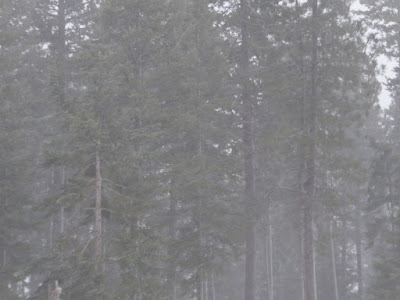 This little guy (so far unnamed) is Calf #3 out of 5. We can only hope the two remaining cows choose more decent weather to birth their babies...but if not, we'll be vigilant. 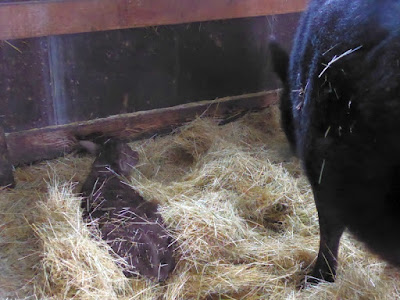 Posted by Patrice Lewis at 5:02 PM