Sorry for the blog silence over the last few days, but as you can imagine, we've been making merry.

It all started on Christmas Eve, which found me in the airport awaiting the arrival of Older Daughter from New Jersey. Thanks to all the hard-working airline personnel, our oldest arrived on time and safely from her home away from home.

The airport was festive, of course... 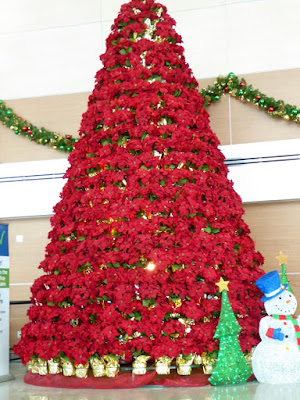 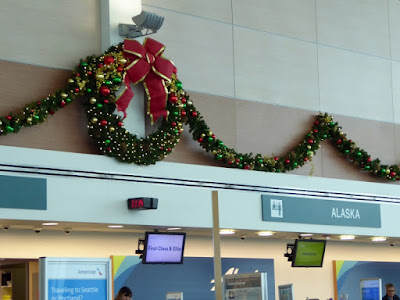 ...but the thing about airports is you can't wait to get out of them. After picking her up, Older Daughter and I went into Coeur d'Alene, where Younger Daughter was working until mid-day. We poked through some downtown stores, waiting for Younger Daughter to get off work. While in a toy store, I happened to see this startling game for sale: 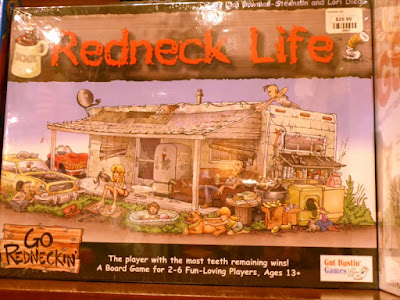 (Goal: The player with the most teeth remaining wins!) 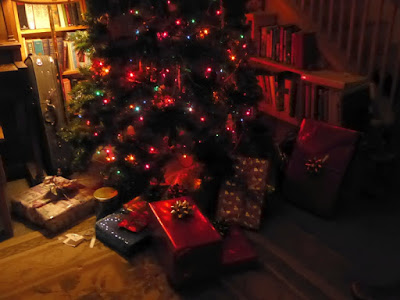 We got home just before our friends D and S arrived. These dear people have joined us for opening gifts every year since we arrived in Idaho. (Sorry for the dark photo.) 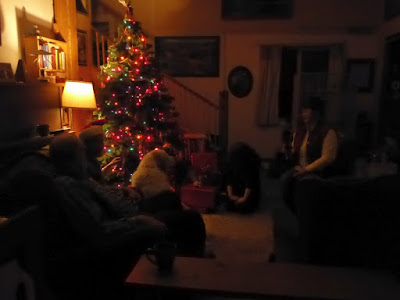 Unfortunately D. got called out a mere half-hour after arriving -- he works for the State Highway Department -- to plow. We plied him with food and sent him on his way to work a ten-hour shift through blinding snow to clear the roads. Next time you pass a snow plow on the highway, give thanks for these hard-working men.

Because let me tell you, we have had SNOW. Lots and lots of snow. 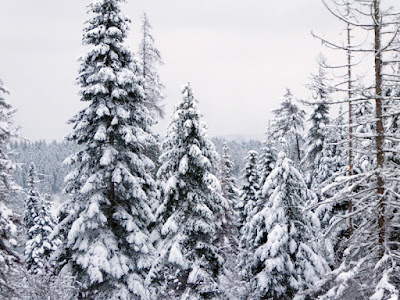 On Christmas, we feed our beasties extra well. Legend has it animals are granted the gift of speech on Christmas night, and we don't want them spreading any complaints about us. 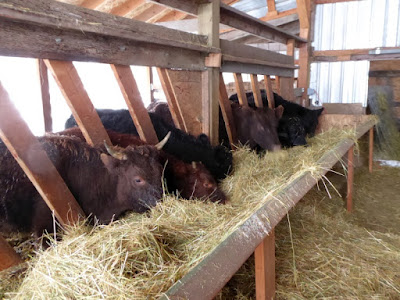 Christmas Day was quiet. We pretty much stayed holed up, though friends and neighbors stopped in to visit. Lydia played in the yard with Older Daughter. 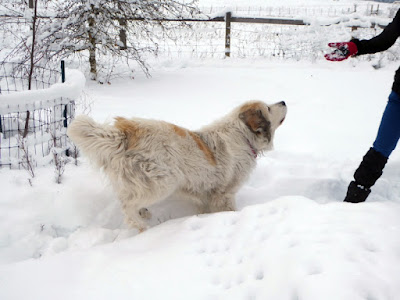 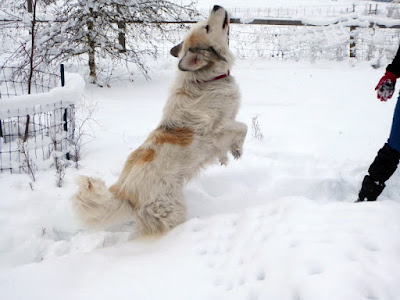 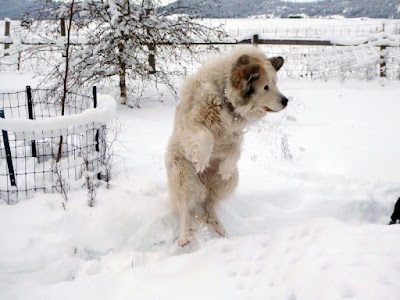 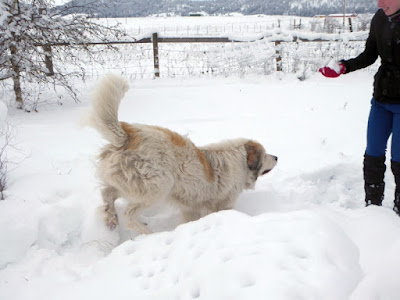 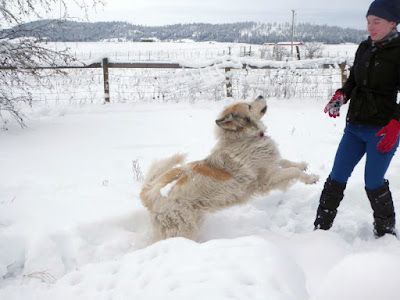 Walking in the woods. 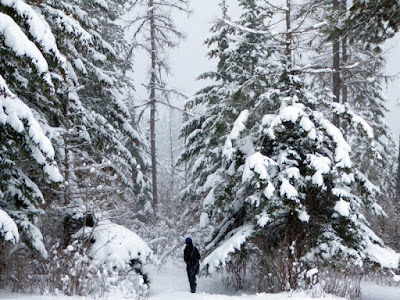 Christmas Day ended with just the tiniest hint of color. 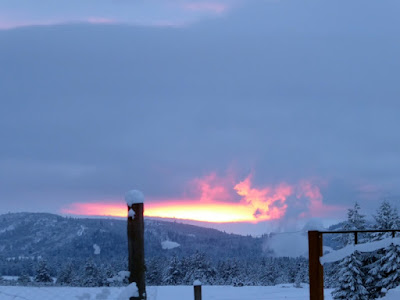 I hope everyone had a blessed and lovely Christmas!
Posted by Patrice Lewis at 5:57 PM