An experiment with pie crusts

It was my turn to bring dessert to our neighborhood potluck last Sunday. Since the hosts were expecting a full house (I think we had 16 people) I decided to make three types of pies: peach, apple, and blueberry. 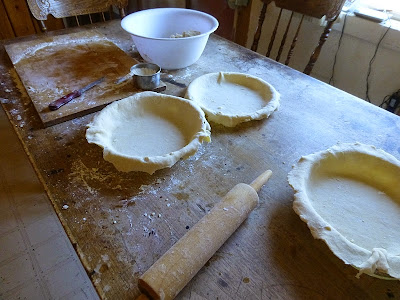 But this time I decided to try something different: I used lard for the piecrusts. Even though I've been making pies for something like thirty years, I never used lard because I grew up hearing how awful and terrible lard is (health-wise). Accordingly I always used margarine in my crusts, supposedly because hydrogenated vegetable fats are "healthier" than animal fats. 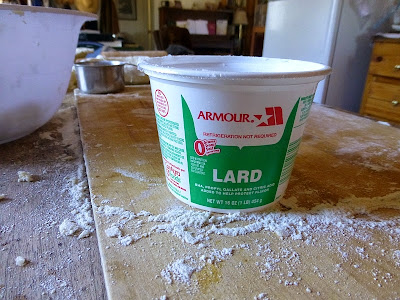 But the older I get, the more I'm realizing there's a lot to be said for "natural" fats (and let's face it, lard is natural). Besides, I've always heard how pie crusts made with lard are incomparable for flakiness. So I gave it a try. (Doubtless all you expert pie-makers out there are chuckling at my naïveté.)

I pulled all the home-canned goodies from the pantry (I actually ended up using four pints of blueberries, not two). 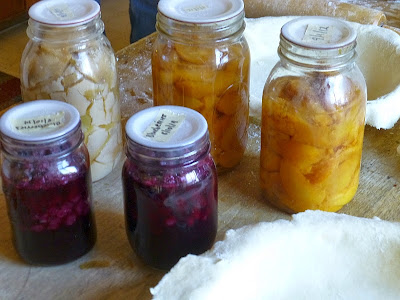 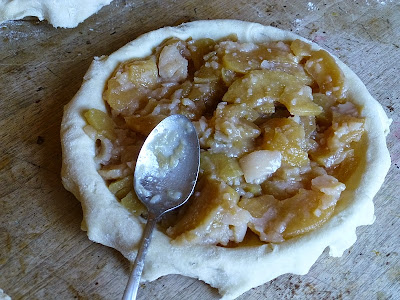 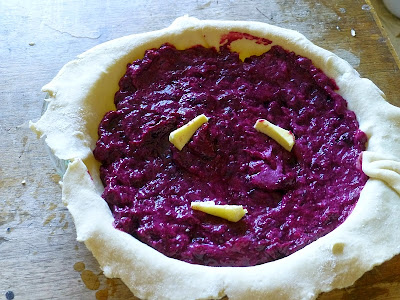 Peach (in the works). 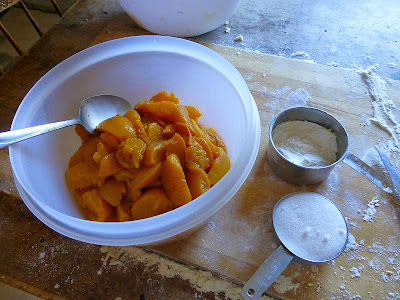 Rolling out the tops. Incidentally, it's worth noting the smell. I'm not used to the smell of lard and it was a little off-putting while making the crusts. I told Don I hope the smell wouldn't come through after they were baked. 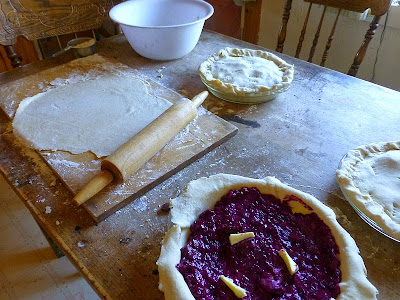 I always like to brush my tops with a bit of milk. 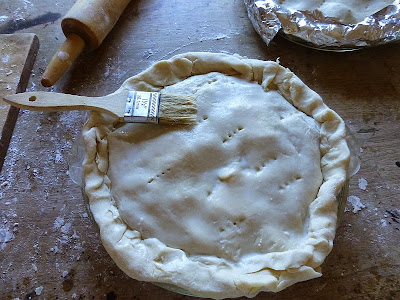 Baked and out of the oven. 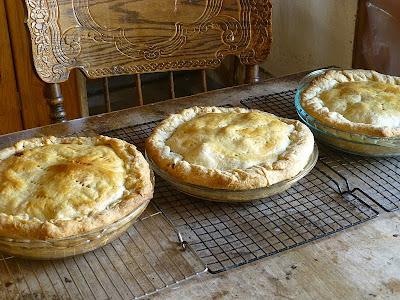 And how did they taste? Ooh la la, wonderful! The crust was beautifully flaky, just as promised. I'm a convert. I bought a larger tub of lard to use for upcoming Thanksgiving pies and now I wonder if I'll use anything else. All you expert pie-makers are right!
Posted by Patrice Lewis at 11:37 AM