I'd say someone has "issues"

Hmmm. I seem to have picked up a troll.

Back in 2012 I put up a post entitled How Long Will Home-Canned Food Last? which documented how I found some jars of home-canned food dating back to 1999. 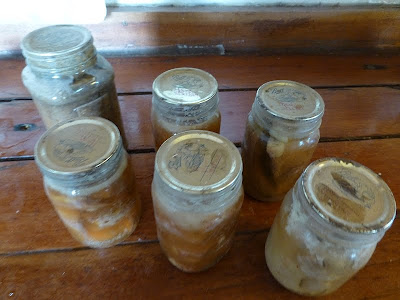 This post sparked a lively discussion on older canned food which was uniformly polite.

"Why didnt you eat it? So what if it was old ? Don't you know pressure canning kills all bacteria? It would've been safe to eat. You people are retarded."

Ooookay. Next time I find canned food dating back to 1999, I'll invite you over and YOU can eat it.

What an odd comment. I'd say someone has "issues."
Posted by Patrice Lewis at 1:34 PM