Up to this point, we've had a remarkably mild fall. A few dips down to freezing, a few days of blustery rain, but on the whole things have been quite moderate.

But all that is about to change. The temps are getting ready to plunge.

The reason behind this abrupt weather change is a nasty, nasty storm -- they're calling it a typhoon -- heading straight for Alaska's Aleutian Island, and subsequently pushing cold Canadian air south. This article describes the storm as "explosive." 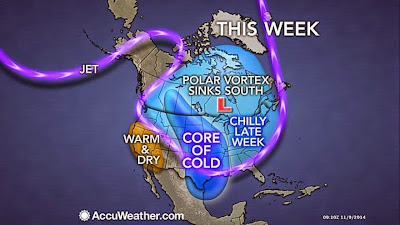 Don and I decided to do some late-season buttoning-up in the garden. 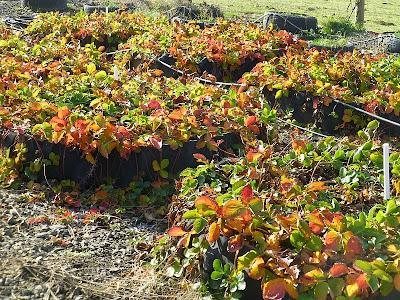 Don especially wanted to get all the drip irrigation hoses out of the tire beds. 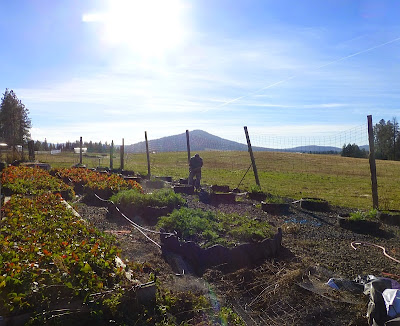 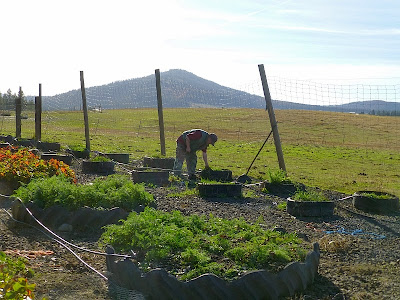 The larger hoses he blew out but left in place. The smaller hoses he removed, coiled, and blew out. 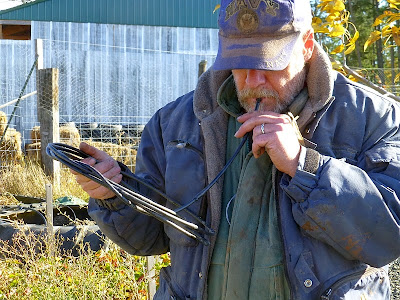 These small hoses are being stored in a garbage can for the winter. 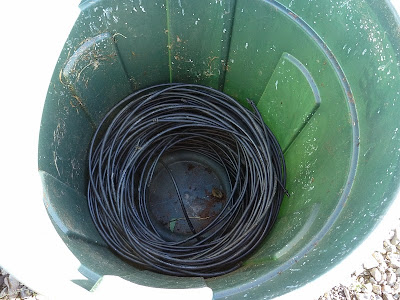 He removed the control units for the drip system. These will be stored indoors during the winter. 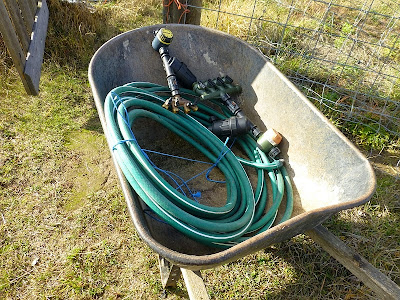 All the hoses needed to be drained and coiled. 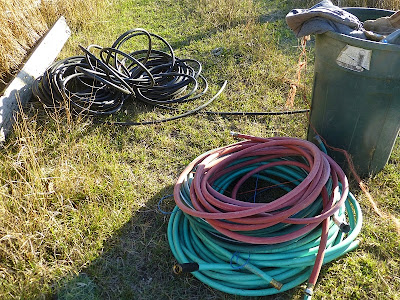 There were a few miscellaneous tarps hanging around. We folded these and put them away. 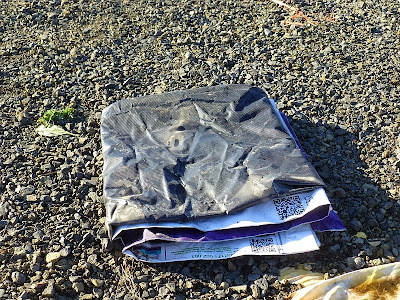 I raked up some weeds I'd been meaning to rake anyway. 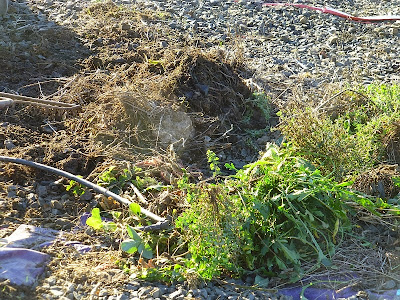 I picked the last of the hot peppers and bell peppers. I also found this enormous mushroom. 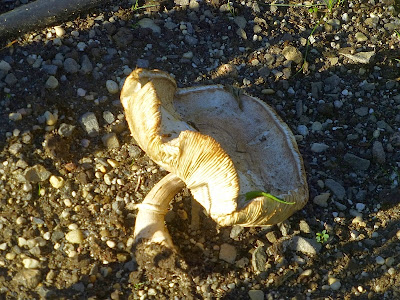 Anyone know their fungi who can tell me what type this is? 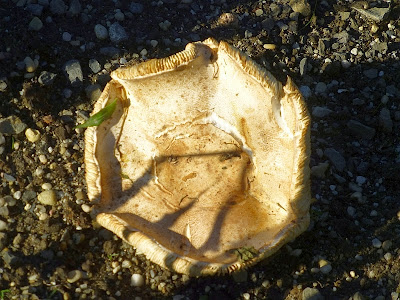 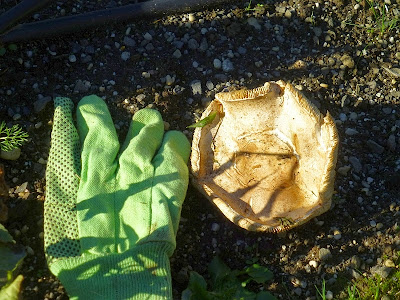 Older Daughter and our friend GG decided to take a last-of-the-season bike ride on the bike trail before the weather got cold. Don pumped up the bike tires for them... 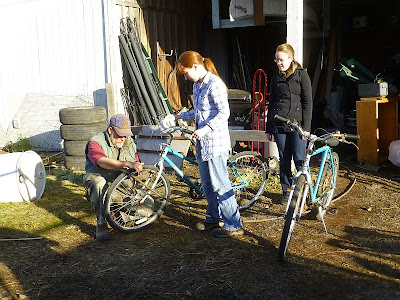 ...and I dropped them off at the trail head. 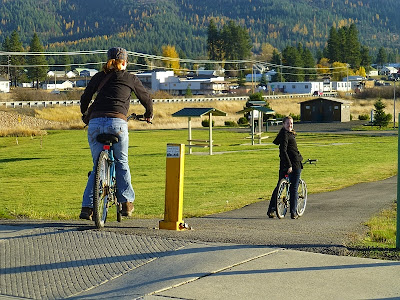 We'll spend the next couple of days splitting more wood and otherwise preparing for the cold snap that's moving in.

And to all the Alaskan readers of this blog: stay warm and safe!
Posted by Patrice Lewis at 6:35 AM