Younger Daughter loves bell peppers. She doesn't like the green ones; her favorites are the reds. Last spring we brought home a store-bought bell pepper, and rather on a lark I planted ten seeds.

I have something of a black thumb, so I was delighted when these seeds grew vigorously. I transplanted them into a tire in the garden, and they grew and produced peppers like crazy. 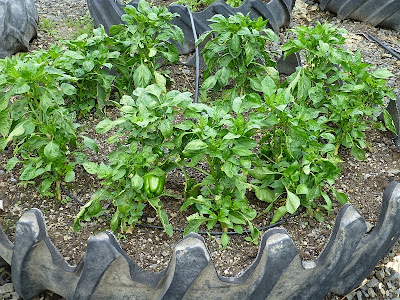 They start out green, and flush red when ripe. 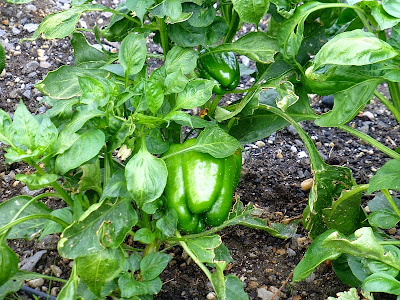 Younger Daughter picked peppers through the fall as she wanted them. Unfortunately the frost caught up with them when a lot of peppers were either still green, or half green/half red (Younger Daughter tried a pepper when it was green and said it was bitter). 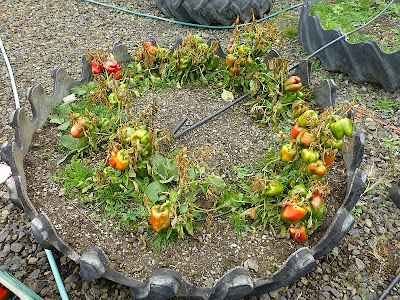 But I collected the rest of the ripe peppers and brought them into the house. 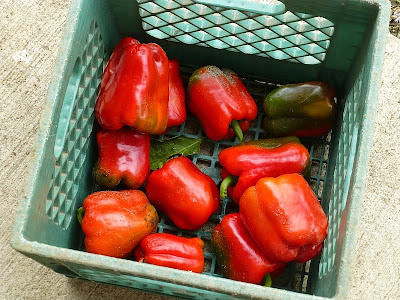 Because there were far too many for Younger Daughter to eat at once (she's the only one who likes bell peppers), I decided to dehydrate them.

I sliced them into strips... 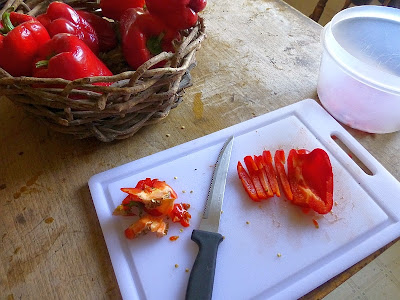 ...and then diced them. The result was a pretty mound of peppers. 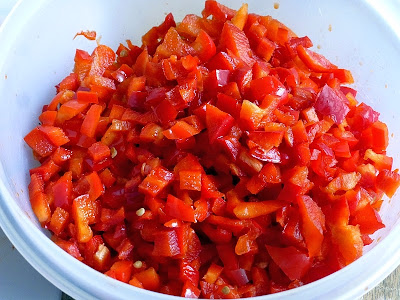 Then I spread them on the trays of the dehydrator... 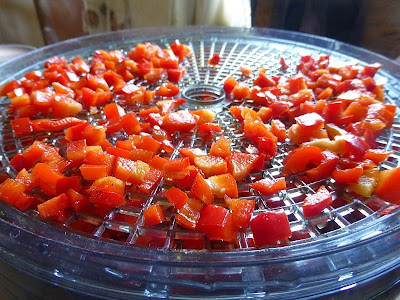 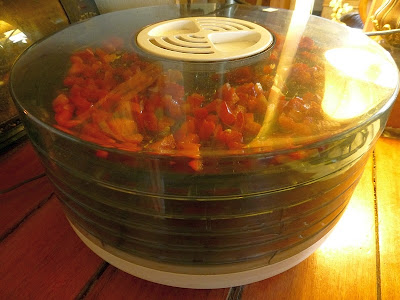 I also pulled off a bunch of seeds for next year's planting. 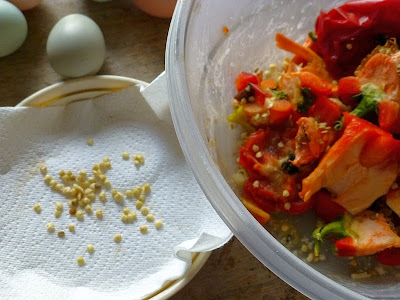 After about twelve hours, this is what the peppers looked like. Lots of water was removed! 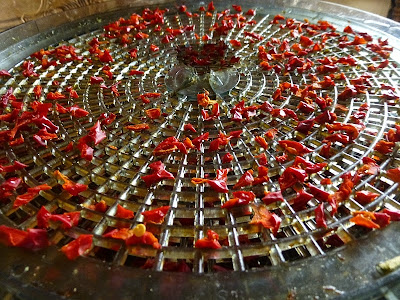 All those peppers, reduced down to one pint jar. 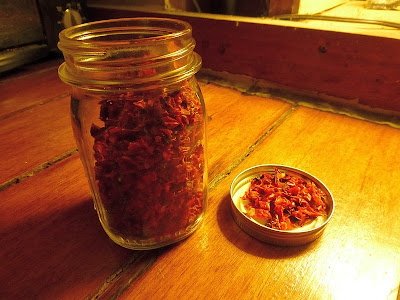 The flavor is very intense and concentrated, excellent for soups or stews. Younger Daughter likes to add bell peppers to her own personal stir fry, so she may rehydrate a few for that purpose. 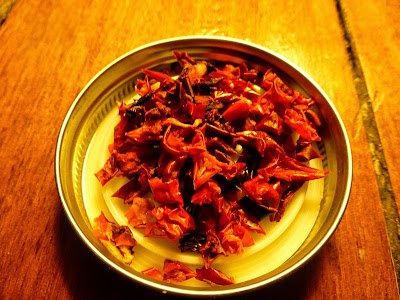 Even though I'm not crazy about the taste of bell peppers, it's been fun to grow them.
Posted by Patrice Lewis at 5:58 AM