Preceding the very cold weather we've been having lately, the girls (Younger Daughter and our friend GG) went out and harvested the pumpkins before they froze. 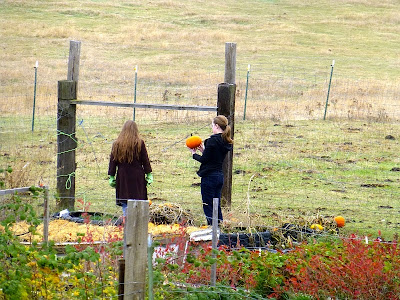 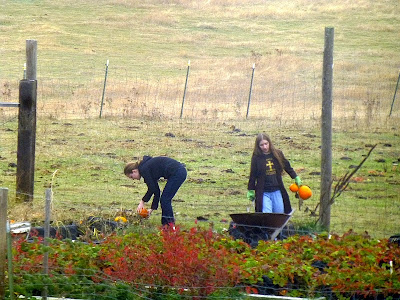 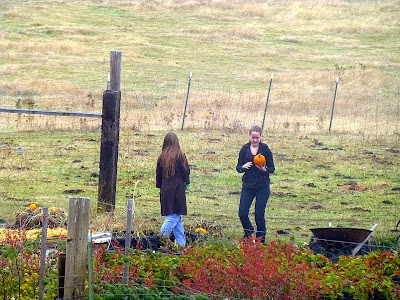 They came back with a modest wheelbarrow full, not bad for two small tires in the garden. 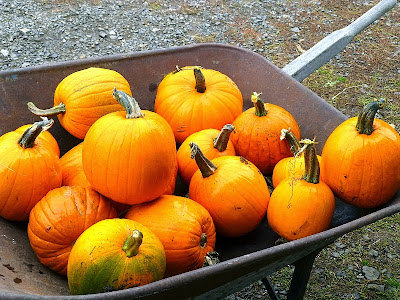 And then, just for fun, they decided to carve some jack-o-lanterns. 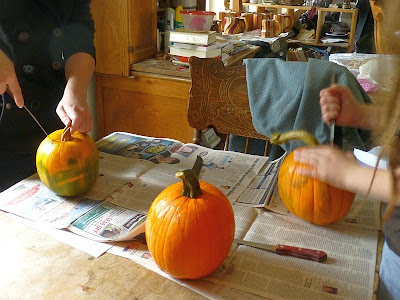 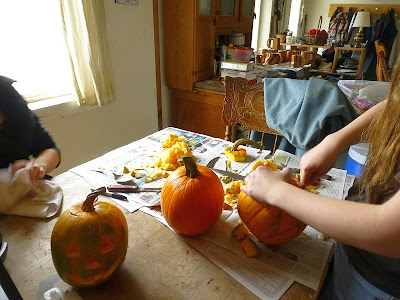 They warmed up with a couple conventional designs... 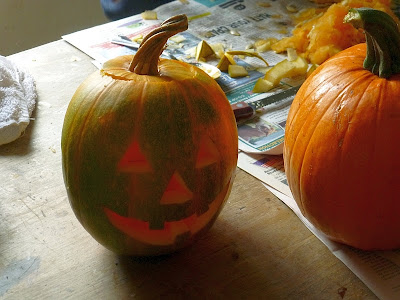 ...and quickly departed into the world of the über-nerdy. Yes, they literally googled "nerdy pumpkin carvings" or something like that. There was quite a variety of designs to choose from! 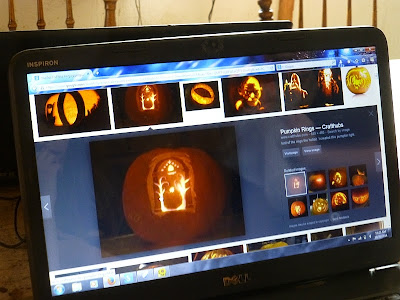 Here's the beginning of a Pumpkin Pi. 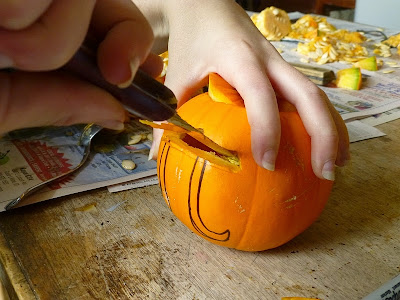 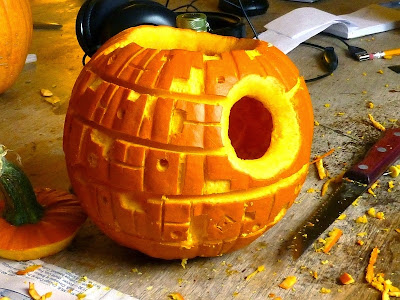 Some of the aftermath... 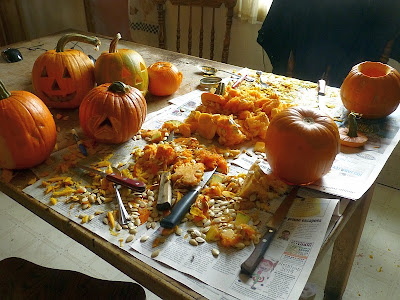 ...for which the chickens were grateful. 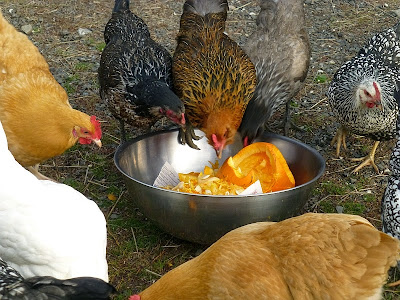 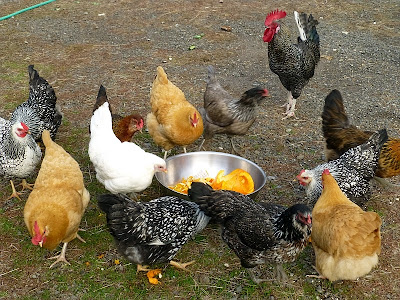 Then we rounded up some candles. Since they were new, I lit them for a few minutes to prep the wick, before blowing them out and slipping them inside the pumpkins. 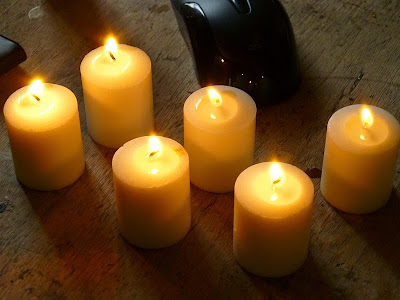 Then we waited until nightfall. Here GG is lighting the candles with the aid of a burning spaghetti noodle (in place of one of those long matches). 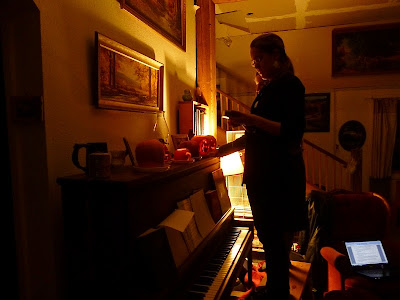 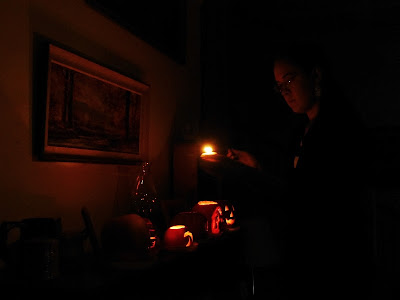 The final lineup of Nerdy Pumpkins on Parade. 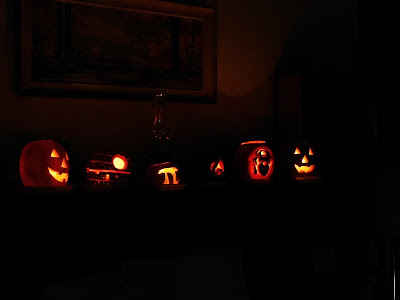 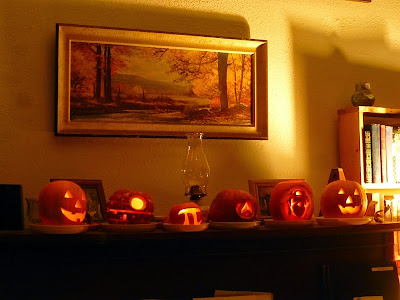 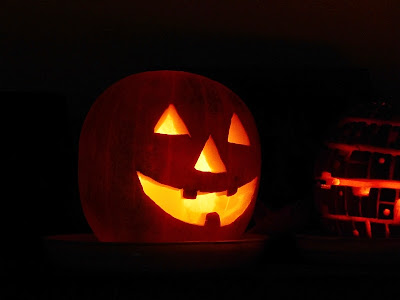 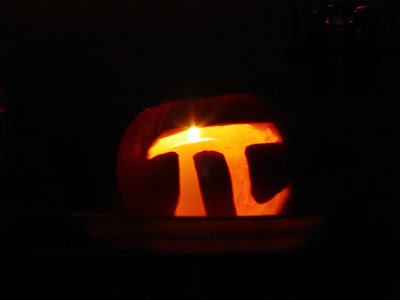 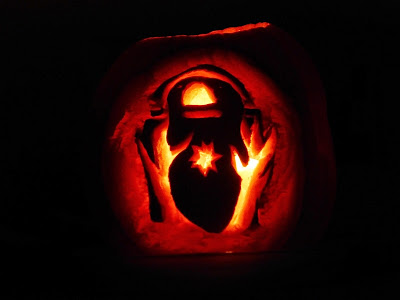 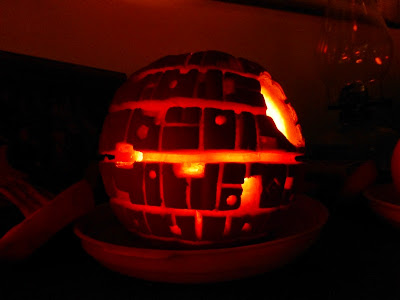 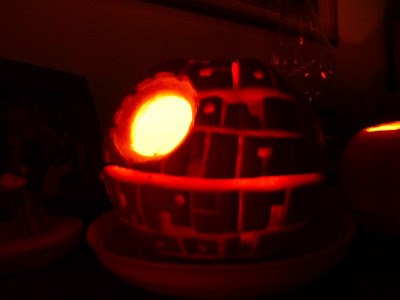 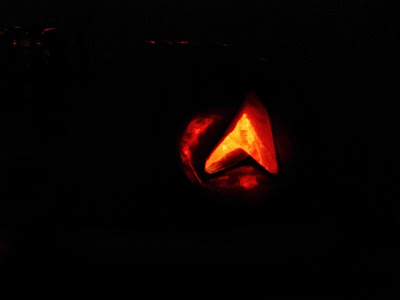 This is what happens when you live in a houseful of nerds. 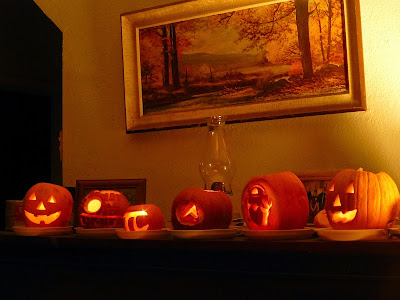 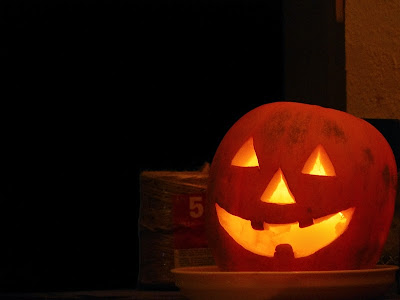 Posted by Patrice Lewis at 5:47 AM

Email ThisBlogThis!Share to TwitterShare to FacebookShare to Pinterest
Labels: pumpkins