The times, they are a-changin'

It first hit home when Older Daughter was about six years old.

We had an errand to a stationary store (this was back when we lived in Oregon) run by an older gentleman. The front of the store, including the windows facing the street, was a sort of museum to office supplies over the last few decades – oak filing cabinets, vintage paper embossers, century-old typewriters, wooden desk sets, that kind of thing. We were passing through this room when Older Daughter pointed at something and asked, “What’s that?”

“That” was an IBM Selectric II typewriter, the classic workhorse of electric typewriters, the kind of typewriter every secretary in America once had (myself included) because it worked so beautifully. 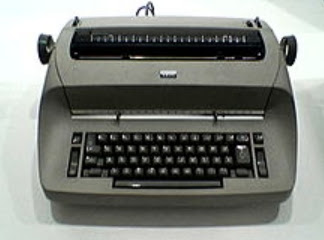 And I suddenly realized Older Daughter, at the tender age of six, had never seen a typewriter.

In other words, the world was changing.

A couple of weeks ago Don and I had a conversation along those lines. Five hundred years ago, things were passed from father to son to grandson – or mother to daughter to granddaughter – and the items were still as useful and functional as they were upon first ownership. Tools didn’t change that fast. Techniques didn’t change that fast. An improvement in a tool or technique might come at a pace of a few during a lifetime.

Now they come at a pace of a few per week. I realize this sounds like the classic generation gap lament of someone for whom the world is passing by too quickly, but unquestionably the world of tools and technology and techniques is vastly different for today’s youth than when I was younger. And the change is happening so fast that young people profess to be bored within moments. “[C]onsumers admit to already being impatient for the next big thing. The honeymoon period for a new gadget is four months, with users confessing that boredom sets in beyond that," notes an article on "smart homes." "[A] quarter of consumers claimed they were bored within just four weeks, eager to upgrade as their friends and colleagues got newer phones.” 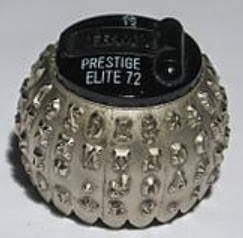 The irony of typing this rant on a laptop while posting it to a blog doesn’t escape me. But I learned to type back in 1976 on a manual typewriter, where I excelled in my class by quickly achieving a dazzling 35 words per minute. When I discovered an electric typewriter, where keys did not have to be punched so hard and the manual keys wouldn’t clump up as they struck the page (remember that?), then my speed soared to 110 words per minute. My girls have never used a manual typewriter (except once or twice in a hands-on museum) and, except for that one time in the stationary store, have never seen an electric typewriter.

Nor can they conceive of life before the internet. Literally, it’s unfathomable for them. And once a neighbor boy, when he was about twelve, asked Younger Daughter, “What’s film?” when she mentioned a camera. What kind of technology is in store just within the next ten years? And – here’s the big question – will this technology make life better?

That's the most disturbing and puzzling question. These days, young people are frighteningly savvy about electronics. But are they smarter? Wiser? Better read? More observant? More intelligent? Kinder? Can they "do" for themselves, or do they need an "app" for everything?

There’s no question modern marvels are just that, marvelous. I love my laptop. I adore my digital pocket camera. I’m just as enamored of the internet as the next person.

Yet I wanted to raise our children learning old-fashioned values. The love of God, the love of spouse, the ethics of hard work, the value of honesty… these are things that transcend technology and are timeless. In a modern world, we desperately need those antiquated truths.

We also wanted to limit their exposure to the “new” before they’d had a chance to experience the “old.” We never got television reception because we wanted the kids to develop an imagination. We never got smart phones because we didn’t think they were necessary for everyday living, and we didn’t want a couple of zombie kids staring at a tiny screen while they walked into walls and off cliffs. (Don and I each have a basic cell phone, which is only turned on if we’re traveling.) A couple of years ago, the girls earned enough money to purchase their own laptops and now enjoy the wonders of the internet, but at least we were able to stave off the slavish devotion to computer screens through their childhood when brain development is so crucial. And we have instilled in both girls a passionate love of books. (Not ebooks – books.) 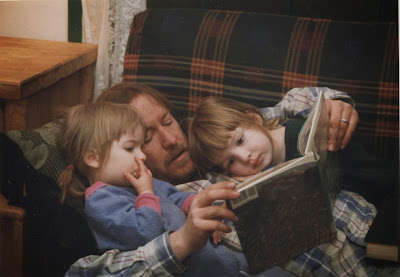 And whether they claim to like it or not, our girls at least know where their food comes from. They’ve watched cows give birth and steers get butchered. They’ve watered the garden and gathered berries and dug potatoes. They’d raised chicks and collected eggs. They know how to heat with wood and cook from scratch. 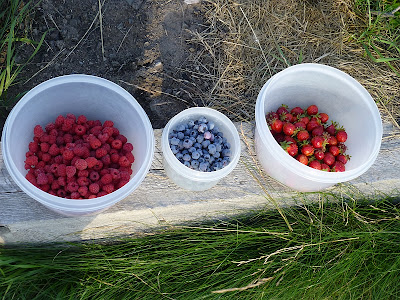 The world may develop shinier new stuff, but it can never take away the wonders of baby calves or the elemental necessity of processing meat on the hoof. There isn’t an “app” for that, thank God.

In many respects, I miss the old days. I wonder if the girls will too, someday. 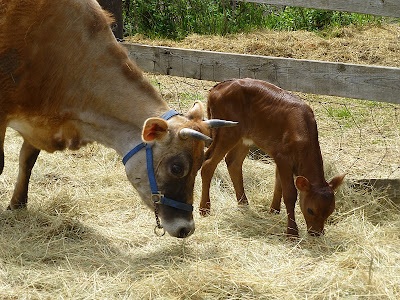 Posted by Patrice Lewis at 1:56 PM