One morning last week, I went out to feed the animals in the bull pen. As I stepped outside, I heard the bull bellowing in what sounded like alarm. And from the field where the rest of the herd was pastured, I heard the sound of thundering hooves and bellows from multiple animals.

Stuff like this always leads to a clutch of fear for any farmer, because the first thought is what kind of predator might be wreaking havoc. I dashed over to the garden fence and saw the entire herd -- including such tranquil beasts as Matilda -- galloping madly across the field. 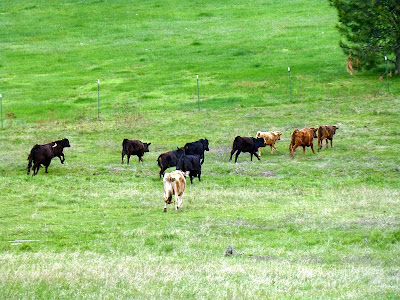 But nothing was chasing them. They were playing! The whole herd was playing tag with a magpie! 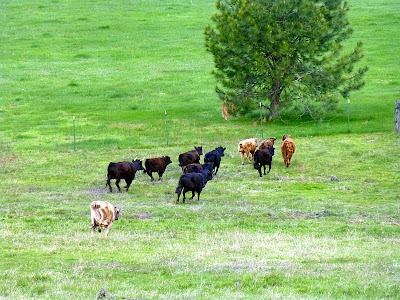 (It's because of moments like this, incidentally, that I try never to step foot outside without my camera in my pocket. You never know what will happen.)

The herd galloped after the magpie up to the corner of the pasture and stopped to pant. 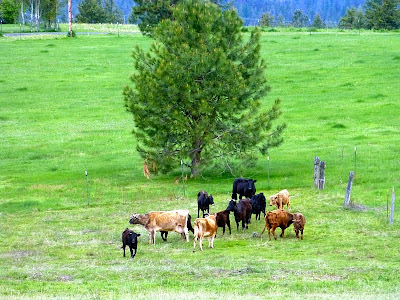 Then the magpie swooped low and landed on the grass a distance away, and they were off again, chasing it. 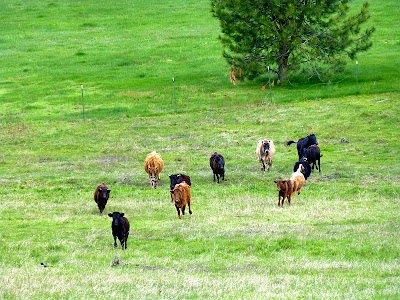 (The magpie is in the bottom left corner of the photo.) 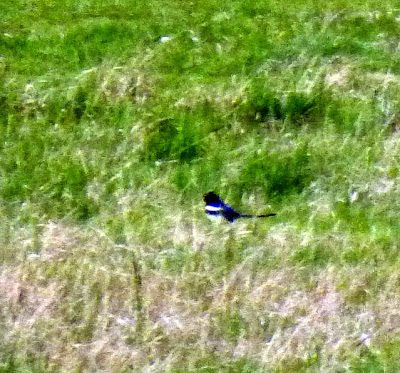 When the cattle got close, the magpie would soar away and land somewhere else, and the critters would change direction and chase after it. (Magpie in lower left corner.) 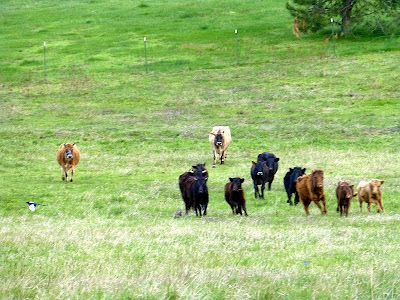 Here the magpie landed on the grass (center left) and the herd paused, panting, to watch it. 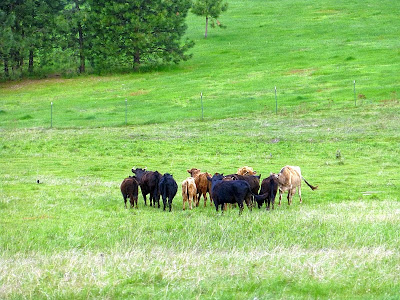 Then, using whatever silent decision-making process livestock use, they decided en masse that they were done playing, and came up to get a drink of water and assure the bull they weren't hurt. 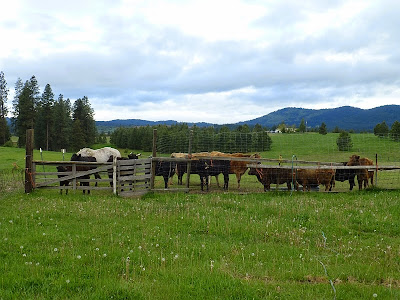 Nothing more than sheer high spirits... apparently shared by the magpie.
Posted by Patrice Lewis at 6:57 AM