Ever since a drone flew overhead last summer on a rare occasion when I didn't have my camera in my pocket, I've been kicking myself for the lost opportunity to photograph this sky-borne menace. Because of that incident, now it's not unusual for me to snap shots of aircraft that aren't immediately identifiable... y'know, just in case.

So this morning Don and I were working in the garden when a loud droning sounded. I found and snapped a photo of the aircraft, not thinking much about it at the time. 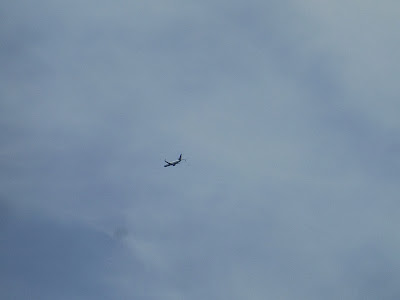 But when I saw the photo and cropped it, I was startled by the unusual profile, with uptilted wingtips. 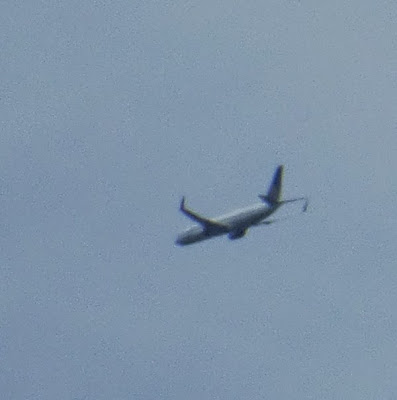 It was fairly distant so I can't attest to the size, though my impression was that it wasn't a jet (despite its looks). We heard a "motor" sound of a small plane, not the whine of a jet, so your guess is as good as mine.

Any aircraft aficionados out there who can identify this baby?
Posted by Patrice Lewis at 6:38 PM

Email ThisBlogThis!Share to TwitterShare to FacebookShare to Pinterest
Labels: drones