Younger Daughter achieved a milestone yesterday -- it was her 16th birthday!

Poor kid -- we really didn't do much to celebrate. The reason is, we did some mighty special things in the time leading up to her 16th.

The biggest thing in her universe happened on Monday when she got her braces off. Her teeth have been fenced in for 18 months and she was desperately hoping to get them off prior to turning 16... which happened by two days. I promised her I wouldn't post pictures of her beautiful new smile, but suffice it to say her smile is now gorgeous.

This ferocious-looking plaster cast is being held by one of the technicians in the orthodontist's office, showing how badly aligned her teeth were a year and a half ago. 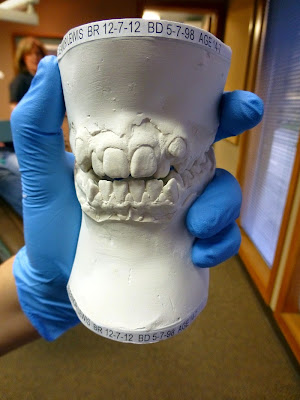 One of the things Younger Daughter has been craving for the past year is the ability to bite into a crisp juicy apple. Apparently her craving is not unusual, because the orthodontist's office gives out, as a standard gift when de-bracing, an apple dipped in caramel and then chocolate. I thought this practice of handing out gift apples was both sweet and classy. 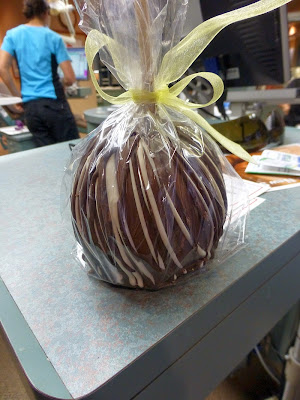 While Younger Daughter was undergoing the de-bracing, I drove around town doing errands. I snapped this pic of some black clouds of rain moving in. 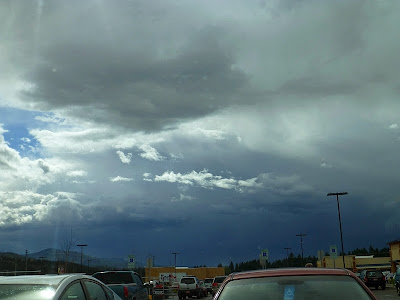 Sure enough, it poured. However on the drive home, the clouds moved on and the result was a magnificent rainbow. 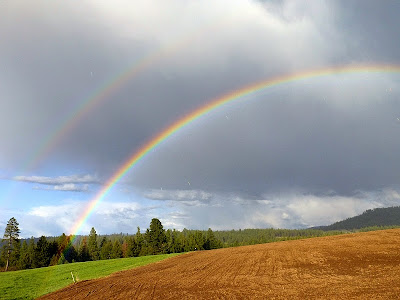 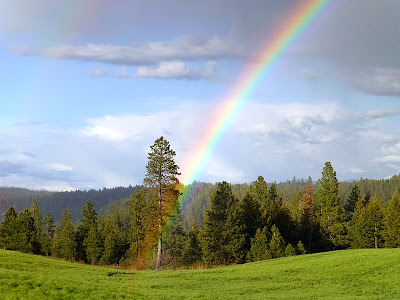 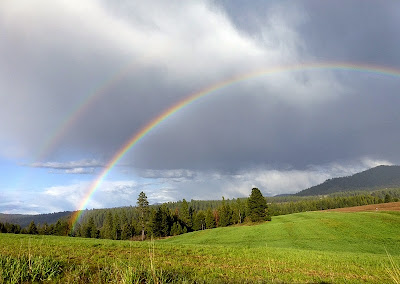 We joked that God was showing approval of Younger Daughter's new smile. 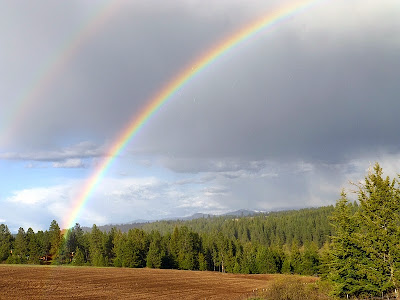 Happy birthday!
Posted by Patrice Lewis at 7:31 AM