Yesterday I did something I've been wanting to do for a looong time: I walked to the mailboxes.

This is a three-mile round trip and is delightful, but we've had such a busy summer and early fall that I haven't had a chance to indulge myself in months. 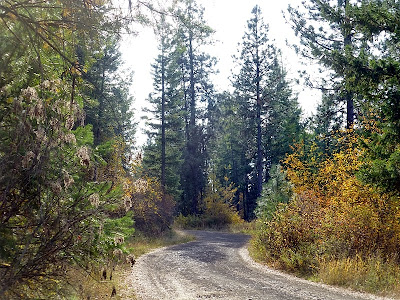 We don't get spectacular fall color around here, but the subtle shades are pretty. 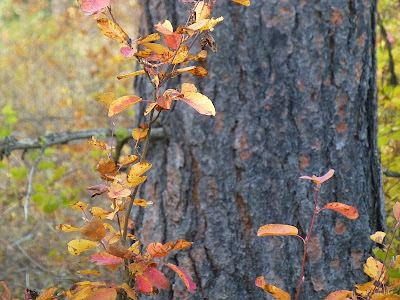 I saw this little guy in the middle of the road. And I mean little -- no bigger than about six inches. 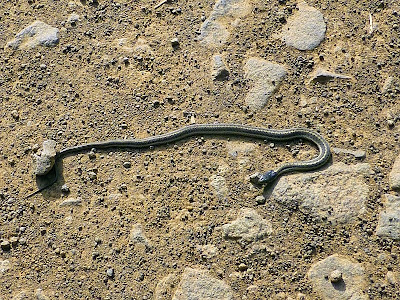 Okay all you herpetologist types, what kind? Gopher? 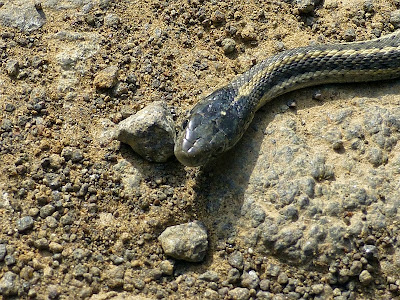 I put my finger nearby to offer scale on his size. 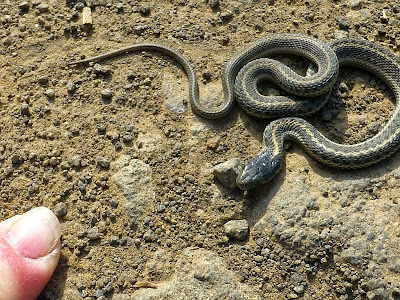 After taking these pix, I scootched him off the road so he wouldn't get squished by a passing car. 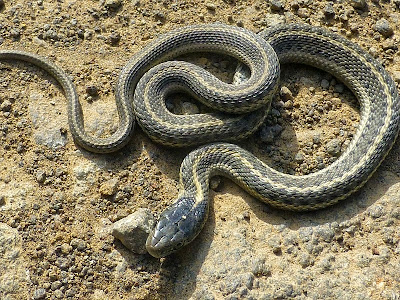 I couldn't help but notice these enormous rose hips. 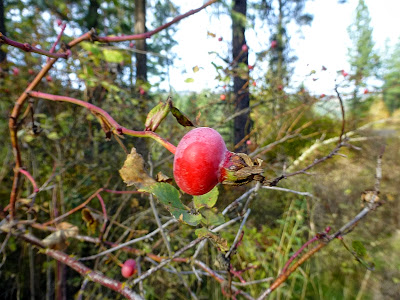 I've seldom seen such big fruits -- some of them were an inch across. 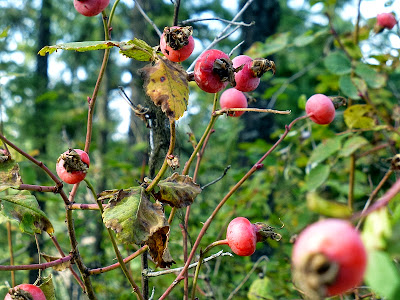 Some people say this predicts a harsh winter. I usually don't put much faith in such predictions, because it seems every winter is predicted to be harsh by whatever folk signs you prefer to watch. 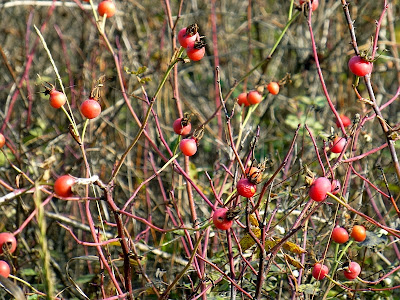 Nonetheless I'm forced to admit I've never seen such big rose hips. These are a phenomenal source of Vitamin C, by the way, and make a splendid tea. 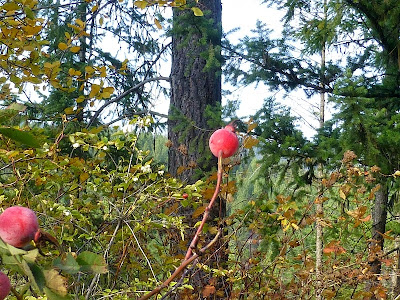 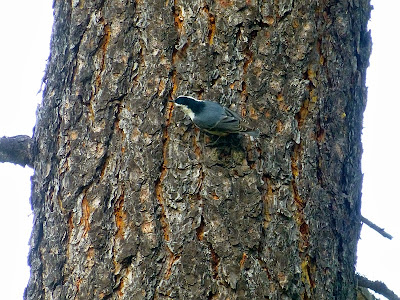 Snowberries. These weren't especially large (I've seen larger) but they were very numerous. 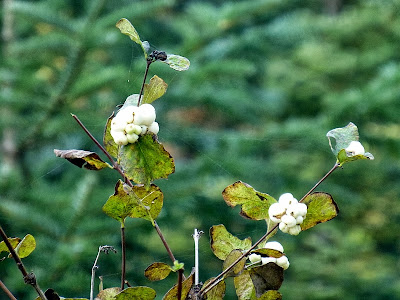 Snowberries are mildly poisonous to humans but lots of critters can eat them. 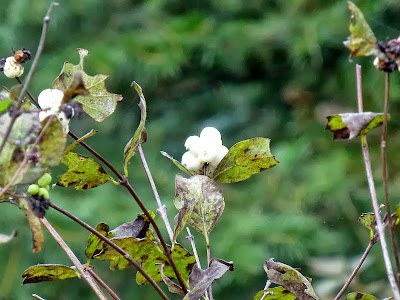 Probably the closest thing to a palm tree we'll see in these parts. 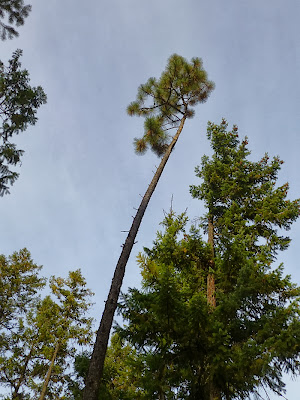 Western bluebird. He was quite a distance away and the camera is at maximum zoom (plus the photos are cropped), so not the clearest shots. 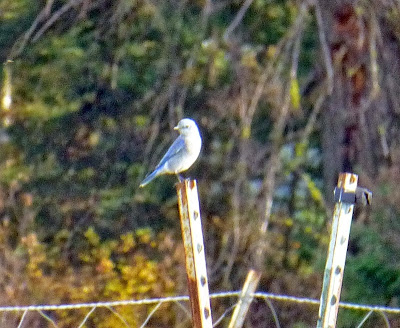 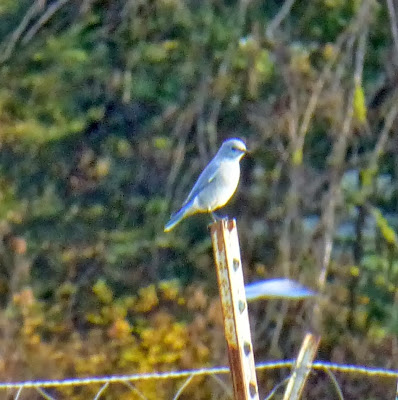 These photos don't do justice to how blue and pretty these birds are. 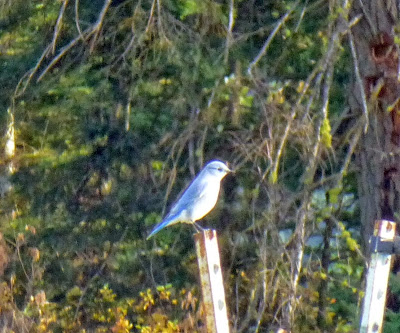 As I came back to the house, I couldn't stop thinking about those rose hips, as well as the horrible storm in South Dakota. In other words, I couldn't help but think about winter. When you live in a northern climate, preparing for winter (pretty much year round) is a necessity. I'll feel better once we have our firewood in, the rest of our hay in, and everything battened down.

Before the snow flies, we also try to give everything a good cleanup and tidy-up. We drain and coil hoses, we pick up scattered tools and implements, we try to make sure nothing is left on the ground that could get buried under snow for six months. And above all, we stock up on feed for the chickens, dogs, and barn cat.

Lots to do in the next month. I guess I'd best stop wasting time on pleasant walks and get some essential work done.
Posted by Patrice Lewis at 6:35 AM