With the advent of autumn, we're seeing a lot of last-ditch activities by a lot of insects and arachnids. It's like they know their days are limited and their time is short. Yellow-jackets are everywhere, clustering frantically on the last of the cantaloup in the garden. 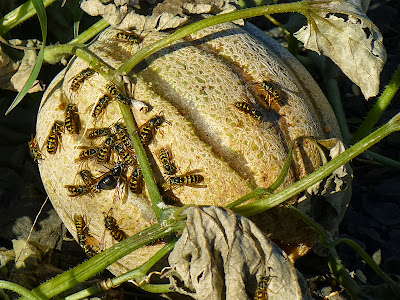 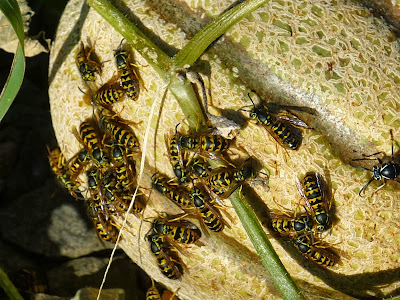 I found the dogs staring intently at this orb weaver clinging to a window frame on our front porch. Doubtless it's the same lady who graced our front porch all summer. Why she would leave her web and venture onto the more exposed portions of the house, I have no idea. 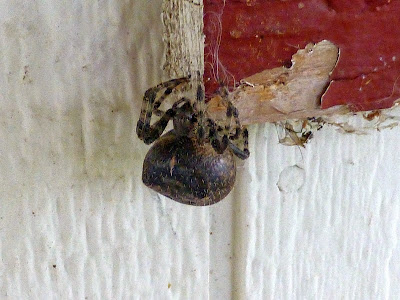 She was sluggish, displaying nothing of the deadly and nimble action shown on her web during warmer days. It did, however, allow me the opportunity for some close-up shots. 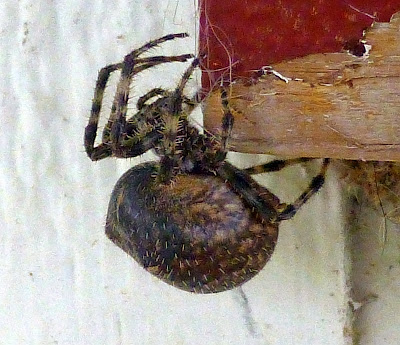 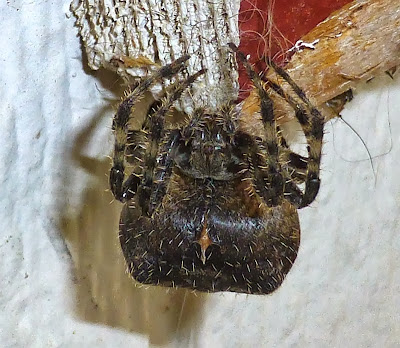 Then there's these unnamed critters. We only see them in the fall, and some years we see more than others. We've seen more this year than we have for the past ten years -- the first year we lived in Idaho, we were positively infested with them. I have no idea what they're called and would welcome anyone's positive identification. 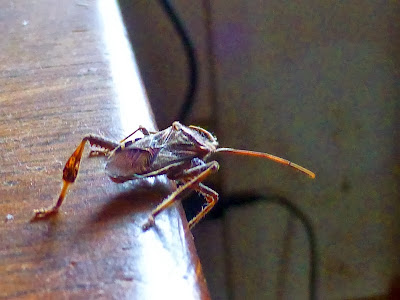 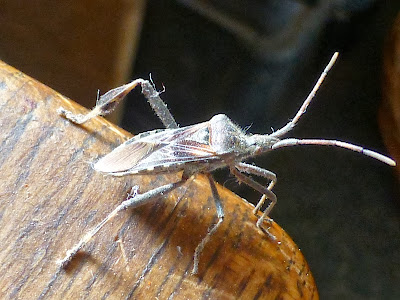 But while they look and sound unnervingly like yellow-jackets on their surprisingly nimble flights, on the ground they're slow and bumbling and harmless. 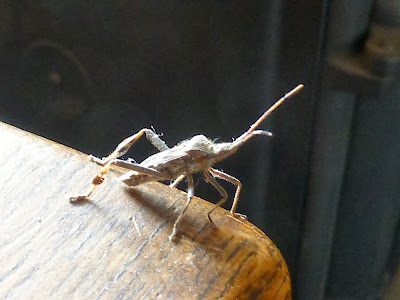 We tend to call them "prehistoric beetles" (since we have to call them something) and are rather fond of them. If we find them in the house, and we always do, we scoop them up and toss them outside. 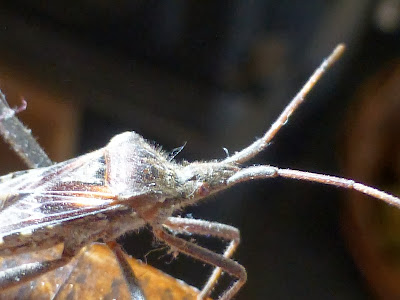 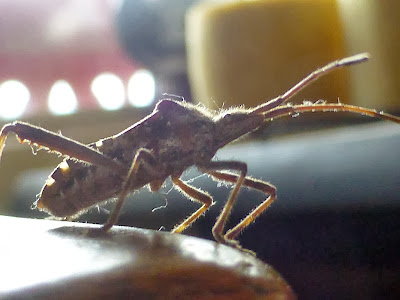 Prehistoric beetles are a sure sign winter is on its way. The busy season for our woodcraft business is drawing to its close which will give us the opportunity to embark on some of the projects we need to do before the snow flies. But for insects and spiders, unless they have a way of overwintering underground, their days are numbered.
Posted by Patrice Lewis at 11:06 AM