I bought a couple of bags of black-eyed peas last week. 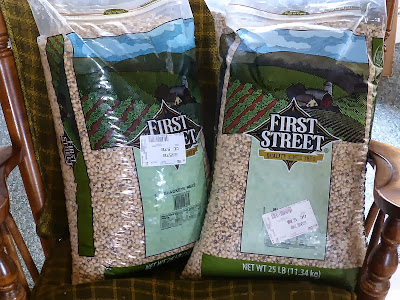 Black-eyed peas are a very tasty bean, one we all enjoy. But they're a warm-weather crop and we can't grow them here in north Idaho. Therefore I like to keep some on hand.

To explain, let me digress slightly and discuss one of my favorite novels, The Far Pavillions by M.M. Kaye, which takes place in 19th century India. The story opens shortly before the Indian Rebellion (sometimes called the Sepoy Mutiny) of 1857. Concerning that event, consider a couple of passages:

"Akbar Khan had many friends in Delhi, and normally he would have wished to linger there. But this year he was aware of odd and uneasy undercurrents, and the conversation of his friends disturbed him. The city was full of strange rumors and there was tension and an ominous sense of suppressed excitement in the narrow, noisy streets and crowded bazaars. It gave him a sharp feeling of apprehension and an awareness of impending evil."

The main character of the book, Ashton, is four years old at the time of the Mutiny. Both he and his Hindu foster-mother Sita are caught up in the brutal events that took place during the Rebellion and are forced to flee, hiding in jungles and trudging through remote villages in search of a safe haven. The author describes their situation as follows: "But many who must reap the whirlwind [the aftermath of the Mutiny] were as blameless and bewildered as Sita and Ash-Baba, blown helplessly before the gale like two small and insignificant sparrows on a wild day of storm." 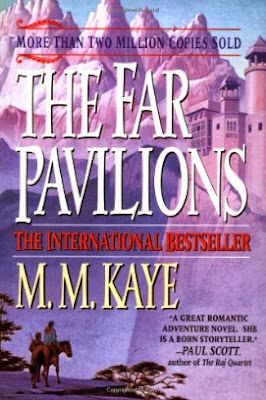 These two passages strike me strongly every time I read them. In the first passage, Akbar Khan is wise enough to note the ominous rumble beneath his feet, and he and his party respond by leaving Delhi and heading for the high Himalayan passes. ["A Prudent man sees danger and takes refuge, but the simple keep going and suffer for it." -- Proverbs 22:3]

In the second passage, it illustrates how bad things can happen to good people. Sita and Ash are two small and insignificant sparrows, unprepared for the violence that kills thousands of people over many months. Sita and Ash did nothing to deserve the life-changing events they had to live through as a result of the actions of others.

I can't help but draw parallels to today.

Are you feeling "odd and uneasy undercurrents" swirling around? I know I am. I don't know what the future holds in America, but it concerns me. I have a sense of urgency to put our ducks in order -- finalize the garden, make some improvements in our farm infrastructure, and in general try to make the homestead more self-sufficient. 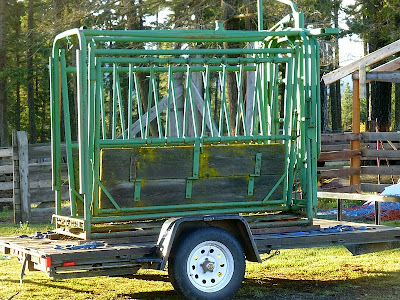 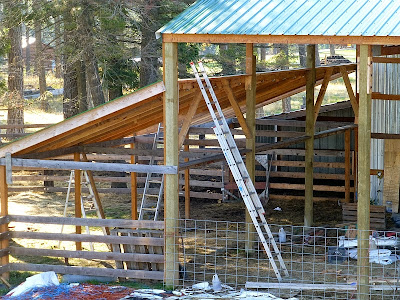 It's not just me. I've heard others who also sense that something is coming. Nobody knows what, but a lot of people just have a general sense of... dread? concern? uncertainty? Call it what you will.

A couple weeks ago a comment on a news article caught my eye. It read: "Folks, whether you are getting government program assistance or not, PLANT GARDENS....plant everything and anything you can....in jars, in pots, in your basement, in your garage...in your house, on top of the house....in garden houses, in cold frames....wherever, however....starting planting now.....and learn to can food. The sky will fall when people on government programs cannot get food to eat. We must make sure that we all eat and have shelter. No matter what you think is normal routine life....do not ignore the necessity to provide for the future. Doesn't matter how much money you have...the money may not be available. Don't rely on food stores as the prices are skyrocketing. Need Plans B and C for survival."

A little incoherent, perhaps; but you can certainly sense this person's urgency.

Last week on Zero Hedge, there was a startling article called They're Coming for Your Savings. To quote: "Will more countries introduce capital controls or asset confiscations in the next few years? Duh, of course. Debt levels are unmanageable, so they have to be lowered. And there are only three ways to do it: deflationary collapse that wipes out the debt through default, inflation that wipes out the debt by destroying the world’s major currencies, or stealing enough private sector wealth to reset the clock. Option one – depression – is political poison so will be avoided at all costs. Option two is being tried and is failing because the deflationary effect of trillions of dollars of bad debt more or less equals the inflationary impact of trillions of dollars of new currency.

That just leaves door number three, demonize the successful and take what they’ve accumulated. Recall from the historical list that opened this post that governments like to pick on members of society who 1) have lots of money and 2) have lots of enemies or can easily be framed for crimes. This time around it will be “the rich” who are living well at the expense of the rest of us. The trick will be to define 'rich' down far enough to make possible the confiscation of middle-class IRAs and 401(K)s, since that’s where the real money is."

Yes, odd and uneasy undercurrents. A couple extra sacks of beans -- rather than a savings account -- sounds like a pretty good idea right now.
Posted by Patrice Lewis at 9:26 PM