It's my turn to bring dessert this week to our neighborhood potluck. Hmmmmm. What to bring?

Younger Daughter suggested Napoleans. Aha! Excellent idea! I haven't made them in awhile, and they're quick and easy.

About a year ago, I found a Martha Stewart cookbook (enormously thick) at a thrift store for $5. Thinking that was a bargain price for all sorts of fancy-dancy recipes, I bought it. When it was my turn to bring dessert to the potluck that week, I leafed through the dessert section of the cookbook and came across Napoleans. Great idea!

...Until I started reading how to make them the Martha Stewart Way. While my memory may be faulty, as I recall the instructions started out saying something like, "Pay $800 for a plane ticket and fly to the Caribbean to collect sea water. Evaporate sea water to make sea salt. Purchase a Jersey cow, milk said cow, cultivate the milk for sour cream..." Etc. etc.

I'm sure the instructions weren't quite that complicated, but they sure as heck weren't simple. Let's just say I gave up making Napoleans the Martha Stewart Way before even trying. I don't have time to spend three days making a dessert.

So I fell back on the standard recipe I've used for a long time, a recipe I found in a box of puff pastry. So without further ado, here's the Easy Way to make Napoleans. 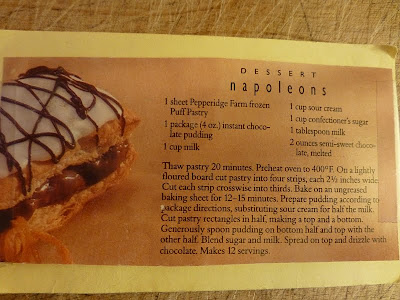 Pre-heat the oven to 400F, then take out some puff pastry. (I show two boxes, but I ended up using only one.) Puff pastry should be frozen until needed, but it should be thawed before use. 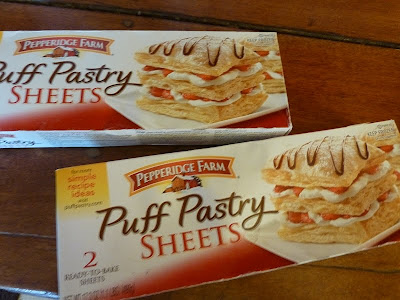 Each box has two sheets, folded in thirds. 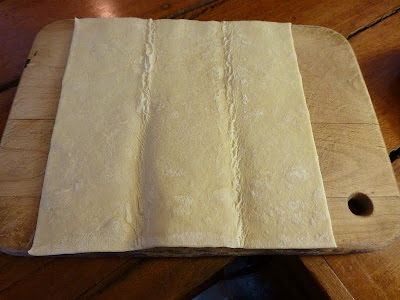 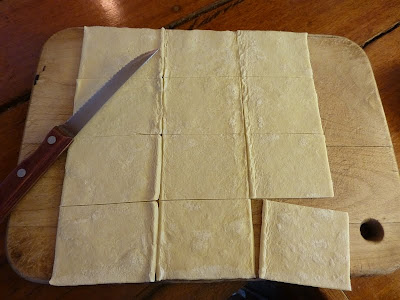 Arrange on a cookie sheet, then bake for about 12 to 15 minutes. 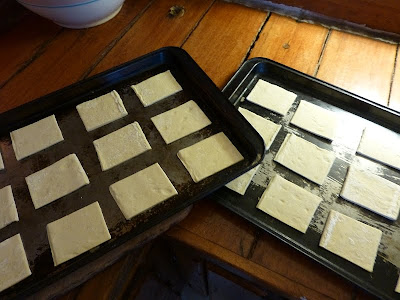 While the pastry is baking, time to make the filling. This merely consists of instant pudding, with half the milk replaced with sour cream. The recipe calls for chocolate pudding, but we're not huge chocolate fans, so I used vanilla. Any flavor can be used. 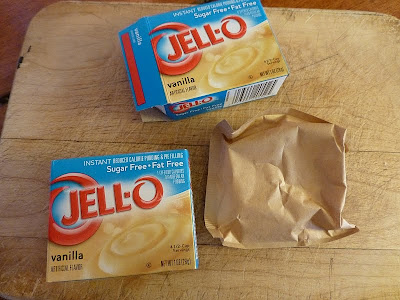 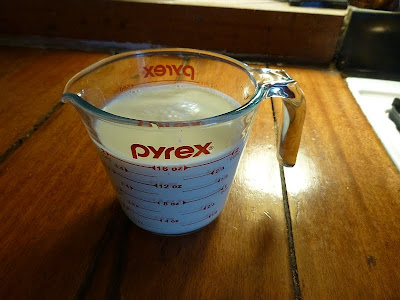 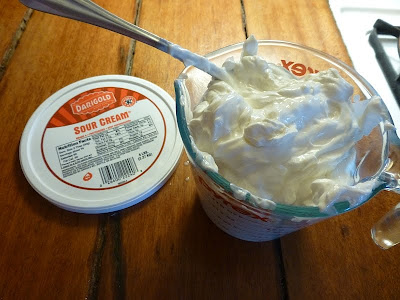 ...and mix it all together with the pudding mix. 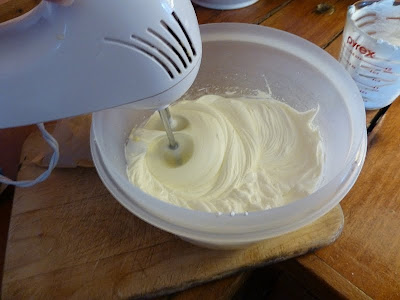 The recipe also calls for a little bit of powdered sugar glaze. 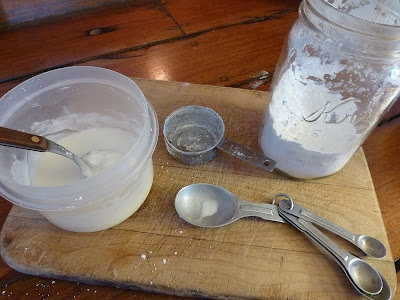 The baked pastry. As I said, these came out more bite-sized than I would have wanted. Next time I'll double the size. 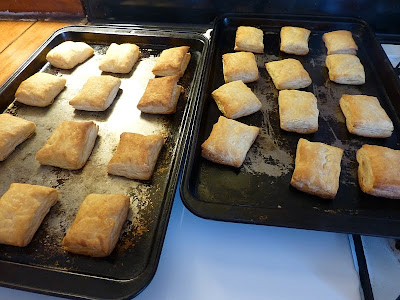 To make a Napoleon, just slice one of the pastries in half... 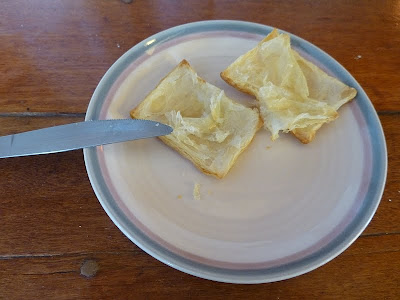 ...sandwich in some filling, and top with glaze. 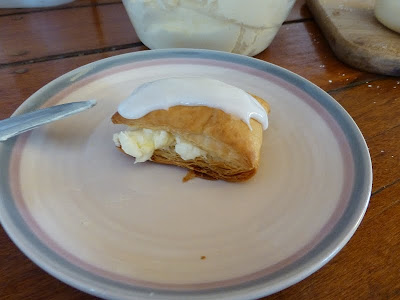 Ready to take to the potluck. 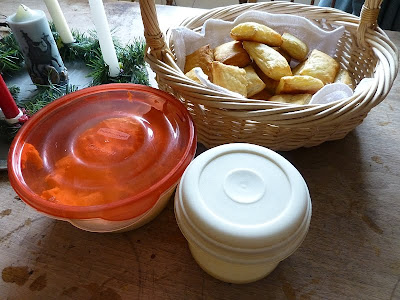 Posted by Patrice Lewis at 3:12 PM