One of our long-overdue chores (now that our busy season is over, yippee!!) is to move the cattle from the pasture-side of our property to the wooded side.

It was way past due. As you can see, there's nothing left for the beasties to eat. They had access to the neighbor's twenty-acre parcel also, but even so, pickings were slim. 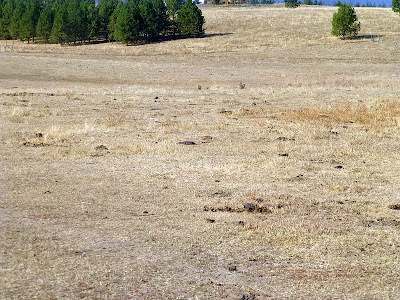 We didn't move them before this because we had some fences that needed repair, and we didn't have the time to repair them. But Don patched the fence today, so we decided it was time. We stationed the girls with push poles -- one blocking the driveway, the other blocking access to the barn. 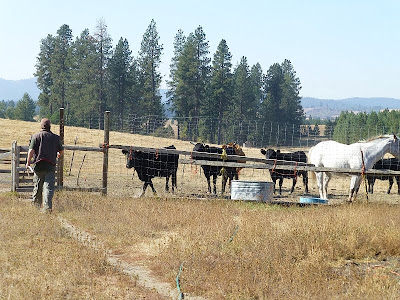 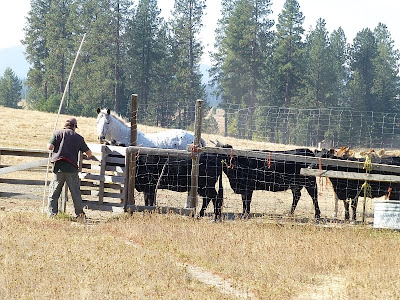 When Don opened the gate, they came bolting through. They knew exactly where to go. 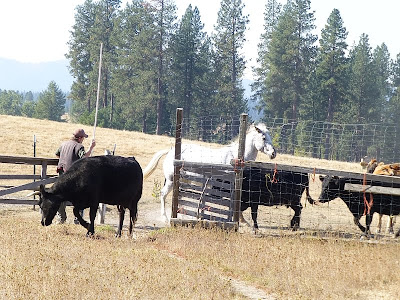 Stampede! (Except for stopping for the occasional bite of grass, of course.) 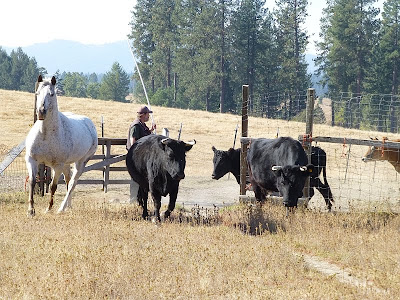 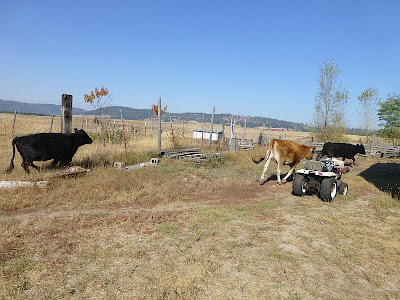 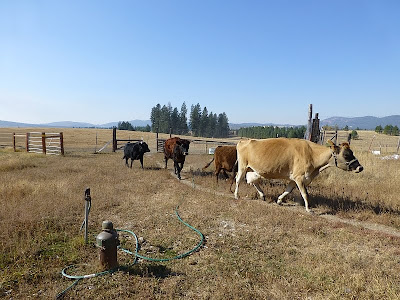 Within two minutes -- tops -- they were on the wooded side of the property, happily munching whatever greenery they could find. 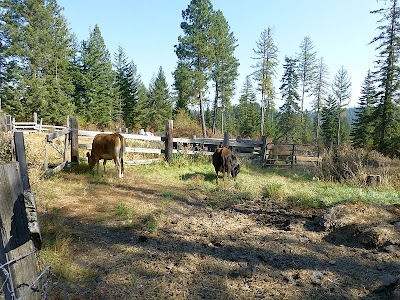 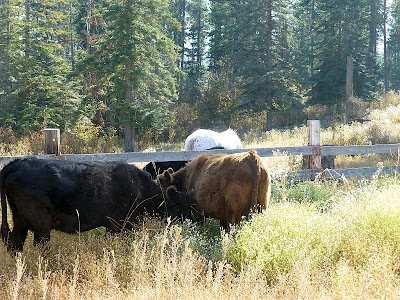 You never saw a more contented herd of cows. 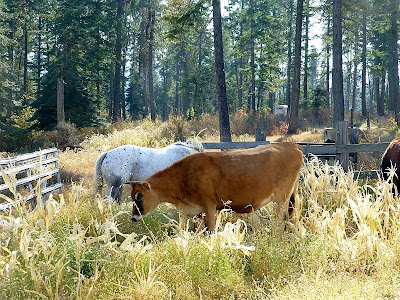 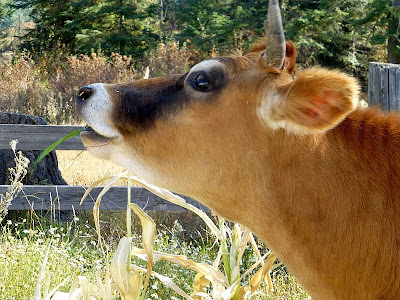 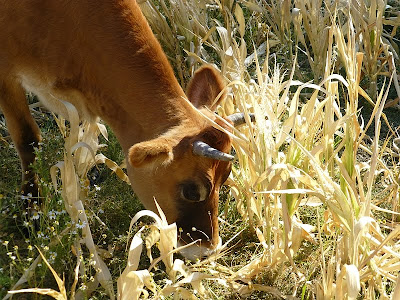 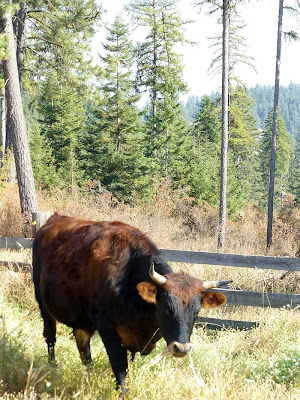 We've been bone-dry here for nearly three months, so grazing in the woods is limited at best. Thankfully rain is expected this weekend, but I suspect the cows won't find much more than about a week's worth of food. After that, we start feeding hay, and they'll graze here and there until there's snow on the ground. 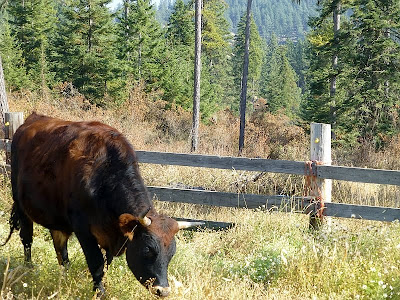 Posted by Patrice Lewis at 2:38 PM